Last year Cardinal Wilton Gregory of Washington “called on the US Congress to show courage and compassion and seize the opportunity to improve the rights of undocumented migrants,” Vatican News reported.

He claimed that the Roman Catholic Church “defends the doctrine that every human being has the right to live in security and dignity in his or her own country with opportunities for work.”

“However,” he said, “when the loss of these rights forces people to migrate to other countries, we must welcome them, protect them and generously share our wealth with them.”

The cardinal’s public statement reflects a growing activism among many on the religious left. This in no way reflects only positions held by leaders of the Catholic Church. Many religious denominations have expressed similar views.

It is unfortunate that religious leaders engage in partisan political rhetoric, but it has become a common occurrence. The cardinal’s testimony is misleading for several reasons.

First, there is no formal Christian doctrine like that espoused by Cardinal Wilton. There is no Christian teaching that every country should have open borders.

Cardinal Wilton did not entirely claim that such dogma existed, but he came close. “When the loss of these rights compels people to emigrate to other countries, we must welcome them, protect them and generously share our wealth with them.” Speaking to a public forum in his position as cardinal, he implied that there is such a doctrine. That was dishonest to him.

The leading Catholic theologian on the subject of church dogma was Thomas Aquinas. Nowhere in its teachings is there any implication that a country must open its borders to those who are not citizens. On the contrary, Thomas Aquinas explained that the real task of government is to control and protect the country’s borders and its citizens from all threats and to limit immigration.

Regarding citizenship, Aquinas acknowledged that government has a legitimate duty to ensure that immigrants are properly integrated into society before they can become citizens. Aquinas did not give a specific length of time that might be required for assimilation, but he quoted approvingly Aristotle, who stated that it might take two or three generations for an immigrant to become properly assimilated into society and be entitled to citizenship could.

Cardinal Wilton expressed no religious doctrine; he expressed his own personal political point of view. He is entitled to his political opinions, like all Americans. But it is dishonest to use his position as a member of the clergy to represent or imply that this leftist opinion represents a formal tenet of his religion. It doesn’t.

Are open borders a requirement of Christian teaching?

The left has boasted of a “pink tide” sweeping Latin America. This term refers to the political movements in many Latin American countries towards left-leaning governments. The best known of these are Cuba and Venezuela.

Hugo Chavez was elected President of Venezuela for the first time in 1998. He was re-elected three times. The results of his policies, continued by his successor Nicolas Maduro, were disastrous. Venezuela went from being one of the wealthiest countries in the world to one of the poorest today.

While there is some disagreement as to which countries are part of the pink tide, there is no doubt that countries like Mexico, Argentina, Bolivia, Honduras, Chile and Colombia have swung sharply to the left in recent years.

Op-Ed: Under Biden, America is losing its war with the cartels

We know what that means. The economic policies of the left-wing government inevitably lead to greater income inequality and greater poverty. They always do.

This, in turn, will put more pressure on America’s borders as citizens of these countries vote with their feet when they experience the consequences of their vote. The pink tide of left-wing governments is always followed by a wave of immigration from those who suffer from their policies.

And that’s really what this is about. The left hope and expects that illegal immigration will be followed by a path to citizenship, followed by growth in left electorate numbers. That’s why left-wing political leaders in the US want to import these new voters.

When they become naturalized citizens, they will vote in the same way as in their home countries. They will vote in such a way that many Americans will also “lose their jobs”.

That seems counterintuitive. One would think that these immigrants would have learned from their experience of socialist governments that it always ends badly. But data on voting behavior in the US shows that this is not the case.

If religious organizations really want to serve the poor of Latin America, they have more than enough opportunity to do so. The Latin American countries these immigrants come from are all predominantly Christian countries. The Christian churches in these countries are very influential.

There was ample opportunity to help them in their home countries before they “lost their jobs”. The religious leaders might have helped them by enlightening them about the many blessings of free market capitalism and the horrors of socialism.

These religious leaders decided against it. They preferred to remain silent on the subject. If they really wanted to serve the poor, that would have been the way to go. And they failed miserably. 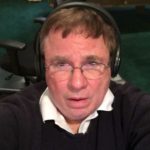