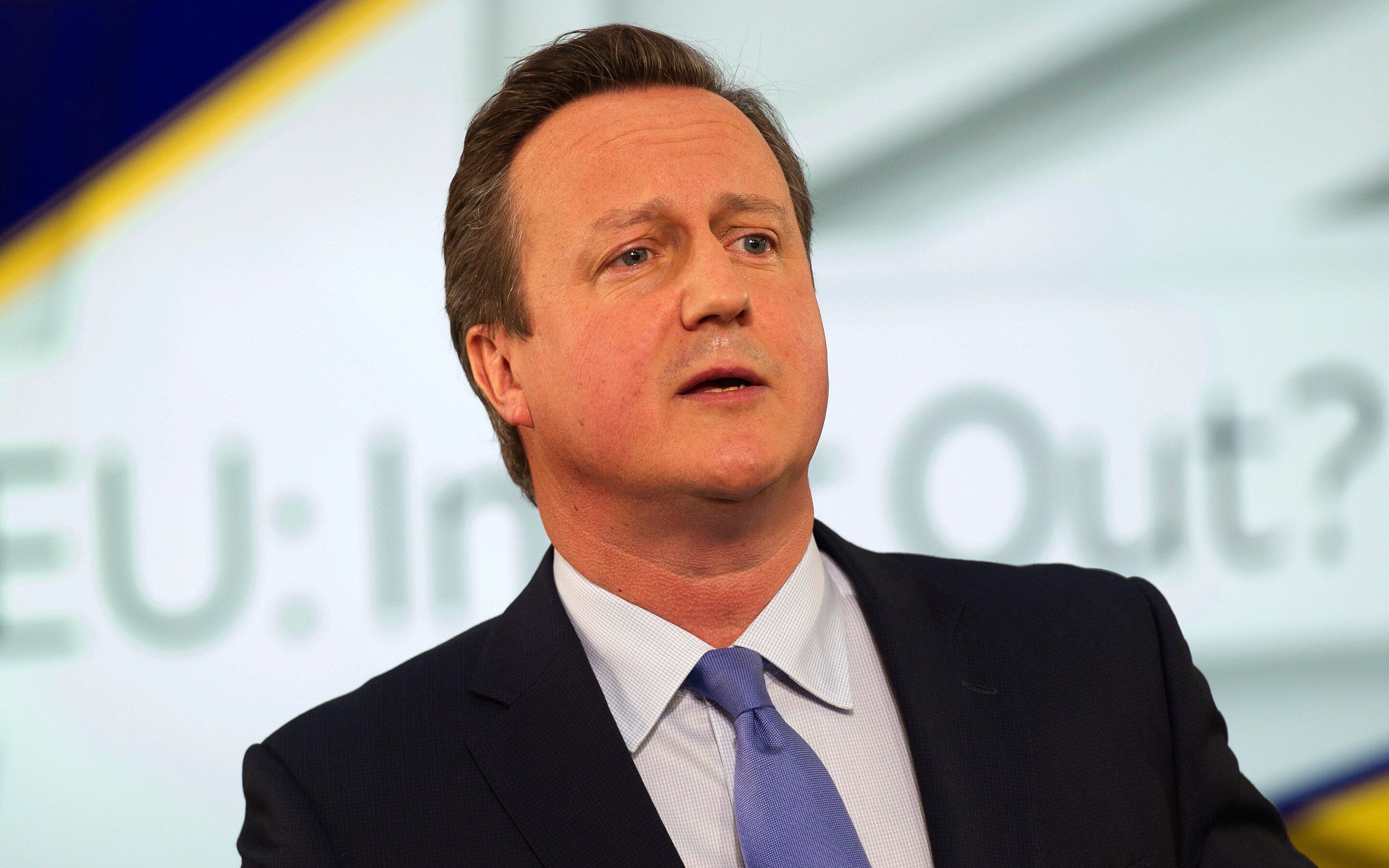 SIR – David Cameron said during his Sky TV appearance: “We can stay in the EU and control immigration.”

Then why doesn’t he?

SIR – In his Sky TV interview, David Cameron’s only response to a question about immigration control was to claim that Brexit would “destroy” the UK economy.

I would like to remind him of his own words last November before his failed renegotiation: ‘Let’s face it, Britain is an amazing country. We have the fifth largest economy in the world. We are a top 10 manufacturer. We have incredibly strong financial services. The world wants to come and do business here. Look at foreign investment records. Check out the guides beating the path to our door to come see what’s happening to the economy of this great country. The argument is not whether Britain could survive outside the EU. Of course it could.”

One can only conclude that he himself became a victim of Project Fear – in his case, the fear of losing the vote.

SIR – William Hague suggests that those in favor of leaving the EU “don’t really know, or at least disagree among themselves, what Britain should try and do if we do leave”.

For starters, how about controlling our borders and taking back control of our courts?

SIR – Allister Heath rightly points out the significant risks of remaining in the EU. Far from offering security, the EU’s failure to deal with the economic and social crisis it is facing is increasingly undermining stability.

We need only consider the record high levels of youth unemployment in some of the poorest member states, the hundreds who have drowned in the Mediterranean over the past week, Daesh now knocking on Europe’s door in Libya, and the extreme nationalism resurgent in countries like Greece , Austria and even France to see just how catastrophic the consequences of the next, inevitable eurozone crisis will be.

I fear that this growing instability closer to home will also jeopardize many of the recent achievements – getting the economy back on track, containing the deficit and securing record employment levels. Voting to remain is not the safe option the Remain camp would have us believe.

SIR – It is too late for EU leaders to ask us to stay. If they valued our membership, why weren’t any real reforms made and concessions made during Britain’s renegotiation?

Most ironically, Angela Merkel, the German chancellor, said Britain must stay to have any say in EU policy, but earlier this year blocked Britain from imposing restrictions on free movement.

SIR – I have never heard of a club harassing and blackmailing members into renewing their membership. If a member wishes to resign they will usually be politely asked why and the club will do everything possible to keep the membership.

https://www.telegraph.co.uk/opinion/2016/06/03/letters-camerons-argument-for-the-eu-is-that-britain-is-too-feeb/ Letters: Cameron’s argument for the EU is that Britain is too feeble to make its own way in the world

the book was beloved but this TV adaptation is just creepy

Wakefield By-Election: Will Voters Return To Labour Despite Doubts About Keir Starmer?

If You See Red When Faced With Rudeness, This Might Be Why