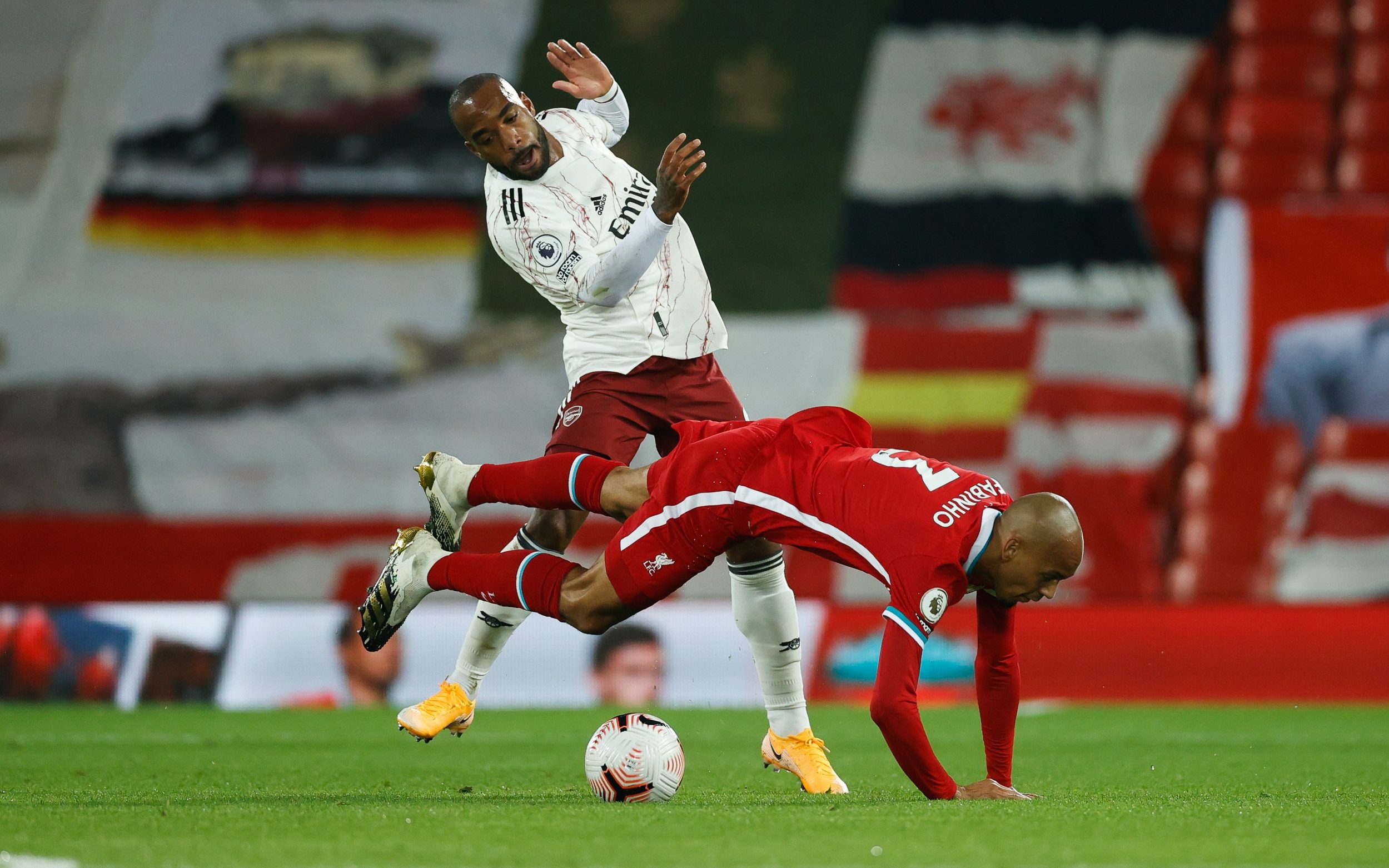 “Outstanding,” said Klopp. “If you play like Trent played tonight, fully into the game, then you can do those things. He’s a world-class player, not just offensively. Does he always play world class? no I don’t know any player who does that. But it’s his potential.”

Arsenal had no answer to Alexander-Arnold’s energy down the right wing and they had no answer to Mohamed Salah and Jota’s superb finishing after the break. Mikel Arteta’s side were missing a number of key players, yes, but this side is certainly capable of playing far better. Arsenal were cowed, unable to get out of their own half or play their own game.

“I’m in shock,” Arteta said. “They were better in every department and deserved to win the game by their margin or even more. I take responsibility for how we played. The basics weren’t there. If you do that against an opponent like that, you will be punished.”

Arsenal will of course be a more dangerous side when Bukayo Saka and Emile Smith Rowe return from injury, although it will have troubled Arteta to see Aubameyang, Alexandre Lacazette and Nicolas Pepe play together so sadly. These are the three most expensive players in the club’s history, having been signed for a combined £175m but this was their first start together of the entire season. We won’t see a line-up like this again any time soon.

“I don’t care who’s missing,” said Arteta, who was also without David Luiz and Granit Xhaka and then lost Kieran Tierney to injury before the break. “That’s an excuse. I hate excuses.”

No game in the Premier League has scored more goals than this one over the years, although it soon became clear that Arsenal had no intention of letting it become another open, chaotic affair.

Arteta’s side thrived in this game last season by sitting deep and taking chances when they came. That night it was a show of respect for Liverpool, then the league’s standout team, and further proof of the quality gap between the two clubs.

Circumstances have changed since then but Arsenal have once again been forced to adopt a similar strategy. They backed away, getting farther and farther from the opposition goal as Liverpool took control. “The result is the result of the performance,” said Klopp.

Fabinho, reinstated in midfield, was fundamental to Liverpool’s dominance. Every time Arsenal tried to escape, he locked them up again. James Milner came close twice, Sadio Mane forced a save from Bernd Leno and Roberto Firmino blasted from distance before half-time.

https://www.telegraph.co.uk/football/2021/04/03/arsenal-vs-liverpool-premier-league-live-score-latest-updates/ Liverpool as impressive as Arsenal are poor in easy win at the Emirates