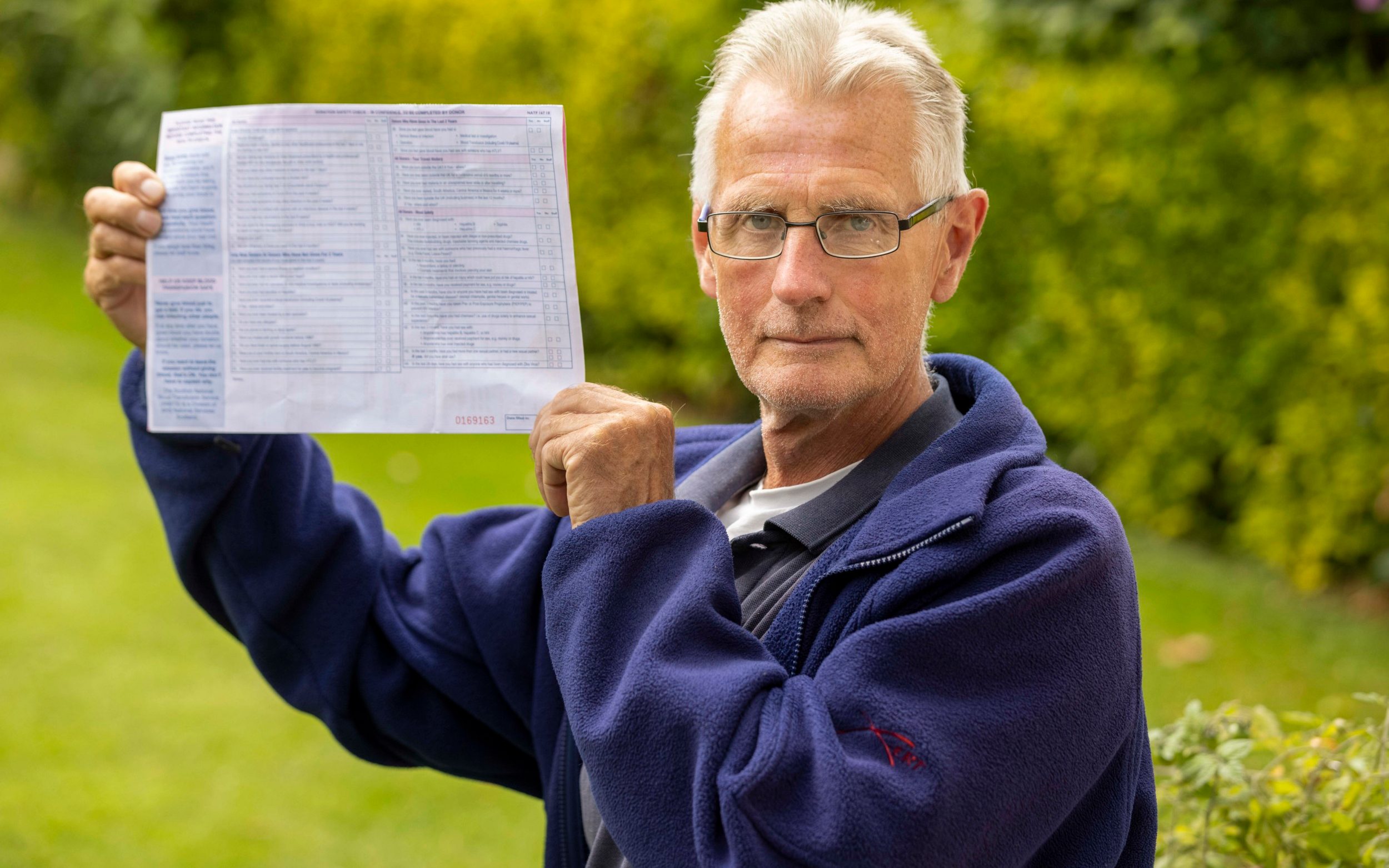 A male blood donor has been turned away after he refused to say if he was pregnant.

Leslie Sinclair, 66, a retired engineering company driver, is a committed donor who has donated 125 liters of blood over the past five decades.

However, on his recent trip to the Albert Halls Hospital in Stirling, Scotland, he was banned from donating after saying it was unnecessary to answer a question on a form asking if he was pregnant, as he is a man in his 60s, MailOnline report.

Staff at the clinic said they couldn’t accept his blood if he didn’t answer, arguing that it’s not always clear if someone is pregnant and the policy to “encourage inclusivity” is in place.

Pregnant women or those with a baby under the age of six months are not allowed to donate blood.

The father-of-two said he had been donating blood since he was 18 and had never had any problems before.

He told MailOnline: “There’s always a form to fill out and that’s fine – they tend to ask about medical conditions or illnesses – and that’s clearly because the blood has to be safe. This time there was a question I hadn’t seen before: ‘Are you pregnant or have you been for the past six months?’ which required a yes or no answer.

“It makes no sense and makes me angry because vulnerable people, including children, are waiting for blood and need help urgently. But they were refused my blood because they were bound to answer a question that can’t possibly be answered.”

Professor Marc Turner, Director of the Scottish National Blood Transfusion Service, said: “We appreciate the support of everyone in our donor community and thank Mr Sinclair for his dedication over many years.

“As a public body, we recognize the changes in society in how such questions can be asked without discrimination and have a duty to promote inclusion – so all donors are now being asked the same questions.”

https://www.telegraph.co.uk/news/2022/06/18/male-blood-donor-refused-say-pregnant-turned-away/ Male blood donor who refused to say if he was pregnant turned away

The 30-minute guide to preparing the house for visitors, post-lockdown

We Love Pride, And So Do Our Kids

Sorry, But These Gross Parasitic Mites Live On Your Face And Have Sex