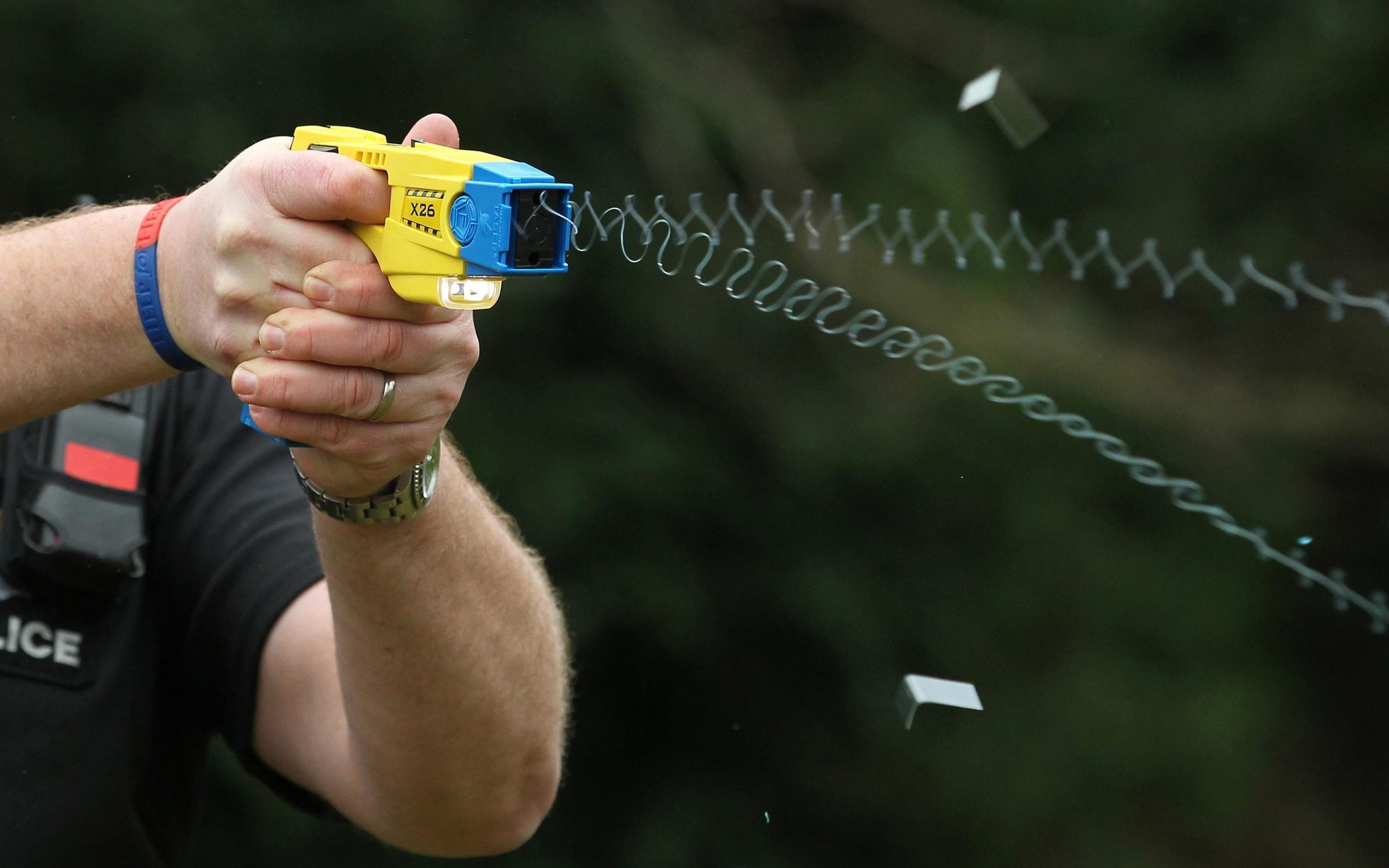 A man who fell into the River Thames after police shot him with a taser has died, the Independent Office for Police Conduct (IOPC) said.

Police were called to Chelsea Bridge Road, west London, on Saturday morning after receiving reports a man was armed with a screwdriver and was shouting. He was rescued from the water and taken to the hospital in critical condition.

The IOPC, the police watchdog, said on Sunday the man died in hospital in his early 40s and an independent inquiry is ongoing.

Steve Noonan, the IOPC Director, said: “We have spoken to the man’s family to express our sincere condolences and to explain our involvement.

“Our sympathy goes out to them at this terrible time. Our independent investigation into the police actions at the bridge is ongoing and we have begun to collect and review evidence.”

The Taser used is analyzed

The watchdog said: “We were notified by the Metropolitan Police on Saturday and dispatched investigators to the crime scene and police procedure following the incident to begin our investigation.

“Initial information indicates officers were responding to reports of a disturbance when they encountered the man on the bridge. Tasers were used during the incident.

“Investigators have recovered police video footage worn on the body and initial reports have been obtained from the officers involved. The Taser used was also collected and is being analyzed. Investigators oversaw the forensic examination of the crime scene.”

The Metropolitan Police said officers arrived at the scene and challenged the man before a taser was fired. However, the force said this “did not allow officers to safely restrain him” and that the man “subsequently entered the river”.

A rescue operation was launched and the man was pulled from the water by the Royal National Lifeboat Institution and taken to hospital. The force said his family is being supported by specialist officers.

Commander Alexis Boon said: “My thoughts are with the man’s family at this very difficult time. I offer you my sincere condolences on your tragic loss.

“Officials go to work every day to keep the public safe and as such any incident where a person is harmed following contact with the police is understandably a cause for concern.

“Our officers face some of the most challenging and difficult situations on a daily basis, fully aware that their actions should rightfully be subject to public scrutiny.

“The Met’s Directorate of Professional Standards referred the Independent Bureau of Police Conduct immediately following this sad incident, and we will work fully with them as they work to understand the full circumstances.”

https://www.telegraph.co.uk/news/2022/06/05/man-plunges-thames-tasered-police/ Man who plunged into Thames after being Tasered by police dies in hospital

12 Quick Fixes To Save Your Home From Spills, Stains And Scribbles