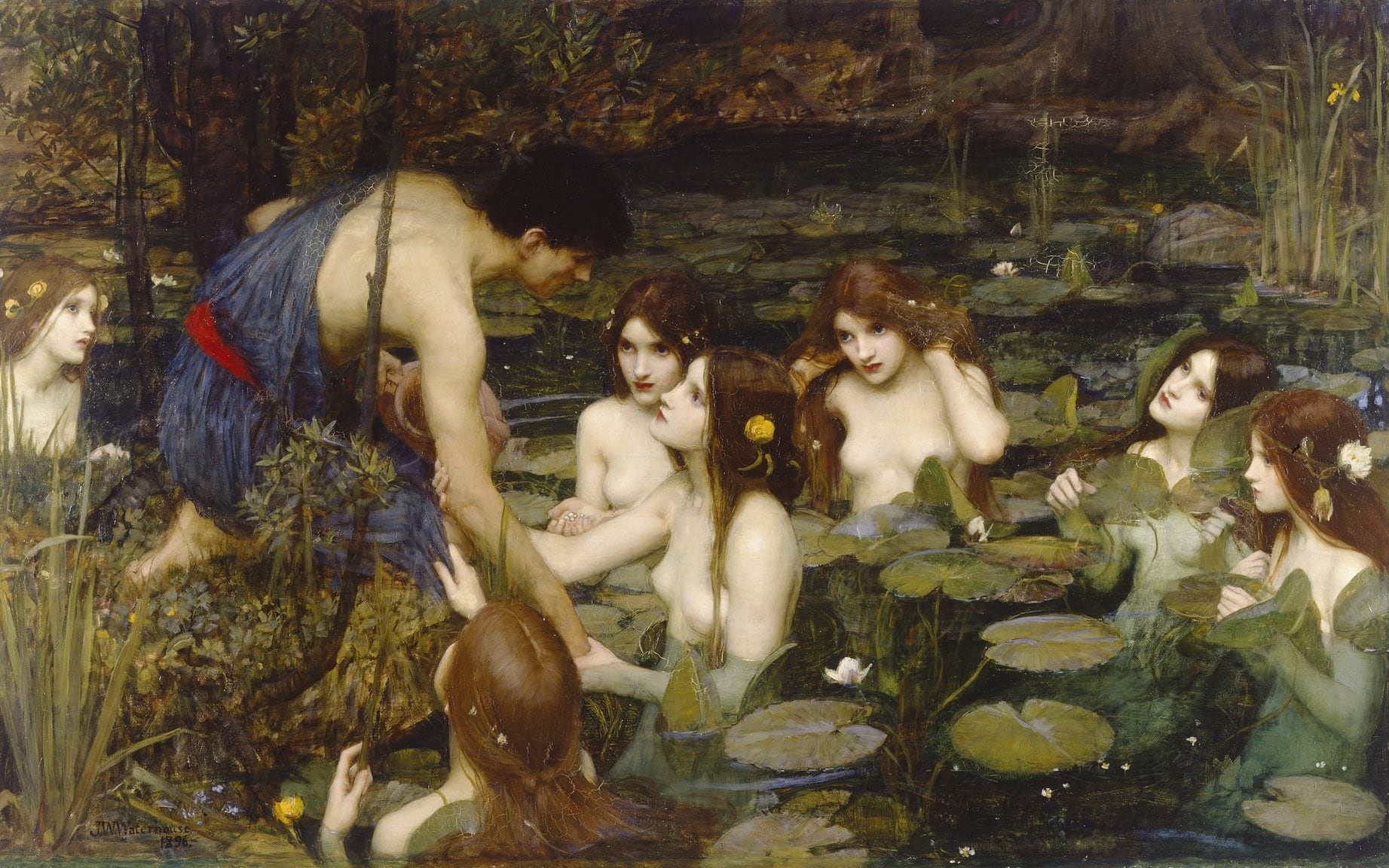 A famous painting by JW Waterhouse has been removed from exhibition at Manchester Art Gallery, in an act the museum says aims to “represent this Victorian fantasy” of the “female body as either a ‘passive decorative form’ or a ‘ femme fatale'”. .

Inspired by Greek mythology, Waterhouse’s 1896 painting Hylas and the Nymphs depicts a young man being kidnapped by naked water nymphs and usually hangs in a room with 19th-century artwork entitled In Pursuit of Beauty.

Clare Gannaway, the museum’s curator of contemporary art, has called the In Pursuit of Beauty collection a cause for “embarrassment.” Gannaway told the Guardian that recent anti-sexual harassment campaigns such as Time’s Up and #MeToo influenced the decision to remove the painting.

“For me personally, it’s embarrassing that we didn’t take care of this sooner. Our attention was elsewhere,” Gannaway said. “We both forgot to look at this space and really think about it… It wasn’t about denying the existence of specific artworks.”

The decision sparked a backlash on social media. dr Cath Feely, Lecturer in History at the University of Derby, described Hylas and the Nymphs as “one of the jewels of a public collection”. Waterhouse, whose painting The Lady of Shalott is on permanent display at Tate Britain, is one of the best-known Pre-Raphaelite artists.

Britain’s Eurovision Song Contest entries: where are they now?