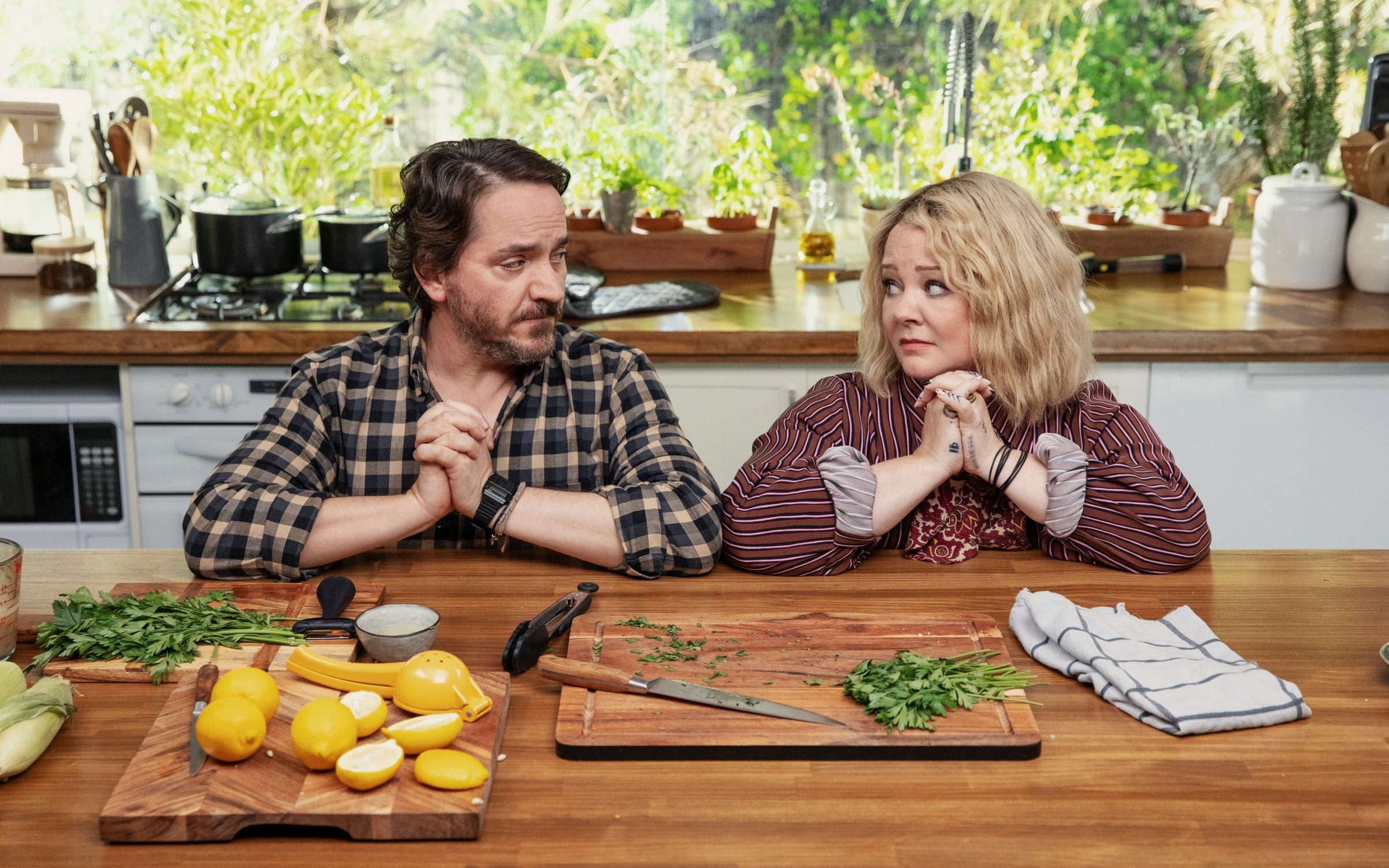 The Netflix series God’s favorite idiot is a comedy about a humble IT support worker named Clark Thompson who is struck by lightning one night and learns that he has been chosen by God to save the world from Satan. “Oh no. Really?” says a dismayed Clark as a visiting archangel lays out the details.

The comedy derives from the fact that Clark (Ben Falcone) is an unlikely man for the job, chosen — as explained by God in a later episode — because he’s “sweet and easy as pecan pie.” As one of his biggest hobbies he says “having nice conversations”. Clark doesn’t seem like an idiot, just a shy guy whose life consists of being respectful of his colleagues and caring for his cats.

But a character like Clark needs a balance, and that comes in the form of Melissa McCarthy’s Amily Luck (there’s a reason her name is Amily and not Emily, but I don’t want to bore you with that). McCarthy does not participate in the series so much as to destroy it. On occasion, writers and directors have managed to tease out McCarthy’s performances in a more subtle way – she did quite well in Can You Ever Forgive Me?, the film starring Richard E Grant – but the creator of God’s Favorite Idiot is Ben Falcone. And Ben Falcone is married to Melissa McCarthy. So he gave her carte blanche to do her trick of being loud, boorish and generally intolerable, under the delusional belief that everything she says or does is hilarious.

Amily talks non-stop about recreational drug use, rides her scooter down the sidewalk, and yells at people. She is aggressively unfunny. Despite this, Clark is in love with her and they start a relationship – opposites attract and so on. So the series is an apocalyptic workplace sitcom – there’s a supporting cast of co-workers – with a little romance.

If McCarthy would just dial it down and we could focus on Clark, this would be a fun, light-hearted watch. Some details are amusing: Clark’s powers are not only evident in the fact that he suddenly lights up like a firefly, but also in the fact that the Harry Styles song Sign of the Times sounds at regular intervals. Then again, for every witty move, there’s a horrible attempt at getting laughs, like a running gag about Clark’s bowel movement. I suspect this will not be anyone’s favorite series.

The Upside Down: How Was It Created?