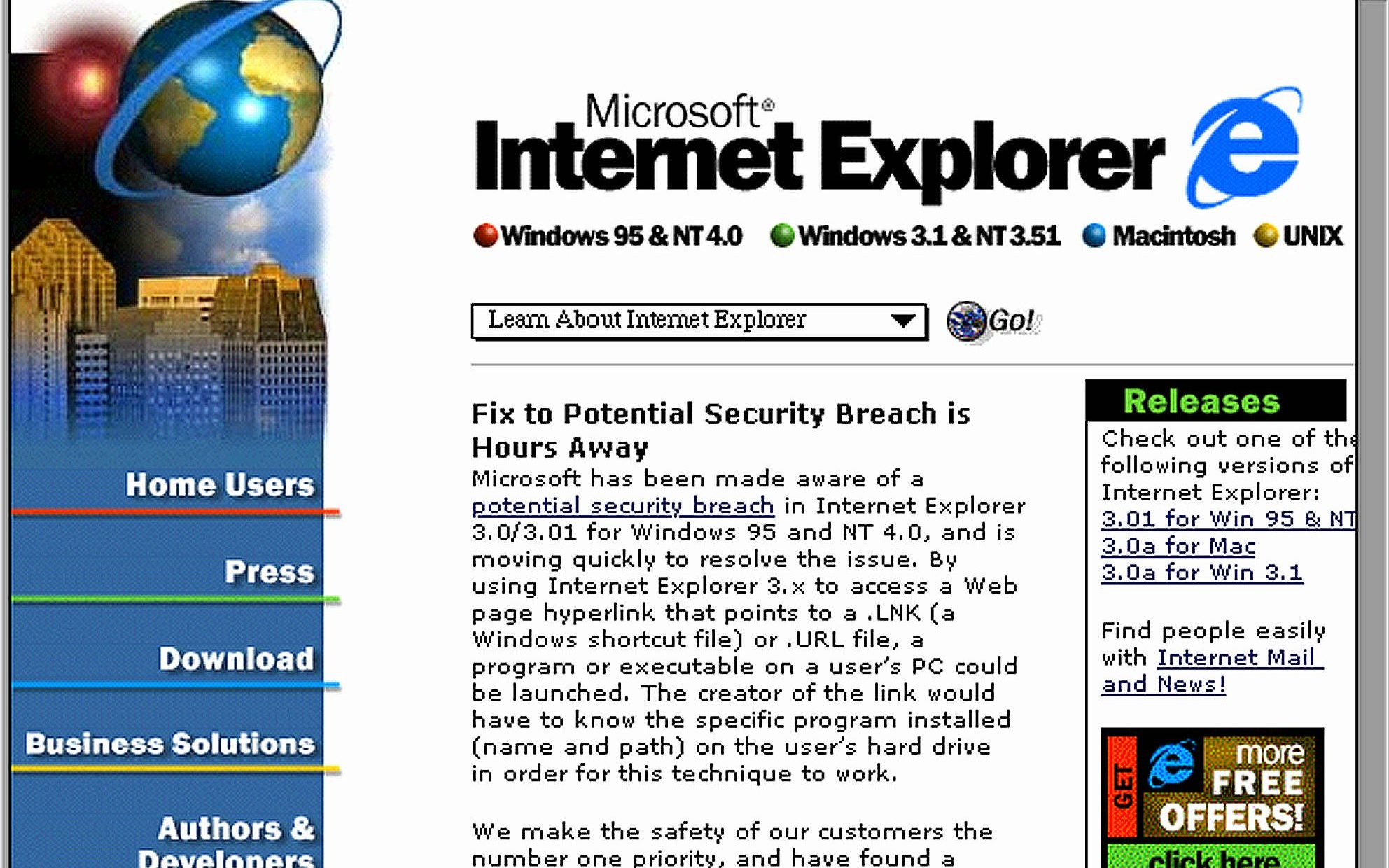 Microsoft will shut down its Internet Explorer browser on Wednesday after 27 years, closing the book on how many people were first introduced to the Internet.

Internet Explorer will be “retired” starting June 15, meaning most consumers attempting to open the application will be directed to Edge, Microsoft’s newer browser, instead. Microsoft will begin disabling the software completely over the coming months.

Microsoft released Internet Explorer in 1995 to challenge the then-dominant Netscape Navigator during the dial-up era. Bill Gates’ decision to install the browser by default with Windows threatened Microsoft’s future in the late 1990s and early 2000s, when it led to stiff competition from US and European regulators.

Microsoft introduced Edge in 2015 and phased out Internet Explorer. However, according to numbers from Net Market Share, the browser is still used by about 5.2 percent of desktop web users.

Internet Explorer was once the dominant browser but struggled to keep up with innovations like Firefox and Google’s Chrome. B. tabs and pop-up blockers, and was considered clunky. The dominance of Apple and Google in mobile operating systems meant that the browser was not able to establish itself on smartphones.

Repeated relaunches failed and Microsoft introduced the Edge browser in 2015 alongside the Windows 10 operating system.

Although the company is throwing its efforts behind Edge, many companies continue to use internal applications that run on Internet Explorer. This means that the shutdown could potentially disrupt everyday office life. Microsoft added an Internet Explorer mode to Edge to allow these applications to stay active, while some specific versions of Windows used by IT departments support the software. Windows 11, the new operating system introduced last year, does not run Internet Explorer.

Google’s Chrome is the dominant web browser on desktops with around 70 percent of the market, followed by Edge and Firefox. In 2013, the EU fined Microsoft €561 million (£486 million) for not offering users a choice of browsers when installing Windows.