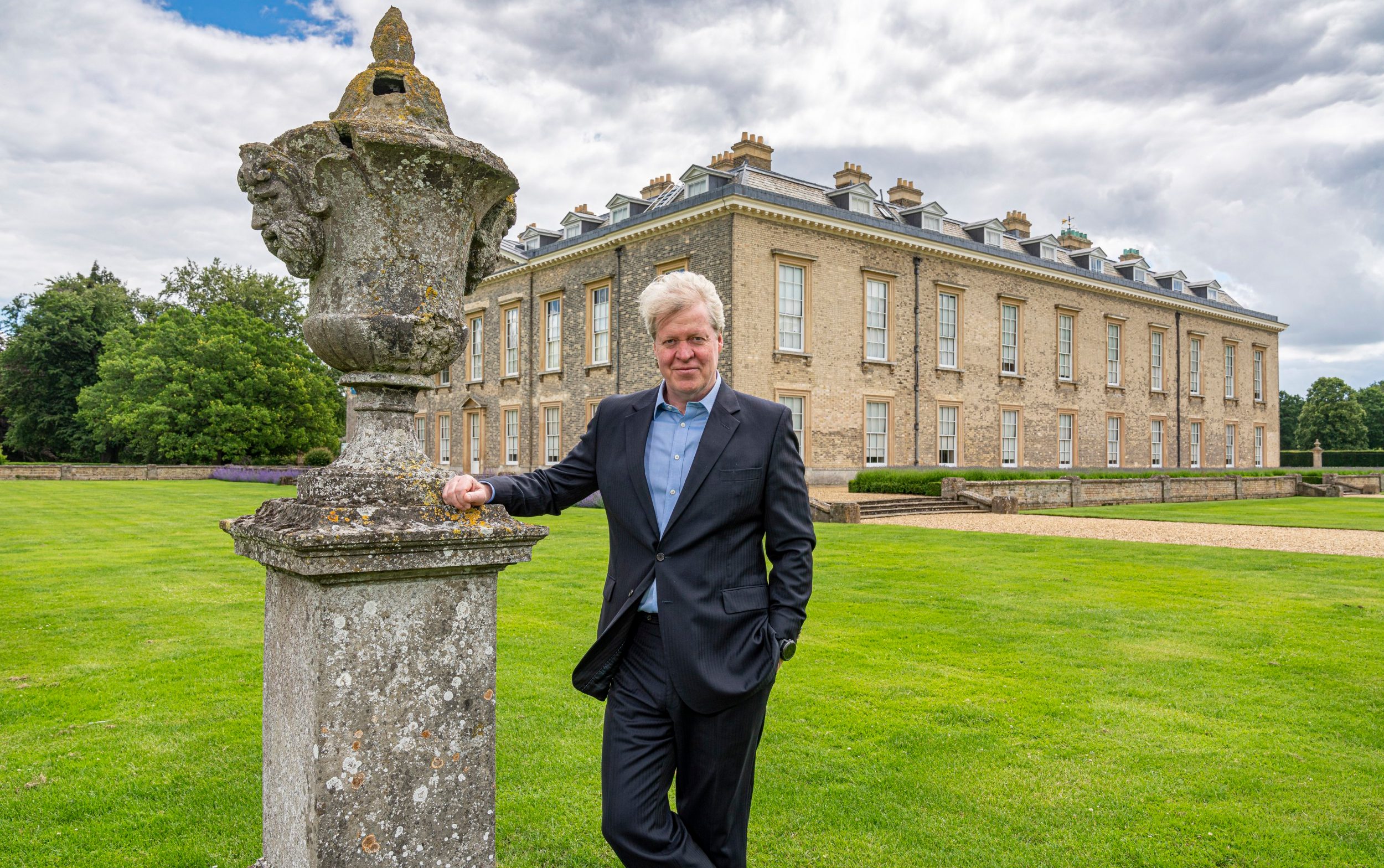 My grandfather, Jack Spencer, was more of a curator than a traditional Victorian aristocrat. He loved history and he particularly enjoyed sharing it with others. The last time I saw him, a fortnight before he died, he came into my private school on my 11th birthday and handed me a tissue-wrapped bundle of books celebrating Britain’s military past – he had been a wounded bodyguard in the Great War . I still have those books.

Closer to home, my grandfather had told me about ‘Olla’s Thorp’, an Anglo-Saxon village which he said had stood somewhere in Althorp Park 1,000 years ago. It had been wiped out by the Black Death in the mid-14th century, he thought. Always a lover of history, this story captured my imagination then and has fascinated me ever since.

My grandfather’s best guess as to the whereabouts of the Lost Village was a mysteriously shaped stretch of park near the back gates, up the hill from Althorp’s West Lodge. Whilst the surrounding country features the rolling ‘ridge and ridge’ waves that are typical of unspoilt parts of the Northamptonshire countryside, this area is very different. There is clearly something man-made underneath, and it must be extremely old, as 300-year-old oak trees sprouted in large numbers from this mysterious patch of earth.

About a year ago, with the gloom of Covid as a suitable backdrop for pestilence and lockdown upon us, it seemed like the right time to start looking for Ollas Thorp. I had recently published a non-fiction book, The White Ship, the central tragedy of which was the end of the Norman dynasty in England. All in all, it felt like the right time to revisit the childhood story my grandfather left me – a story that is not wrapped in tissue paper, but mysterious.

I have checked the reference to this settlement in the Domesday Book where it is called ‘Olletorp’. (Althorp is a place that has had a dozen names and due to its long history still has two accepted pronunciations – “Awl-thorp” and “Awl-squad”. I seem to alternate between the two.) Domesday was a statewide estimate of the entire property in England presented to William the Conqueror 20 years after the Battle of Hastings so that he would know exactly what revenue to squeeze out of his rich prize England.

Domesday determined that there were 10 houses in Olletorp. It had had two owners when the Normans conquered England, one named Tosti and the other – less impressively – known as Snatterton. The conqueror deprived them of their land, which comprised eight hectares of meadows and two woods: thanks to the Norman bureaucrats of the time we know that it was then worked by two plow teams with three smallholders and three slaves, and that was enough land to one support man at arms. William gave it to one of his most important supporters, Robert, Earl of Mortain, as a reward for his loyalty.

https://www.telegraph.co.uk/family/life/earl-spencer-dig-unearth-secrets-althorp/ My dig to unearth the secrets of Althorp

Indonesia, Portugal and South Africa mull digital-nomad visas, but how to define exactly what ‘work’ is and where it is happening?

4 rare, unique whiskies with stand-out flavour and design, from the Macallan 72 Years Old in Lalique to decades-old bottles from Glenlivet and Yamasaki