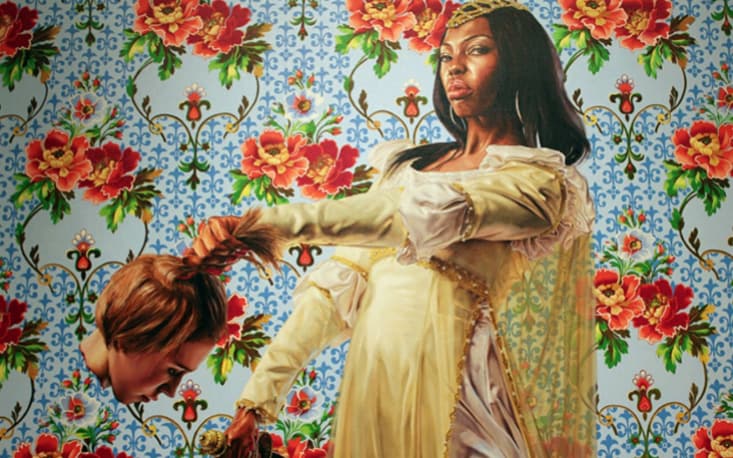 The portraits were part of an exhibition in which his paintings featured only women and not the young African American men he would scout on the street and depict in poses seen in classic European artwork. Judith’s sitter was Triesha Lowe, a housewife whom Wiley discovered in a Brooklyn mall.

The North Carolina Museum of Art Foundation’s description of the work reads, “Wiley translates this image of a brave, powerful woman into a contemporary version that resonates with anger and righteousness.”

This Is Really Why Jamie Foxx Changed His Name