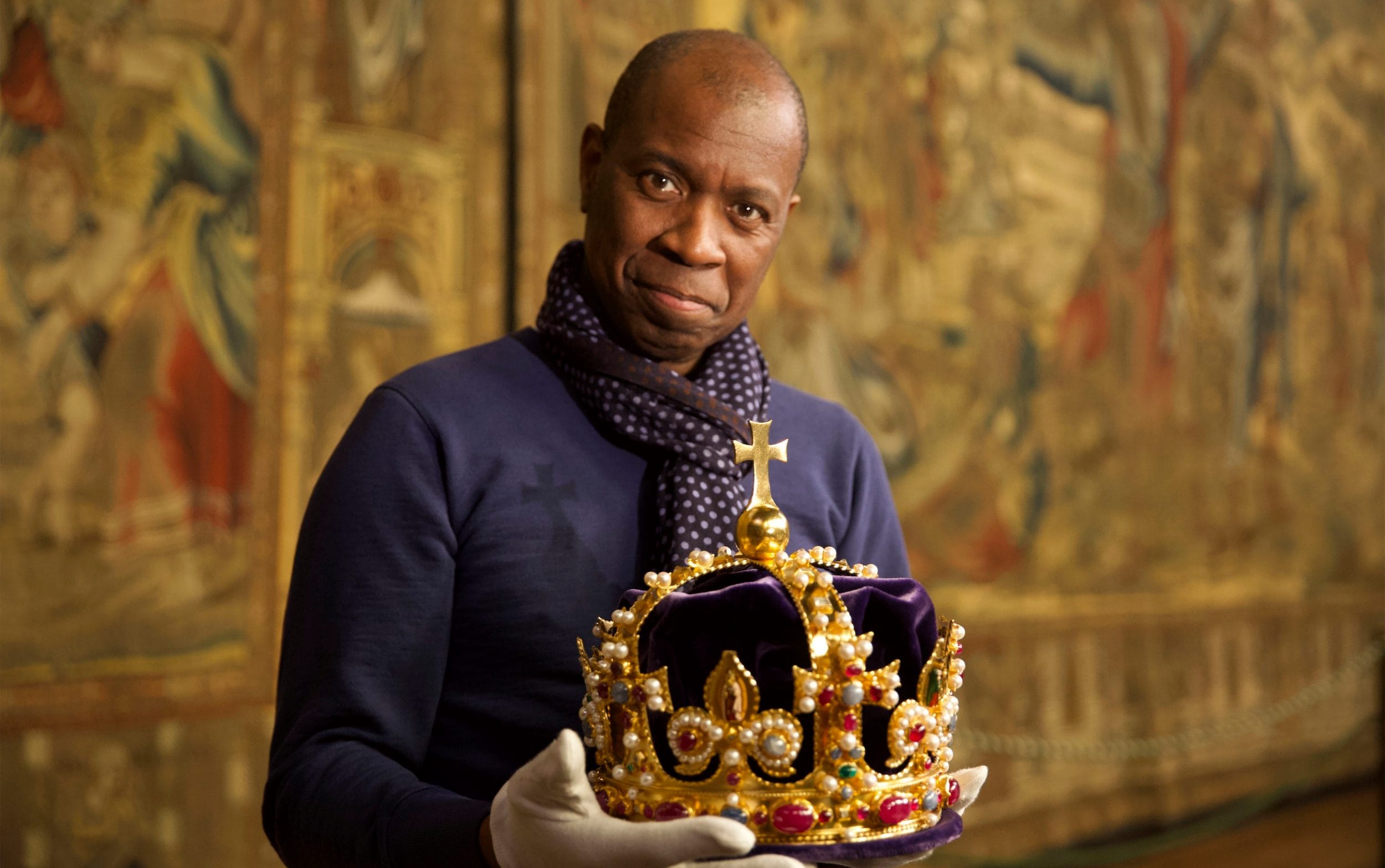 Where is the soul of the nation? In a piece of paper like Magna Carta? Or a building like the Houses of Parliament or Buckingham Palace? The Crown Jewels (BBC One) had a different answer: in a stone.

Specifically, in a ruby ​​red sapphire the size of a pumpkin ball, the color of a stiffening bruise. That was St Edward’s Sapphire. Said to belong to Edward the Confessor, it is the oldest of the Crown Jewels and has sat on the monarch’s head in the Imperial State Crown at the Opening of Parliament since the Restoration. It predates the Norman conquest and embodies the 1,000-year continuity of the royal family. And you could put it in your pocket.

The crown jewels themselves are, of course, far less wearable. In fact, they are almost as immobile as the building they stand in – the Tower of London – and are worth so much that, as one expert put it, you “take the number of gems in the collection and so many zeros.” might add”. Well, there are nearly 24,000 gems in the jewels and 13 crowns, and taken together they represent “the history of our islands, for better or for worse,” as presenter Clive Myrie put it.

Maybe that’s why this documentary felt so unwieldy. Bound in metal and gem, Britain’s history turns out to jingle like a cast gold crown fumbled onto a tiled floor. It wasn’t Myrie’s fault. His sparkling gravitas – so impressive in the BBC’s coverage of the Ukraine War – paired well with this anniversary t-shirt. But his presence felt like a missed opportunity. “As a child of Empire, there was no positive connection [the Jewels] for me,” Myrie said. In fact, he was only persuaded to visit her for the first time when he spotted an ad on the subway featuring a young boy, black as he was, fascinated by the sight of a crown in all its gilded glory.

But the troubled story of the Koh-i-Noor diamond – taken from its owner, 11-year-old Maharajah of Punjab Duleep Singh, during Queen Victoria’s annexation of Punjab – was only briefly touched upon. “[It’s] for many people a symbol of colonial humiliation,” explained journalist and presenter Anita Anand. She recalled visiting it as a child with her Indian relatives: “I learned a lot of swear words in Hindi.”

But this spiky material didn’t quite fit The Crown Jewels’ otherwise cozy format. There was a section where Myrie had fun making a gold cross and tying it up endearingly as it is contractually obligated to presenters of historical television. And he slipped around in a row of fancy scarves that said ‘fascinating’ while experts pointed things out – stones, old books, more stones! – to him. Some of these things was fascinating: the only item from Charles I’s royal treasury to survive Cromwell’s kilns was a coronation spoon; It was saved by a courtier who bought it at auction and presented it to Charles II after the interregnum. But there was an agonizing lack of an emotional line, a thread of personal connection that would tie the material together.

In truth, there is only one person for whom these jewels have a real personal connection. And she appeared in an archive interview from 2013. Presented with the St. Edward’s Crown, which she wore when she was crowned at the age of 27, Her Majesty was mischievous and wry. She is the only living person to have felt a weight on her forehead, but there was no feeling of heaviness on the head; Instead, she flipped it playfully, like someone confronted with a once-loved, now-forgotten toy. “Weighs a ton,” she remarked. Had Her Majesty laid it out since 1953? “No I haven’t. Thank God.”

https://www.telegraph.co.uk/tv/0/crown-jewels-review-briefly-acknowledged-elephant-room/ only briefly acknowledged the elephant in the room

The Friends Role That Leah Remini Auditioned For

From The Last of Us to Fall Guys