Earlier this year, the world watched in horror as a young, healthy footballer named Damar Hamlin fell to the ground after suffering cardiac arrest during a game.

With his heart no longer supplying blood to his brain, he lost consciousness and required immediate medical attention to prevent permanent disability or death.

Buffalo Bills assistant athletic coach Denny Kellington understood the gravity of the situation and heroically performed CPR while nervous fans watched from the stands. Shocked and frightened, Hamlin’s teammates surrounded him, shamelessly knelt in a tight circle, and called out to God in prayer.

After an agonizing 10 minutes, Hamlin was rushed to the hospital in critical condition. Saddened by what happened, countless people shed tears and prayed for a man who had his whole life ahead of him, a man too young to die.

Dan Orlovsky, a commentator for ESPN, even stopped during a live show and prayed for Damar: “God, we come to you in these moments … because we believe that you are God and to come to you and pray to you.” has implications.”

Three days later, Hamlin’s doctors announced that he was neurologically intact and slowly awakening. After a week he was allowed to return to Buffalo. Two weeks passed and he was back at the Bills’ team facility talking to his teammates. God turned tragedy into triumph as only He can.

As frightening as the ordeal was, it was necessary for our nation. God used this moment to remind us what so many have forgotten:

• The value of a beating heart

• The importance of unity

• The power of prayer

I spent many years as a Counselor at a Life Affirming Pregnancy Center and when I saw what happened I couldn’t help but think of the millions of hearts that abortion has deliberately and violently stopped.

Damar’s trainers, paramedics, doctors and nurses fought for his life and their efforts were rewarded. Unfortunately, many people today are not fighting for saving lives, but for the right to take them.

I wonder if that would change if our nation started waking up and realizing that Damar’s heart miraculously started beating again on the football field, not for the first time but for the second time. The first time was five weeks after he was conceived in the womb. His heart was as precious then as it is now.

Joseph: Biden tried to quote the 9th Amendment but made a huge mistake – he has no idea what that amendment means

If our world had the same compassion, urgency, and prayer for babies in the womb, over 65 million hearts (in the United States alone) would be beating, and the hearts of countless mothers and fathers would not be broken.

On January 22, 1984, President Ronald Reagan declared the third Sunday of January as National Day for the Sanctity of Human Life. We can celebrate and honor this day by fighting for the lives of others, exposing the tragedy of abortion, and standing up for those who cannot speak for themselves.

One of the easiest ways to protect babies in the womb is to be a vote for them at the ballot box. With abortion laws now in the hands of every state, our voice to protect the sanctity of life is more important than ever. My belief voices works to motivate and equip Christians across the country to vote for candidates and policies aimed at protecting the most vulnerable.

I pray that the alarming picture of a young life nearly dead will evoke the same response of tears and prayers for the most helpless among us. Like Damar’s trainer, let’s fight heroically for every heart. 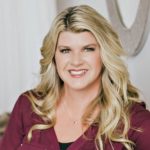 "I can kick as good as the Dallas Cowboys' kicker"

The Collapse of the Economy