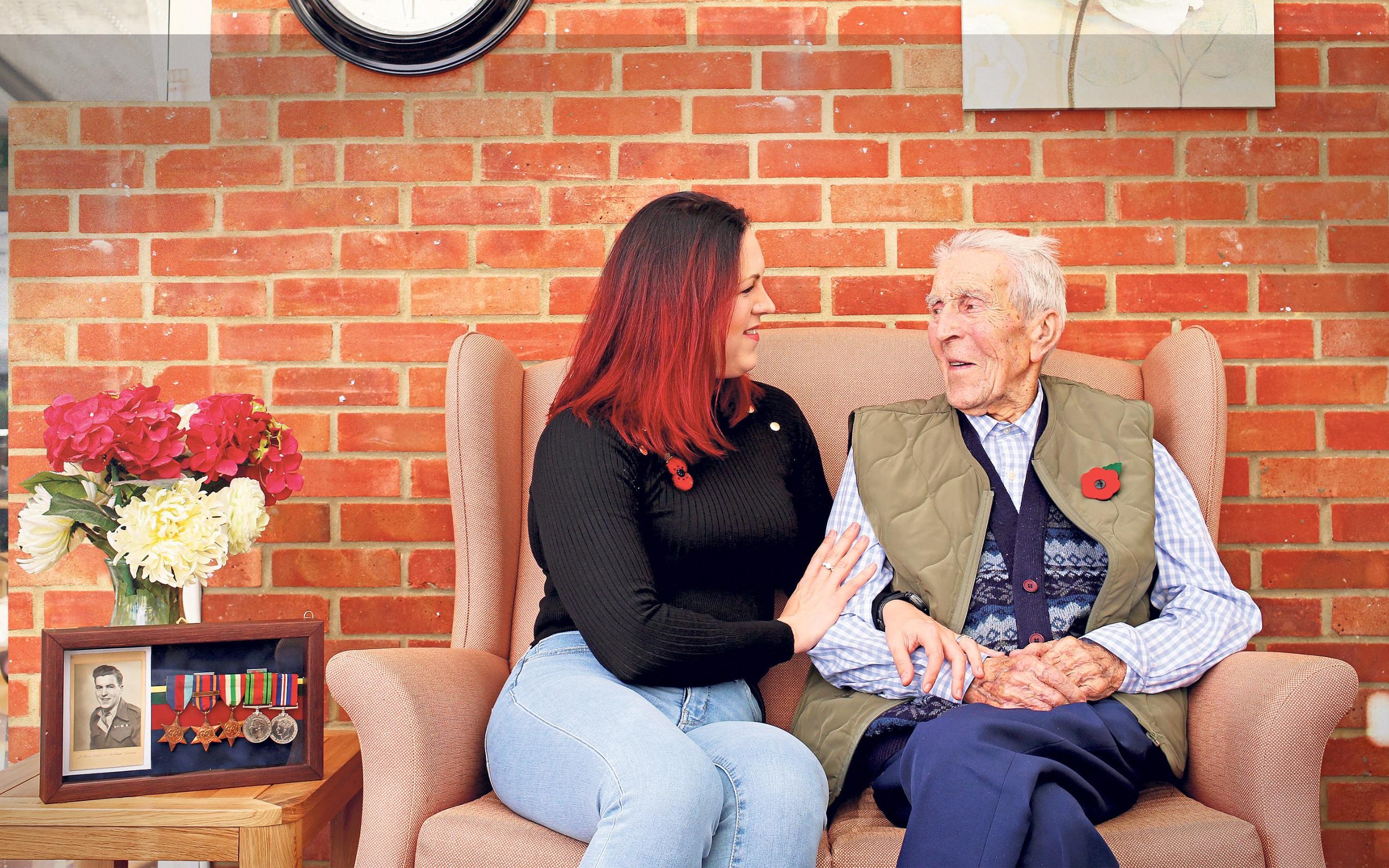 They made it 60 days without touching land. “I think we still hold the record in the Navy.” They survived hundreds of kamikaze attacks on the Pacific, but the men still slept on deck because their quarters were so crowded and hot.

It was a long way from home for this young man – actually a boy – from Pembroke Dock, Wales. But even before joining, Mullins had witnessed the horrors of World War II firsthand. By the time he was 14, he had signed on as a messenger boy to his colleague, an older Boy Scout, a boy named Arthur. Half an hour after Mullins and Arthur were sent on different jobs while their town was being bombed, Arthur was killed. “Fourteen years old,” Mullins repeats in his slow, husky voice. We’re silent for a long moment.

After the war ended, life on board got a little better. They picked up the Duke and Duchess of Gloucester for a visit to Australia (and Mullins is pictured with them in a picture he shows me). They docked in South Africa to collect bullion that the British government had hidden there for safekeeping, fearing an invasion.

“You walked up the gangplank with a nice gold nugget under your arm,” Mullins says with relish. “There were so many armed guards posted around us. And we have hauled billions of pounds worth of gold up that landing plank.”

Mullins’ daughter Jo, 61, works at the nursing home and sits next to him. She suggested that he write down his experiences. “I never thought of that,” says her father. But maybe he should. After all, they are compelling stories. And, as he notes, “One tends to forget half of it!”

His granddaughter Hayley Moseley, 37, is a designer here at The Telegraph. Mullins was always a grandfather to her, not a veteran, and it wasn’t until Hayley hit her 20s that she started asking more questions. In return, Mullins told her more detailed stories.

“My grandfather has a different side,” she says. “I’m really proud of him. I don’t know why he doesn’t like to talk about it. Maybe the things Grandpa Geoff saw or experienced while on duty are just too painful and he doesn’t want to talk about them and that has to be respected.

“But I think he tells it in an educational way, and it lets us see what he did and what he saw to give us a better life.”

Hayley hopes to document it all in a book. “He is now our longest living relative. I think it’s important to have a memory of it and pass it on one day.”

It disappoints her grandfather when he sees people on quiz shows showing ignorance about WWII, but we shouldn’t assume this is a new phenomenon.

20 reasons to visit New Zealand, now that we finally can

The best all inclusive hotels in Majorca