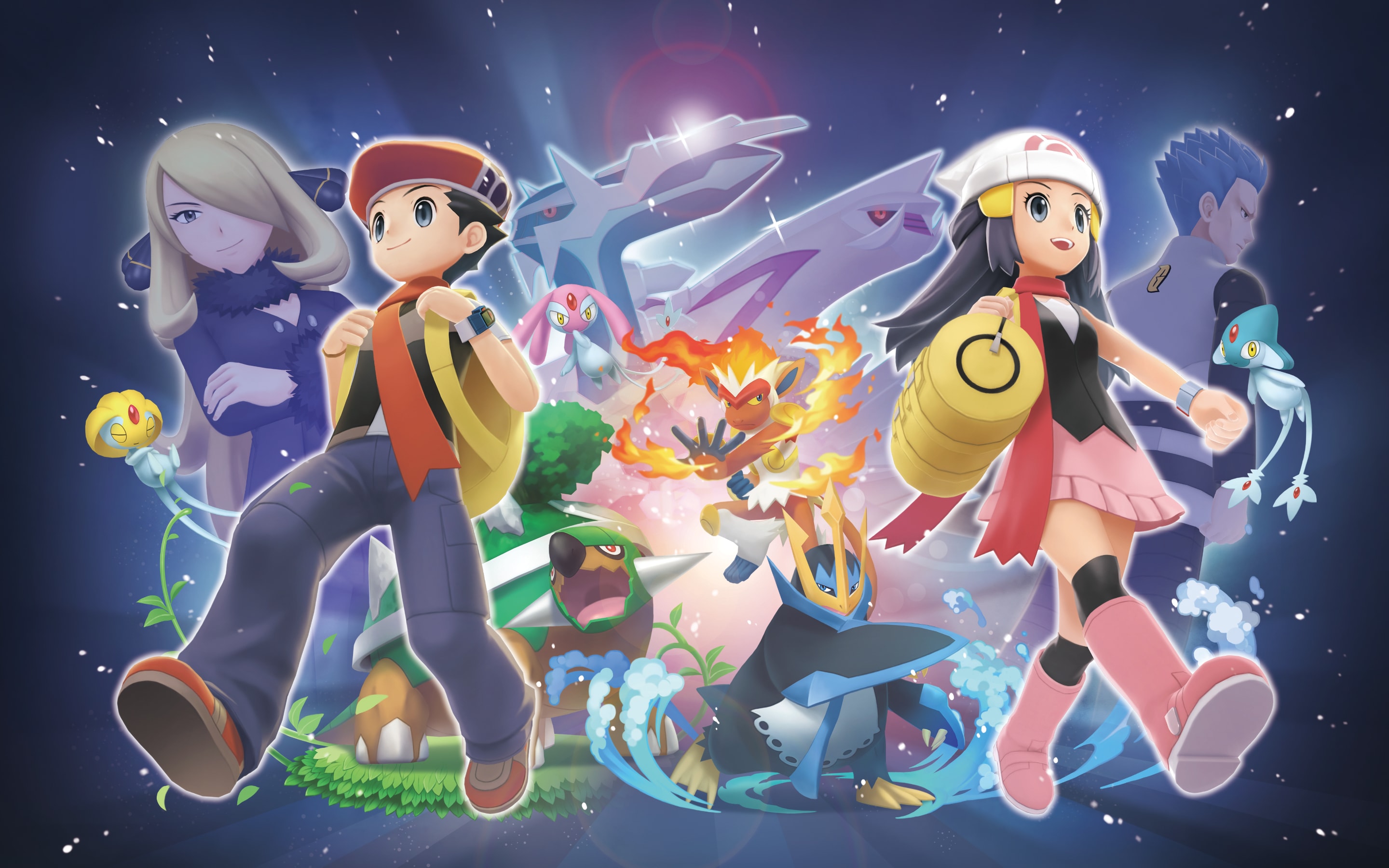 Sinnoh, home to Brilliant Diamond and Shining Pearl, has always been one of the most unusual regions in the entire Pokémon universe. Mythology and lore permeate every crack; In one location you’ll find what’s supposed to be a Pokémon church, while the area’s toughest trainer is an archaeologist focused on ancient legends.

But it’s also totally insane. The villains disguise themselves as astronauts and their ultimate plan is to corrupt time and space to remake the world in their image. The friendly Pokémon professors of previous games are replaced with a cranky nag. Your rival is rushing around, constantly bumping into things. The entire map is layered over a series of underground caves where you can spelunk and search for treasure.

The Pokemon themselves are great too, some of the best designs in the history of the series, and this is one of the few titles in the series to see older mon updated with new evolutions and playstyles.

Playing the remakes was like climbing onto the back of Dialga (the time-ruling beast on Brilliant Diamond’s box) and speeding back to 2007 to open my childhood toy box. Everything that made me fall in love with these games the first time is here, waiting to be unpacked and played again.

The problem is that there is practically nothing else. In every way, these are exactly the same games that were released in 2007, with a fresh coat of paint. Sure there are slight changes, the Fairy-type only introduced two generations after the original Diamond and Pearl is here, as are some of the newer moves and items, and the ability to change your trainer’s outfit to one of a kind few preset themes, but basically it’s like Pokemon had never happened in the last 15 years.

As far as I could tell, there was no sign of any of the 400+ Pokémon added to the series since the originals came out, there were no new areas to discover, no new twists in the story, not even the dialogue remains exactly the same . It’s a shot-for-shot remake of the originals. And while there’s an undeniable nostalgia factor, it all feels just a little pointless.

There are some newcomers, but they are thin. The underground tunnels have been expanded so you can now catch some new creatures inside, a nice but unimaginative addition. There’s also the new Exp. Share an item that will level up your team more evenly, but this has the unintended consequence of massively overleveling your Pokemon within the first few hours, making the rest of the game pathetically easy.

The Summer I Turned Pretty: Who Are the Cast Dating?