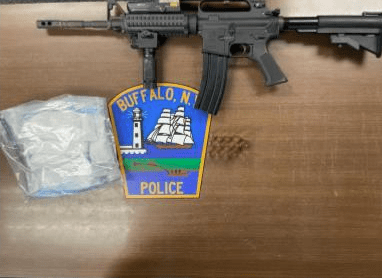 The search took place on Thursday. Along with the loaded gun, police said they found 10 other guns, more than half a kilogram of cocaine and $4,600 in cash.

As a result, 43-year-old Daryl Voigt was arrested and charged with the following crimes:

Evan Anstey is an Associated Press Award and Emmy-nominated digital producer who has been part of the News 4 team since 2015. See more of his work here and Follow him on Twitter.