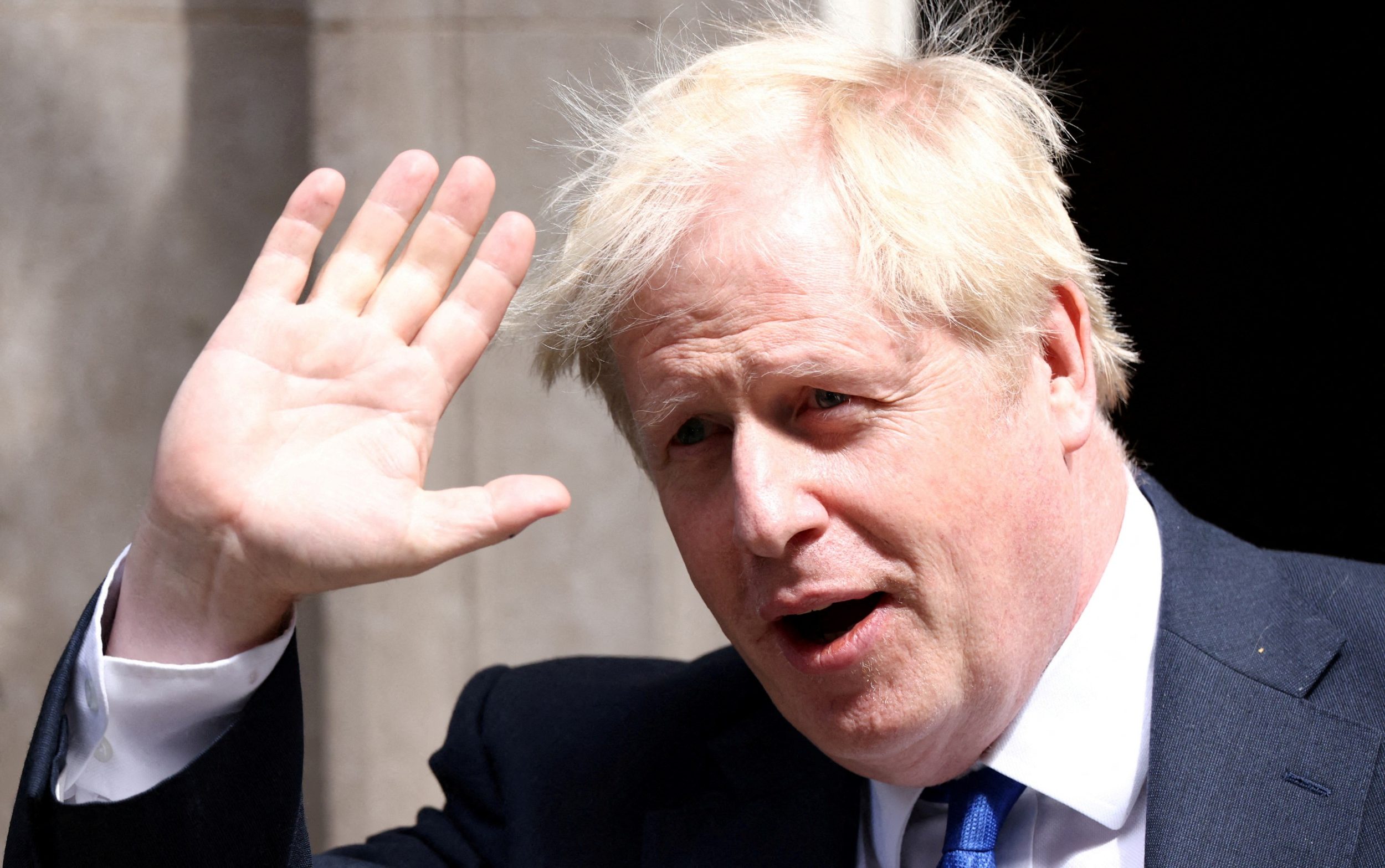 The pound continued to gain after Boris Johnson dropped out of the race for the next Conservative Party leader.

The pound rallied as much as a percent to $1.1401 in early Asian trade on expectations that a potential prime minister from Rishi Sunak would be better qualified to try to put the UK’s finances in order.

But the British currency is still down about 16 percent against the greenback this year.

“While the risk premium in FX has been reduced from the original budget by the reversal, the pound continues to face ongoing challenges.”

Strategists at ING Bank NV expect sterling to fall back to $1.05 by year-end and Bank of America stands by its call of parity.

Liz Truss’ decision to step down as PM sparked the contest after weeks of turmoil with investors dumping sterling and UK government bonds. Her economic plan, including a large increase in borrowing to pay for tax cuts, rocked markets and further turned voter sentiment against the Tories.

The huge economic and fiscal headwinds ahead means more pain for the pound regardless of who wins the contest to become the UK’s next leader.

Investors, distracted by the political circus engulfing the nation, may turn their attention back to the economy’s bleak outlook: inflation at a 40-year high, rising interest rates, depressed consumer sentiment and a possible return to austerity.

Throw this week’s prime ministerial race and dollar strength into the mix as well, and this implies that sterling’s rebound from an all-time low last month was on borrowed time. And while the meltdown in bond markets has also subsided, there are many challenges there too. Even with Ms Truss’ sweeping unfunded tax cuts now scrapped, gilts’ net issuance for the next fiscal year remains immense and borrowing costs are sky-high.

Whoever wins this week’s Conservative Party leadership race must focus on damage control rather than meaningful economic growth.

“We continue to view the UK as a structural underperformer in the G-10 as growth slows,” Morgan Stanley strategists, including Marie-Anais C. Francois, wrote in a note to clients this weekend.
“The watered-down budget is now holding back growth and the UK’s weak net foreign investment position still makes it dependent on foreign inflows.”

Following the perceived loss of UK fiscal credibility, it is likely that policymakers will respond with a pro-austerity bias, according to TS Lombard’s Freya Beamish and Christopher Granville. That would put further pressure on the economy, which is heading towards a recession.

The pound is well below the highs set during the summer’s first leadership contest, when it traded as low as $1.23. It was about $1.15 on the day Ms. Truss was announced as the winner.

Equities also struggle amid questions about the economy, political leadership and the UK investment case. The mid-cap FTSE 250 gauge fell one percent on Friday, wiping out the relief rally on the day Ms Truss quit. It’s down 26.7 percent this year.

“The main factor for the UK right now is that we have pretty little certainty,” said Baylee Wakefield, portfolio manager at Aviva Investors. “The key question for markets is whether this normal policy making can resume.”

Pressures on the real economy are gathering pace, and a dramatic reminder of that came on Friday with a big drop in retail sales. The grim backdrop will be revived on Monday when business surveys are expected to show further declines for the month.

“It’s hard to see under-owned UK equities, or GBP, bouncing higher when the path to a deep and protracted recession is becoming clearer by the day,” wrote Viraj Patel, senior strategist at Vanda Research, in a note to clients.

There is speculation about a delay in a much-anticipated financial report and how the government plans to plug a hole in public finances of around £25billion. This announcement by the new Chancellor, Jeremy Hunt, should calm markets, so a postponement is far from ideal.

“Yes, the UK will have a new Prime Minister late next week, but power rests with the Chancellor,” said Marc Chandler, chief market strategist at Bannockburn Global Forex.

There are also many doubts about the investment case for Gilts, which tumbled again on Friday. The 10-year yield closed above 4 percent for the first time in a week.

Traders have been betting on the extent of increases by the Bank of England since Mr Hunt canceled most of his predecessor’s sweeping tax cuts. That move accelerated last week after Deputy Governor Ben Broadbent said it was not clear UK interest rates would need to rise as much as investors were expecting.

However, the outlook still leans toward aggressive tightening. Traders are seeing at least another three percentage point hike, which would take interest rates to 5.25 percent, the highest since 2008. A smaller hike would put sterling “at risk again,” said Axel Botte, global strategist at Ostrum Asset Management.

The central bank also appears determined to press ahead with the already delayed active selling of gilts from November 1st, albeit excluding longer maturities. It all makes a difficult backdrop for the government to launch a spate of bond sales in the next fiscal year. Citigroup strategists still see gilt issuance in excess of £260bn even after the fiscal turnaround.

“If the government and the Bank of England can restore market credibility, it can lower interest rate expectations and the cost of this refinancing of these mortgages may not be as high as some fear,” said Matthew Holdgate, portfolio manager at Nikko Wealth Management .

Stocks to buy: Stocks to buy or sell today: 6 short-term trading ideas by experts for 3 November 2022

Morgan Stanley expresses increased optimism on GM and Ford ahead of earnings (NYSE:GM)