Jerome Powell took up arms against a sea of ​​troubles on Wednesday.

Powell’s Federal Reserve on Wednesday announced an expected 75 basis point hike in the federal funds benchmark rate. However, the thing that caught the market’s attention was that the Fed officials’ round-up of economic forecasts pushes the Fed’s interest rates to 4.4 percent this year and 4.6 percent next year. That’s an additional 125 basis points this year and at least one more increase next year.

Most analysts expected the Fed’s interest rate to rise to 4 percent by year-end or the February meeting. The new projection is therefore significantly more aggressive than expected by economists. And the Fed’s so-called “final rate” — the highest expected this cycle — has been set at a range of 4 to 4.25 percent on the dovish side and 4.25 percent to 4.50 percent on the hawkish side. The new projections are for a rise to between 4.50 and 4.75. 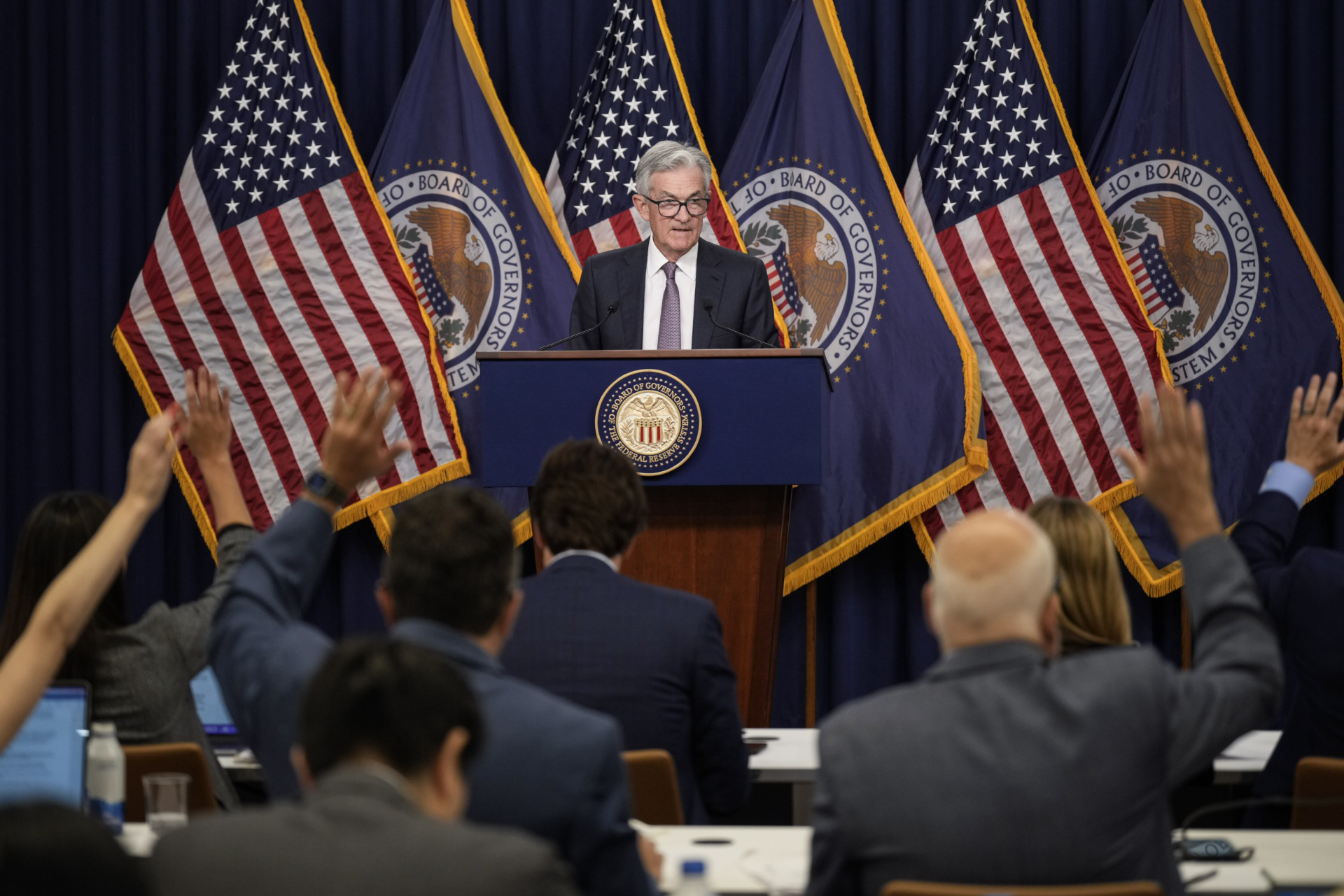 Financial news is seen on a television on the trading floor of the New York Stock Exchange on September 21, 2022 in New York City. Stocks fell in the last hour of trading after Federal Reserve Chair Jerome Powell announced the Federal Reserve will raise interest rates by three-quarters of a percentage point to further tame inflation. (Michael M. Santiago/Getty Images)

To put this on a timeline, it appears that Fed officials are now expecting another hike of 75 basis points in November, 50 basis points in December and 25 basis points at the March meeting. Some believe the Fed is likely to hike even higher.

“We now expect rate hikes of 75 basis points in November, 50 basis points in December, followed by two 25 basis point rate hikes by March next year,” Bank of America said in a report on Wednesday. The bank added that its “new end target range is 4.75 to 5.0 percent, up from 4.0 to 4.25 percent previously.”

There is room for criticism of Fed officials’ forecasts. As Powell has acknowledged, the Fed’s forecasts were wildly inaccurate. A year ago, Fed officials forecast that the economy would grow 3.8 percent this year. Now it sees growth of almost zero to 0.2 percent. Inflation was forecast at just 2.2 percent last August, back in the glory days of ephemeral Inflation. The latest forecast puts inflation ending the year at 5.4 percent. The Fed isn’t even a good projector of its own policies. A year ago, the fed funds rate was 0.3 percent at the end of 2022. We’re already 10 times that, and the Fed’s year-end forecast is 410 basis points higher.

Powell made an interesting and overlooked point about the Fed’s flawed forecasts at the meeting. He insisted that the public should view the projections dynamically. If the Fed turns out to be wrong about how high interest rates need to be to bring down inflation, then rates will be higher than forecast. The Fed, he stressed, will cut inflation even if it has to go above expected interest rate levels and unemployment. In this way, the above evidence of the Fed’s mistakes is also evidence of the Fed’s flexibility. Central bankers don’t feel constrained by their previous forecasts.

So how realistic are the Fed’s forecasts? Not much. The Fed expects unemployment to rise to just 4.4 percent next year and stay there the following year. This slight increase in unemployment to a historically low level should not push inflation down from the current 6.3 percent year-on-year to the Fed’s estimate of 2.8 percent. Even the year-end estimate of 5.4 percent seems far-fetched. It seems the Fed is again underestimating what it takes to bring inflation closer to target.

Powell was attacked from the left almost immediately on Wednesday. “Chair Powell has just announced another extreme rate hike while forecasting higher unemployment. I warned that Chairman Powell’s Fed would put millions of Americans out of work – and I fear he is already on the way to doing so,” said Sen. Elizabeth Warren (D-MA), a member of the Senate Committee on Banking, Housing and Urban Affairs affairs, wrote on Twitter.

This attack has a certain logic. President Joe Biden has insisted inflation is over. It moved up “barely an inch” — an oddly inappropriate way of measuring price changes, Biden said 60 minutes this weekend. Democratic officials who believe inflation is not a problem will naturally object to Powell’s attempt to weaken the labor market. Without inflation there would be no justification for this.

Of course, the Democrats and President Biden are wrong. There is enough inflation. Powell seemed to anticipate Warren’s objection at his press conference.

“Higher interest rates, slower growth and a slowing labor market are all painful for the public we serve. But they are not as painful as not restoring price stability,” he added.

Powell’s position is that it is no nobler to suffer the slings and darts of outrageous inflation. He decides to take up arms against the sea of ​​troubles and, he hopes, put an end to them.

https://www.breitbart.com/economy/2022/09/21/breitbart-business-digest-powell-versus-biden-and-warren/ Powell Versus Biden and Warren

Would the Real Radical Please Stand Up?