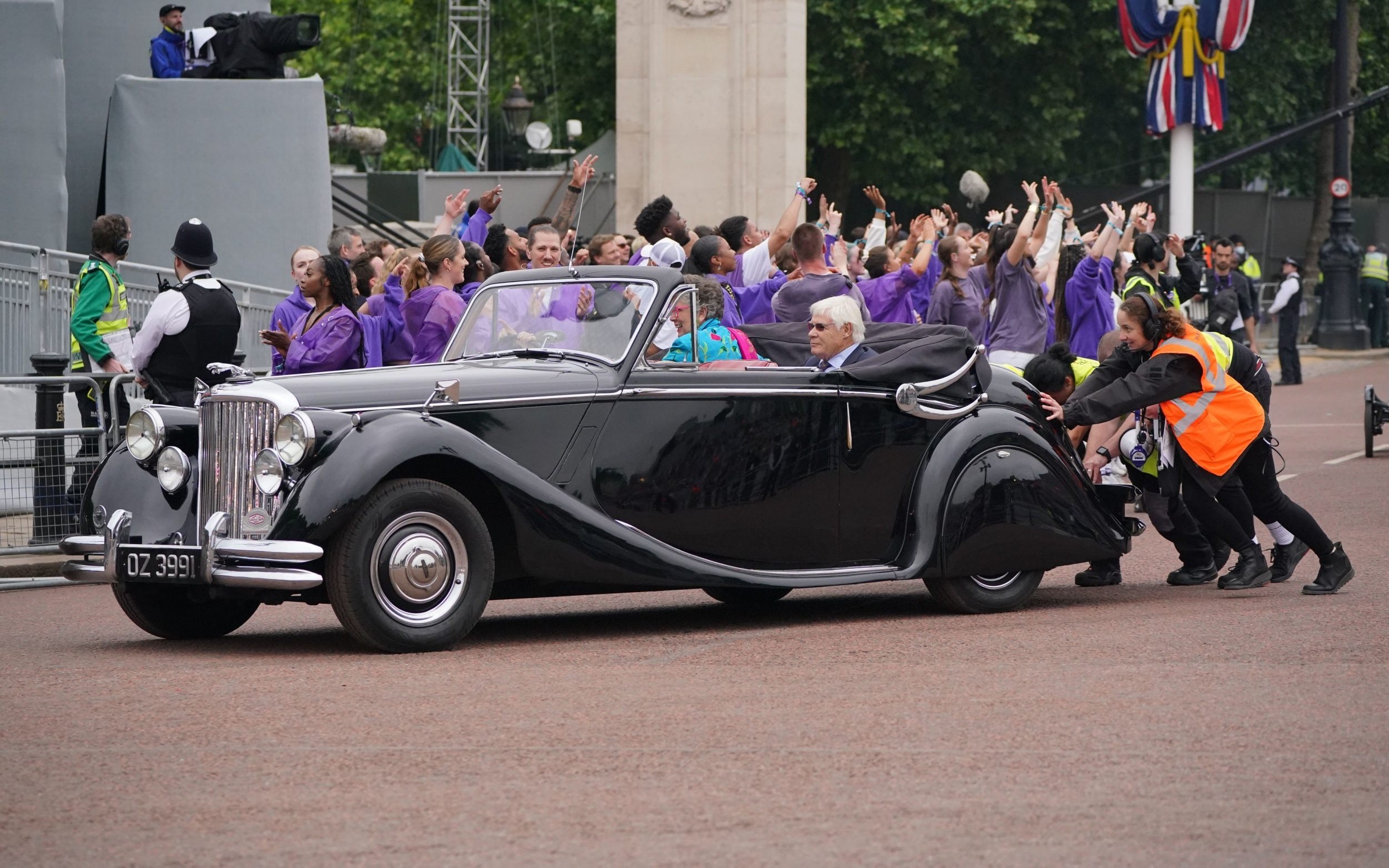 BBC coverage was fairly flawless, as it was throughout the anniversary weekend (compare and contrast with Phillip Schofield’s silly ITV commentary from Windsor a couple of weeks ago). Commentators aside from Gyles Brandreth, Brigadier Greville Bibby of the Coldstream Guards and Scott Mills, it was an all-female affair: Young, who hit the crowds from their floating bandstand in the St.

It’s a pleasure to have Young back on the air and hopefully we’ll see more of her when her health allows. She has the ability to go from serious to silly – presenting alongside a toy corgi – without viewers ever seeing the connection.

Of course, the need to fill airtime led to some minor criticisms, such as marveling at how the Prince of Wales held grandson Louis on his lap, as if the royal family weren’t normally capable of normal human behavior. And Len Goodman’s reminiscences of his grandma’s disdain for curry powder and coronation chicken – she considered it “alien crap” – prompted a very BBC apology later in the show; Balding solemnly told the audience, “This is a live show and not rehearsed. So if anyone was offended by comments earlier, apologies.”

The Queen, determined not to let us down, appeared on the balcony of Buckingham Palace. Cameras then spotted Savannah Phillips and Mia Tindall hopping to Dancing Queen in the royal box, quickly followed by images of Sir Cliff Richard and Basil Brush. As Brandreth said: a real British event.

Amino Acids in Skin Care: What Are the Benefits?

1980s Americana sci-fi is irresistible – but parents be warned