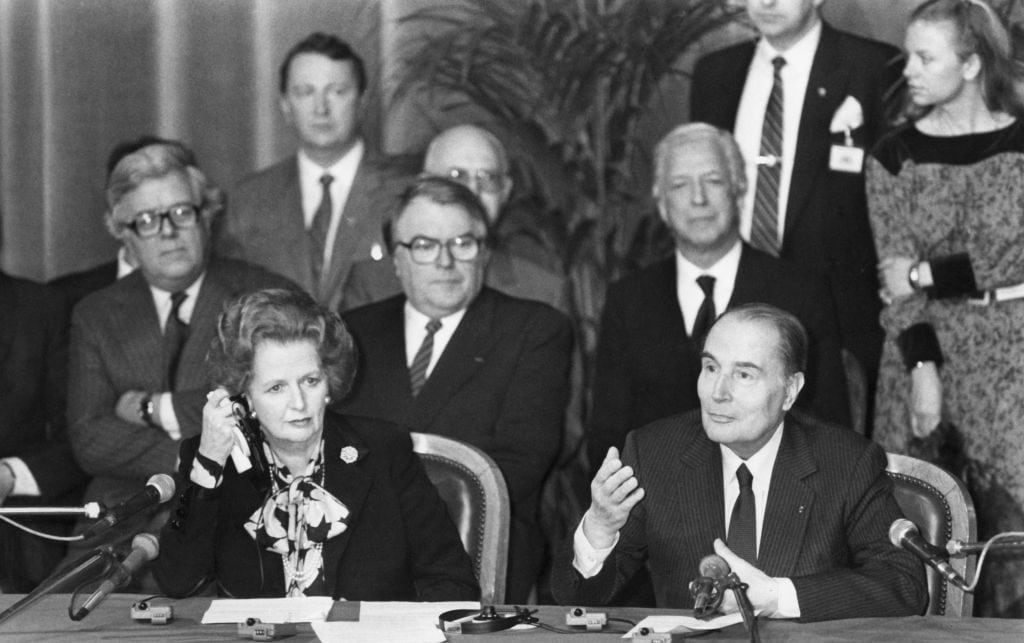 40 years ago today, HMS Sheffield, a Royal Navy Type 42 destroyer, was hit by an Exocet missile fired from an Argentine Super Étendard fighter plane, killing 20 crew and injuring 26 others. The shock felt when the news leaked out from the South Atlantic was palpable. Dispatched 8,000 miles from home to retake the Falkland Islands, the vulnerability of the task force became all too apparent.

When one looks back at the mission’s success in liberating the islands, it’s easy to forget that this was by no means a certainty. Considering the distances and against a well-armed enemy, it was a remarkable feat of arms. Furthermore, as Charles Moore noted, it owed much not only to the soldiers, sailors, and airmen who retook occupied British territory, but also to the scientists who helped figure out how the missile threat might be thwarted.

The most problematic aspect of the story concerns France’s attitude during the conflict. French companies had manufactured both Argentina’s fighter jets and Exocet missiles, and so were an obvious port of call for British military planners keen to know what they were dealing with. President François Mitterrand declared his support for Britain from the start of the conflict, but the extent of aid from Paris is still being questioned.

In particular, the French claimed that so-called “kill switches,” which are commonly inserted into the missiles to disable them if they were ever used against the seller, were not included in the weapons sold to Argentina so as not to delay it buyer. But when skeptical officials asked scientists to dismantle one of the guidance systems, they were able to devise countermeasures that limited the Argentine Air Force’s effectiveness.

The obvious question, even after a 40-year hiatus, is whether the French government knew this, and if so, why didn’t they tell Britain? President Mitterrand’s brother Jacques was involved in the contract negotiations between the manufacturer he runs, Aérospatiale, and Argentina, so it can’t have been that difficult to find out.

These matters are subject to official secrecy, but isn’t it about time you got the full story? Perhaps, in the spirit of Franco-British friendship, President Macron could open the archives and let us find out.

https://www.telegraph.co.uk/opinion/2022/05/03/questions-frances-role-falklands-conflict/ Questions over France’s role in the Falklands conflict