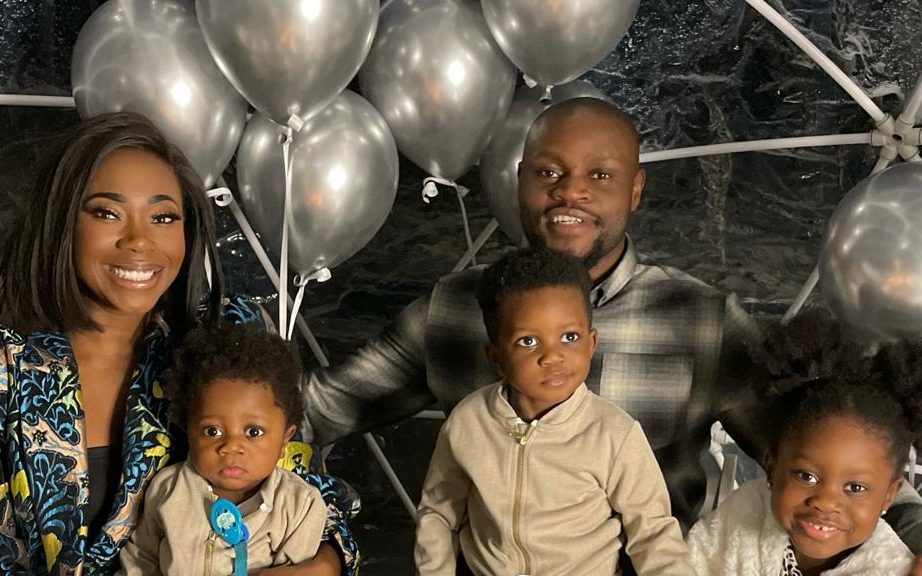 Social Media Influencer Ola Pelovangu has built an online following on TikTok and Instagram centered on her life as a working mother of Nigerian descent. She is married to husband Darcy and they have three children, Mayah, 5, Micah-Remi, 3, and Dream, 16 months, and together they are known online as “The Pelo Fam.” With stories of racism and culture wars dominating the news this year, we asked her how she grew up as a black girl in the UK and how she plans to help her own children prepare to experience racism.

Moving to England as a six-year-old was a massive shock to the system. I was lucky enough to go to a good elementary school with a teacher who didn’t treat me, a little black girl any differently, which I think was because she was well traveled and really celebrated culture as something. She gave me the confidence that I felt I belonged: both in my class and in early 90’s Britain.

The way teachers speak to children is so defining of a person’s confidence – and it has definitely given me one of the best starts in life possible.

However, things changed quickly when I entered secondary school. I was one of three black girls my year and I felt it. Teachers would put you in a box. There was such a discrepancy between what my parents told me at home – that I was capable of achieving anything – and how the teachers treated me at school by telling me I would never achieve anything.

When I did well academically, my intelligence was questioned. Once my English work was objected to and I was accused of plagiarism because it was impossible to produce such a work with “my standard”.

It became clear that it doesn’t matter what I’m capable of – it matters what they think I’m capable of. And that was an institutional problem. My parents always told me that you have to work twice or three times as hard to get a grade that matches what you deserve.

There was a group of white kids in our area called RA – Racists Attack – and they stopped you from getting off the bus and started fights. But the most horrible racism I experienced was when other black kids told me I wasn’t black enough and I was speaking to white. I was beaten and fractured my ribs. My sister’s earrings were ripped out.

The teachers just said that we should rise above it and ignore it. A lot of black people don’t talk about the conflict within the black community itself because it’s almost like if your house is on fire, then you don’t want to talk about it because we have bigger fires to fight – but when the house is on fire, you have to take care of your Fix the house first before you can address the entire system.

As a mother, it is now very important to me that my children have diverse experiences and get to know different people. My children will definitely experience racism in their lives. It’s a question of when, not if. But I hope it will be less extreme than what my parents and I experienced.

Most schools had a knee-jerk reaction to BLM, and when my five-year-old daughter Mayah came home and asked what racism was and mentioned American civil rights icon Ruby Bridges, we chatted about racism.

We focused on you need to love yourself because not everyone will love you and sometimes the reason is the color of your skin. She’s confident and intelligent and I don’t want her spirit to get crushed as she gets older.

I try to teach her to be proud of her heritage and let her know that she has every right to question things, while instilling wisdom in those who are both overtly and unconsciously racist in their actions. I’ve told her that there are occasions when she might not be dragged for opportunities – but there will be a period when she will be so good that they can’t ignore her. I am a living example. I hope her voice doesn’t get muted and that she never gets to the point where she thinks, “Maybe if I wasn’t black then x”. Mayah told me not to worry – she will always be proud to be a black girl.

Above all, I want my children to be comfortable in their own skin and able to assert themselves when made fun of. We do daily affirmations before bed because I believe it’s so important to raise confident black girls. At home we try to instill a love of culture and background so that Mayah is confident enough to challenge racial microaggressions in situations where it occurs. I feel like when you make people think and breathe, a lot of the inner mentalities change.

Schools need to address racism in a way that goes beyond overt racism. Many real-life incidents involve unconscious racism, and schools can help translate these abstract ideas into understandable scenarios for children. Imagine it’s her boyfriend who was passed over for a job, or play out a situation in a more relatable way. Racism is not black and white – there are gray areas and nuanced areas – and this is where school falls short.

White parents can give kids any anti-racism books they want — but if their actions speak differently, then kids are smart and will pick it up. Adults have a lot to do to unlearn their own unconscious biases and to question their initial thoughts and comments. You must lead by example. It can be the simplest of things, like not using a person’s skin color as a nickname. Gradually, these steps will help make the lessons more effective.

Racism is not a trend or a moment, but a constant burden on our children. The responsibility lies with all parents to reduce the impact on the next generation.

https://www.telegraph.co.uk/family/parenting/racism-impacted-childhood-teaching-kids-confident-skin/ ‘Racism impacted my childhood, but I’m teaching my kids to be confident in their own skin’

Angelica Ross: 'The History Books Are Being Written Right Now, What Are You Doing?'

How much would you pay for your baby to get a good night’s sleep?