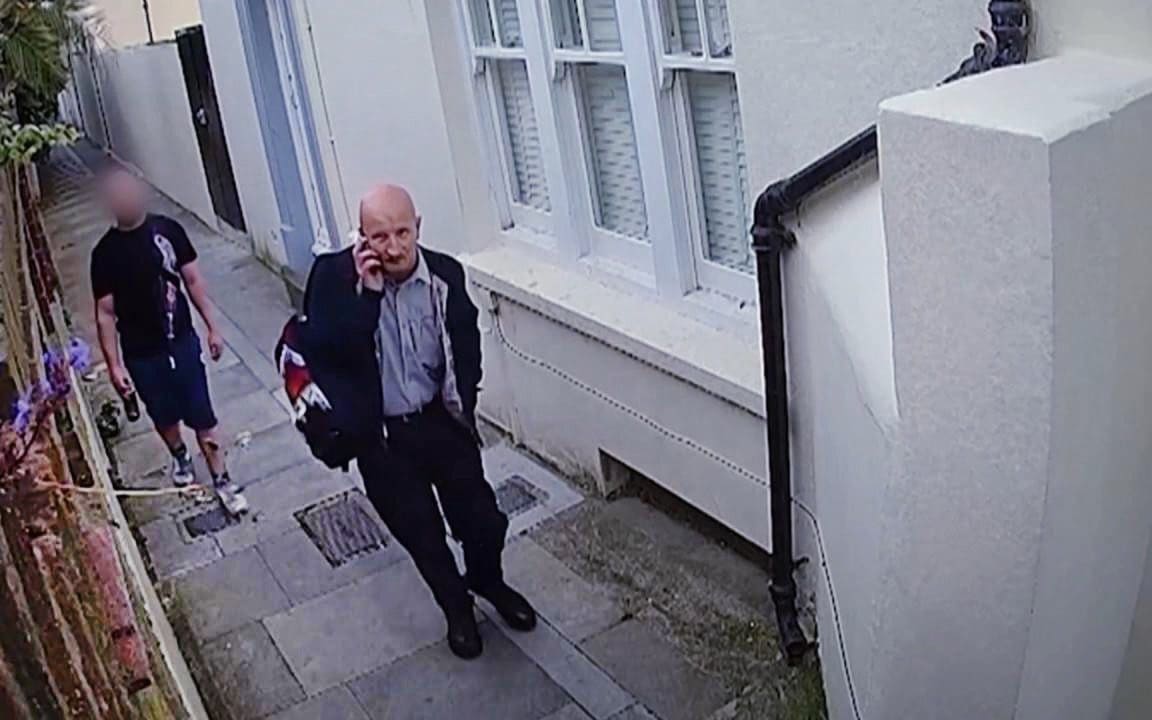 Written and directed by Jon Spira (also behind Hollywood Bulldogs and Elstree 1976) and narrated by comedian Nick Helm, it assembles a formidable collection of relevant conversationalists, from Terence Davies and Ken Loach to Stephen Frears and Edgar Wright, and includes an eclectic selection of undisputed classics (Performance, Whistle Down the Wind, The Servant) and Curate’s Eggs (The Small World of Sammy Lee, Charlie Bubbles, Spare the Rod) generally confined to Talking Pictures TV. The broader political and social context is used sparingly but effectively, with succinct observations, astute trifles and clever omissions abounding (a link from Julie Christie’s Billy Liar Kiss-off is neat indeed), and the acknowledgment that Spira authors, Editors and producers feels very welcome in a medium where directors and actors tend to steal the limelight. An unexpected treat. GT

Sarah Beeny’s small house, big plans
Channel 4, 8 p.m
Sarah Beeny is taking time out from renovating her own land stack and joins architect Damion Burrows for this series to meet people who want to make the most of smaller spaces. One couple is trying to bring Cubism to their home, another hopes to build an eco-home on a derelict site, and a third has plans to double their two-bedroom cottage paralyzed by utility problems. The whole series is available on All4. GT

Who do you Think You Are?
BBC One, 9pm; not Wales
As is so often the case with this often surprising series, there was no making it up to Richard Osman-turned-TV-crime tonight discovers his great-grandfather of four’s involvement in a famous murder in Brighton. Alongside this, we hear the touching story of how his grandfather’s army career indirectly inspired his own life. All interesting stuff. GT

Bradford on duty
BBC 2, 9pm
This odd new five-part documentary follows the work of Bradford officials, from police and district nurses to senior consultants, as they try to improve the city’s dismal health and crime statistics in the face of tight budgets. GT

million pound pledge
ITV, 9pm
A misplaced second run for this docu-soap, which, while always mildly interesting, still feels like a runaway from daytime television quite jam-packed with wannabe “characters.” We begin this season on the Costa del Sol, where the remnants of wealth in the form of Rolls Royces and luxurious trinkets catch the eye of star pawnbrokers Kathy and Dan. GT

the janes
Sky documentaries, 9 p.m
This carefully researched documentary, courtesy of Emma Pildes and Tia Lessin, couldn’t be more urgent and timely as the US Supreme Court is reportedly considering overturning Roe vs Wade. Her account of the 1960s collective that helped women with unwanted pregnancies is inspirational and a chilling reminder of how things used to be: is this the direction a compassionate, liberal, and conscientious society should be taking? GT

The Midwich Cuckoos
Heaven Max, 9pm
Susannah (Keeley Hawes) faces the aftermath of the blackout with a foreboding not shared by everyone in Midwich, while David Farr’s intelligent update of John Wyndham’s classic novel deepens and darkens in an utterly eerie and pleasant way. GT

Halfway (2019) ★★★
Movie4, 9 p.m
Returning to epic mode, Roland Emmerich recreates the mammoth naval battle between the US and Japan that changed the course of World War II. To his credit, it doesn’t get bogged down in chauvinism, offering portraits of both sides, and the bombing raids on Japanese aircraft carriers are excitingly edited. A suitably epic cast includes Luke Evans, Mandy Moore, Dennis Quaid, Patrick Wilson and Woody Harrelson.

Hush, Hush, Sweet Charlotte (1964, b/w) ★★★
Talking Pictures TV, 9 p.m
The rivalry between Bette Davis and Joan Crawford continued on the set of this heady horror film when Davis had a Coca-Cola machine set up on the film lot to infuriate Crawford, who was married to the Pepsi CEO. But Crawford retired due to illness and was replaced. The story follows an aging southern beauty whose mind begins to fail after a long-lost relative reappears. A creeping story in the style of the southern gothic.

A Star is Born (1954) ★★★★★
BBC Four, 10.50pm
Lady Gaga and Bradley Cooper’s sexy 2018 version of the 1937 William A. Wellman original was excellent, but this is the best version of the eternal romance and Judy Garland’s last great film. It’s the archetypal Hollywood tale of a young hopeful who is discovered by a more established star and eventually ousts him as age and alcoholism take their toll. It’s also George Cukor’s masterpiece – vastly superior to his Oscar-winning My Fair Lady.

The Huge Paycheck Jason Sudeikis Reportedly Gets For Ted Lasso

What Is Gentle Parenting? A Beginner’s Guide