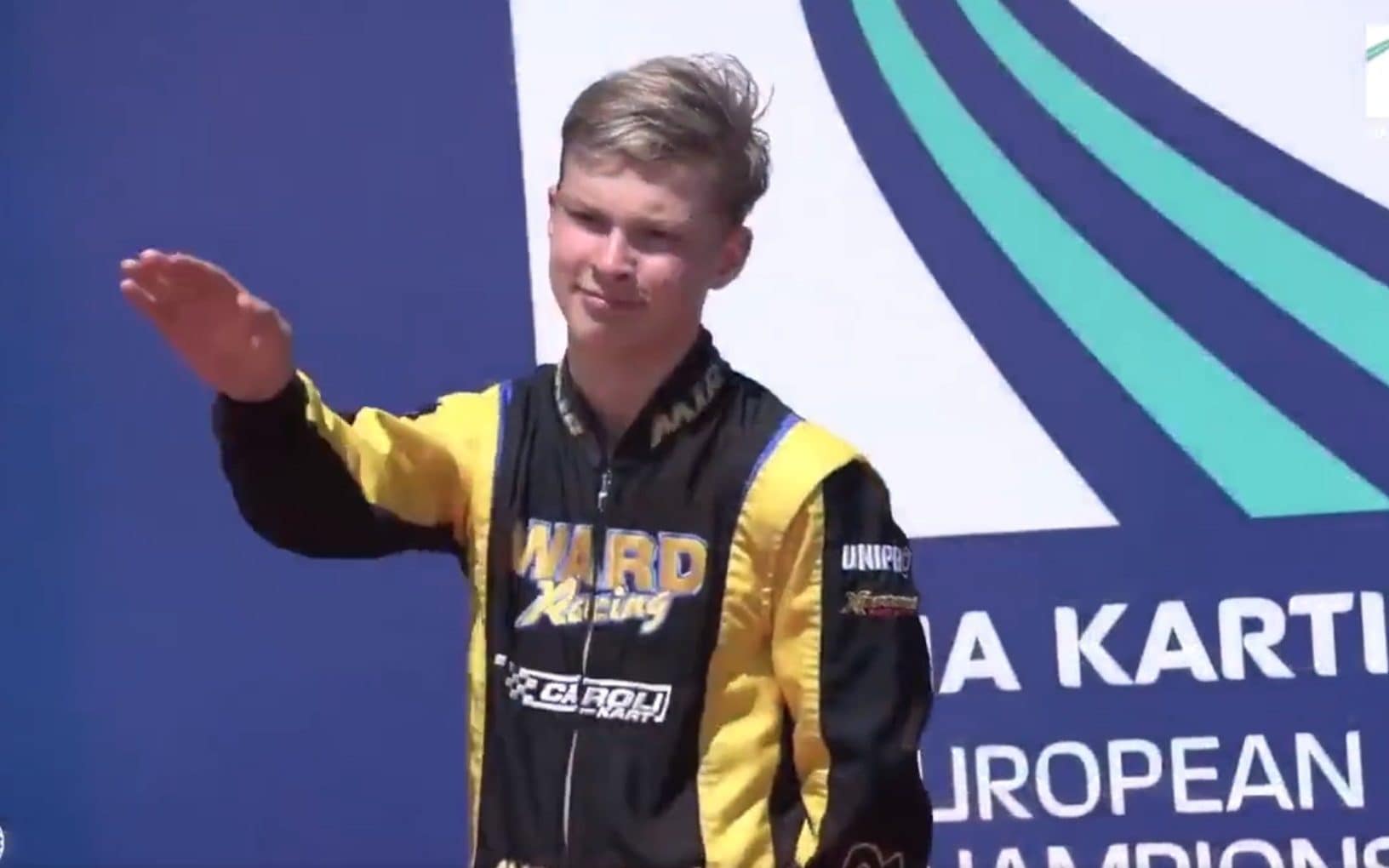 Severiukhin posted a video message on the Russian Automobile Union’s Telegram channel in which he apologized and added: “I depicted a gesture that many took to be a Nazi salute. But that’s not true – I never supported Nazism and I consider it one of the worst crimes against humanity.

“I know it’s my fault, I know I’m stupid and I’m ready to be punished. But please understand that with this gesture I did not support either National Socialism or fascism.”

The Federation Internationale de l’Automobile (FIA) previously announced that it had launched “an immediate investigation into the unacceptable behavior of Mr Artem Severiukhin”.

Mazepin, who drove for hate until March 5, owns the €105million (£87.7million) complex in Portisco, in the province of Olbia, through a foreign company owned by him and his father, police said .

Severiukhin’s salute also came just over a month after compatriot Ivan Kuliak wore a symbol in support of the Russian invasion during the medal ceremony at a gymnastics World Cup event in Doha.

After winning bronze in the parallel bars final, Kuliak taped the letter ‘Z’ to the front of his outfit before standing alongside Illia Kovtun of Ukraine, the gold medalist, for the national anthems.

The act was condemned by the International Gymnastics Federation, which said it will investigate Kuliak’s “shocking behavior”.

Kuliak was unrepentant, telling Russia Today: “If there was a second chance and I had a choice whether or not I would go out with the letter ‘Z’ on my chest, I would do the same.

“I saw it in our military and looked at what that symbol means. It turned out to be “for victory” and “for peace”. I just wanted to show my position.”

Listen to our daily podcast

“LeBron doesn’t have any love lost with Kyrie”