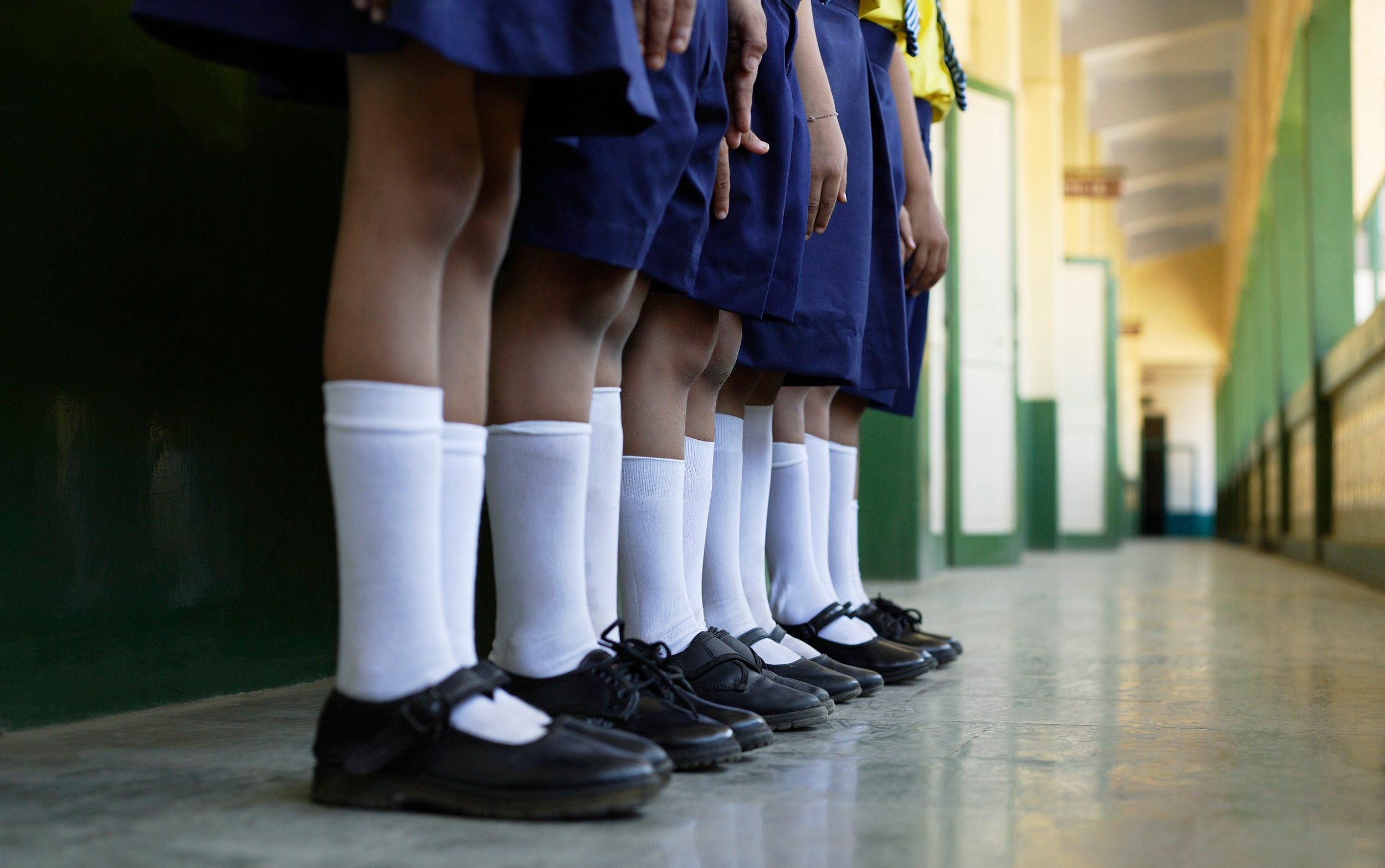 A secondary school has banned girls from wearing skirts to create a more “gender-neutral” uniform policy.

Parents of pupils at Tiverton High School (THS) in Devon were informed on June 9 that the “changes” to the school uniform would come into effect from September this year.

Mixed secondary school students will be required to remove their currently permitted skirts and attend classes in trousers only, with the exception of physical education classes.

Sammy Crook, the school’s Headmistress, said: “We will follow other secondary schools in implementing a more gender-neutral uniform policy.

“Parents/carers will be pleased to know that the majority of the uniform will remain as is, with the exception that from September all students will be expected to wear trousers.”

A number of parents expressed frustration after the announcement of the major change, which was decided without prior consultation.

Among those annoyed by the lack of warning was Stephen Moakes, who said: “As a parent, I have concerns… These have been expressed without consultation with the students or parents and are simply imposed.

“I think that as a school that encourages its students to get involved and have a voice, not allowing the mainstream student forums to have their say on school uniform changes seems like a complete lack of democracy.”

In addition to implementing the change to a more gender-neutral uniform, it was also announced due to an ongoing problem with girls wearing their skirts shorter than the knee length.

Ms Crook said: “We never make decisions like this lightly and we go through a detailed process over time to come to the right conclusions for our students and the school.

“This uniform policy change has the approval of our governors and balances the demands placed on us in terms of educational standards, parenting costs, inclusivity and student health.”

She added that enforcing the school’s skirt length policy had become “frustrating” and “time-consuming” for staff, and parents were contacted in November about these concerns.

“In January we held a series of skirt meetings with all year groups and advised them that if the uniform policy was not being properly followed, we would move to an all pants policy.

“Our current policy has allowed girls to wear trousers, which many already do, and boys could wear skirts if they wanted to,” Ms Crook said.

“Pants also standardize our students’ attire, allowing us and them to focus on what we see as our primary goal: learning.”

The school said the new move will be cheaper for parents as they have offered options around the price and fit of the pants by not limiting them to one brand.

THS said shorts will continue to be allowed in the summer semester, as set out in their existing policy, and will take into account individual circumstances where there might be a “medical or other need” to wear a skirt.

At the same time, the school also announced changes to the times and structure of the school day. The day starts 30 minutes earlier, the lunch break is shortened and two half-hour breaks are introduced throughout the day.

Temperatures set to soar into mid-30s this week

‘Levelling up’ is still just a canny slogan