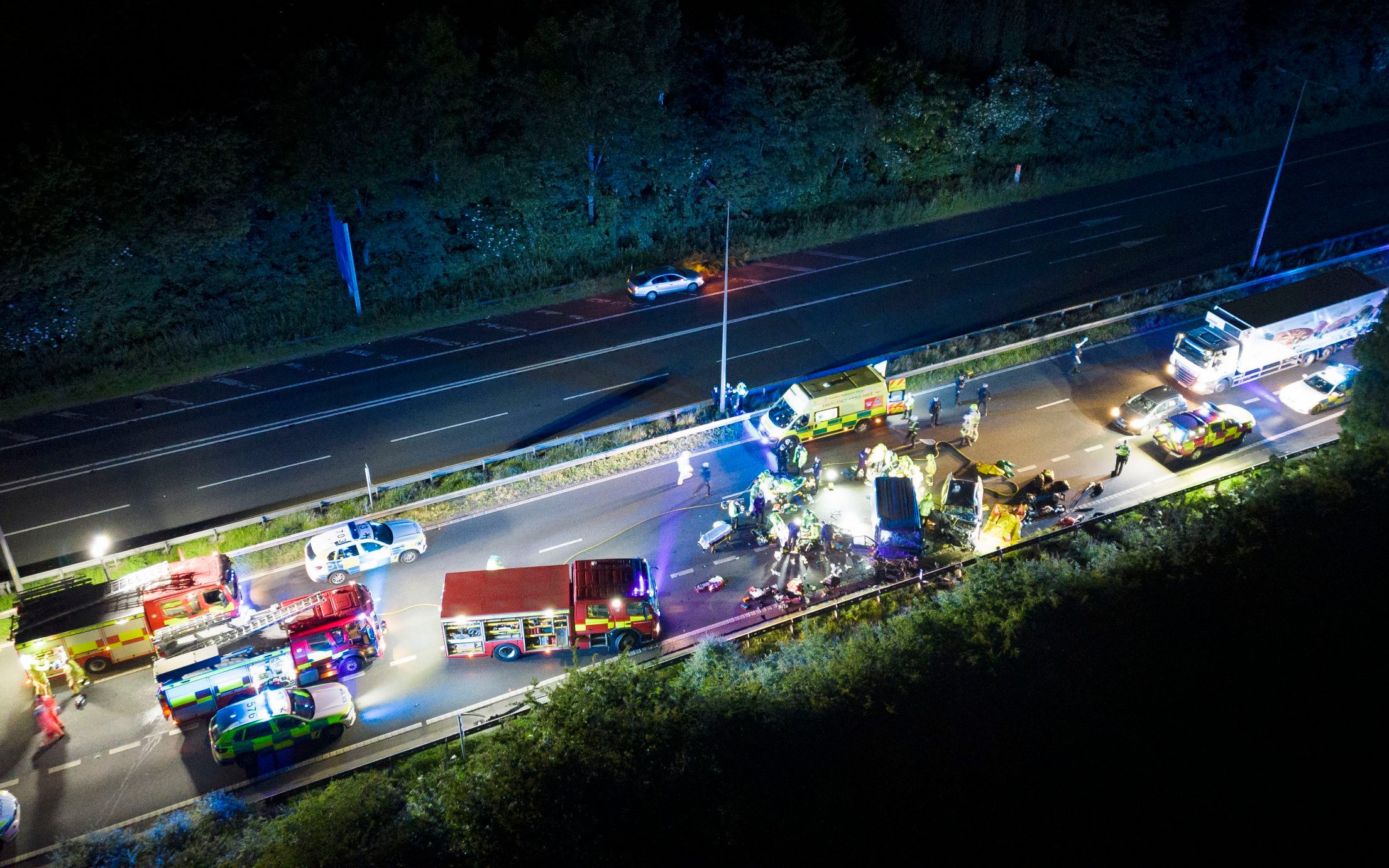 A West Yorkshire Police spokesman said: “At 10.45pm on Monday a van failed to stop for a marked Road Police unit and was then driven in the wrong direction on the M606 southbound from the Chain Bar roundabout towards Bradford where it ran into a involved head-on collision with a taxi.”

The spokesman continued: “Two men, aged 28 and 49, in the taxi were pronounced dead at the scene. An 18-year-old male passenger in the van died in hospital this morning.

“Another passenger in the van, a 17-year-old boy, is hospitalized with serious but non-life-threatening injuries.

“The 15-year-old driver was arrested on suspicion of causing the death by dangerous driving but remains hospitalized with serious but non-life-threatening injuries.

“Due to the nature of the incident, West Yorkshire Police have informed the Independent Bureau of Police Conduct.”

A spokesman for IOPC added: “We are conducting an independent inquiry into the involvement of West Yorkshire Police (WYP) into a road traffic accident on the M606 near Chain Bar roundabout in Bradford at around 10.45pm on Monday 13 June .

“We were notified by WYP following the collision and an independent investigation was launched at 00:51 today (Tuesday 14 June).

“We are aware that a Ford Transit van did not stop for police before it was involved in a collision with a taxi after the van entered the M606 on the wrong side of the carriageway.

“IOPC investigators are overseeing the crime scene and post-incident police process. We have started gathering information and our investigation is at an early stage.”

The local name of the taxi driver was Sohail Ali. Family, friends and colleagues paid tribute to him and described him as “a kind and helpful person”.

Letters: Don’t ask the Leave campaign for an economic policy – it’s a referendum, not an election

‘Women’ should not be removed from NHS ovarian cancer guidance, says Sajid Javid