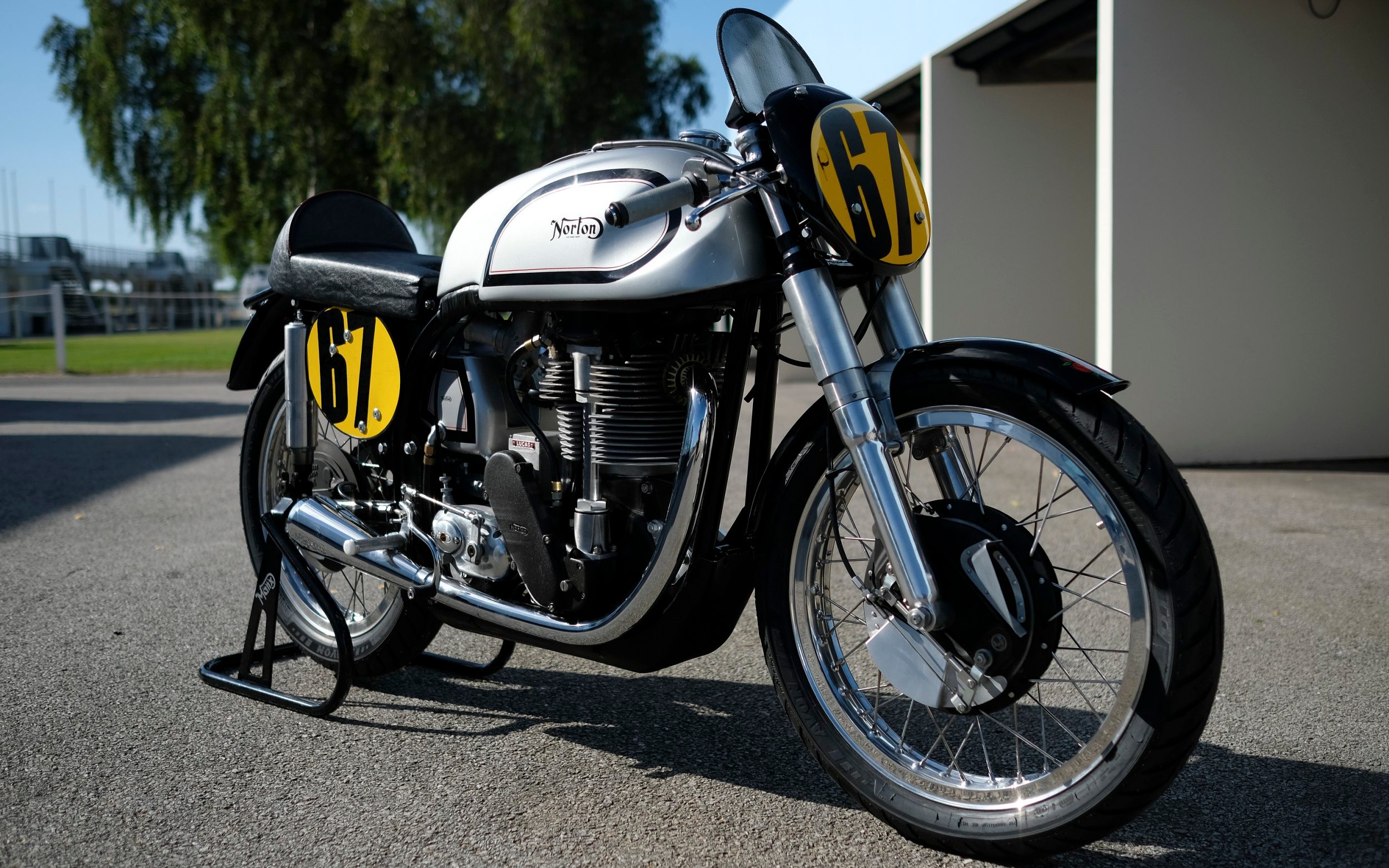 He said the UK is likely to be a key market for sales and Norton hopes to attract younger customers with its new electric model.

“Cities are completely overcrowded with vehicles and there is a lot of traffic,” he said. “The volume of two-wheelers sold will increase in the future and I also think that we will attract younger customers to the Norton brand.”

Norton originally began as a bicycle parts manufacturer in Birmingham in 1898. It quickly switched to making motorcycles and in the 1930s was a supplier to the British military alongside another iconic British brand, Triumph, during the Second World War.

It was known for its racing bikes in the post-war years, with a close connection to Isle of Man TT racing. Famous previous owners included Steve McQueen, although it was a Triumph he drove in the film The Great Escape.

Norton typically builds chunky, chrome-plated motorcycles and the Norton Interpol was used as a police cruiser in the 1980s.

The company has fallen on hard times in recent years and had to be bailed out by Indian company TVS Motor in 2020 after falling into administration. TVS has agreed to invest £100m and is building a new plant in Solihull. The change of ownership sparked fears that Norton might not remain British, perhaps reflecting the fate of Royal Enfield, whose focus shifted to India in the 1970s as demand in Britain dried up.

Taking over the company was not a smooth process and Mr Hentschel said he inherited “security issues” from the company’s previous incarnation.

“It was a period of at least three to six months where I was pretty busy dealing with legacy issues,” he said.

The electrification of motorcycles is difficult due to the weight of the batteries, which affects the balance. The company will integrate the packs’ design into the frame of the bike to overcome this, Mr Hentschel said.

He called on the government to cut red tape on higher powered electric bikes to help companies like his. Bicycles that drive faster than 25.5 km/h currently require a motorcycle driver’s license.

don't be fooled by its ordinary appearance, this is a comic masterpiece

'I'm saving for my first home by looking after other people's'