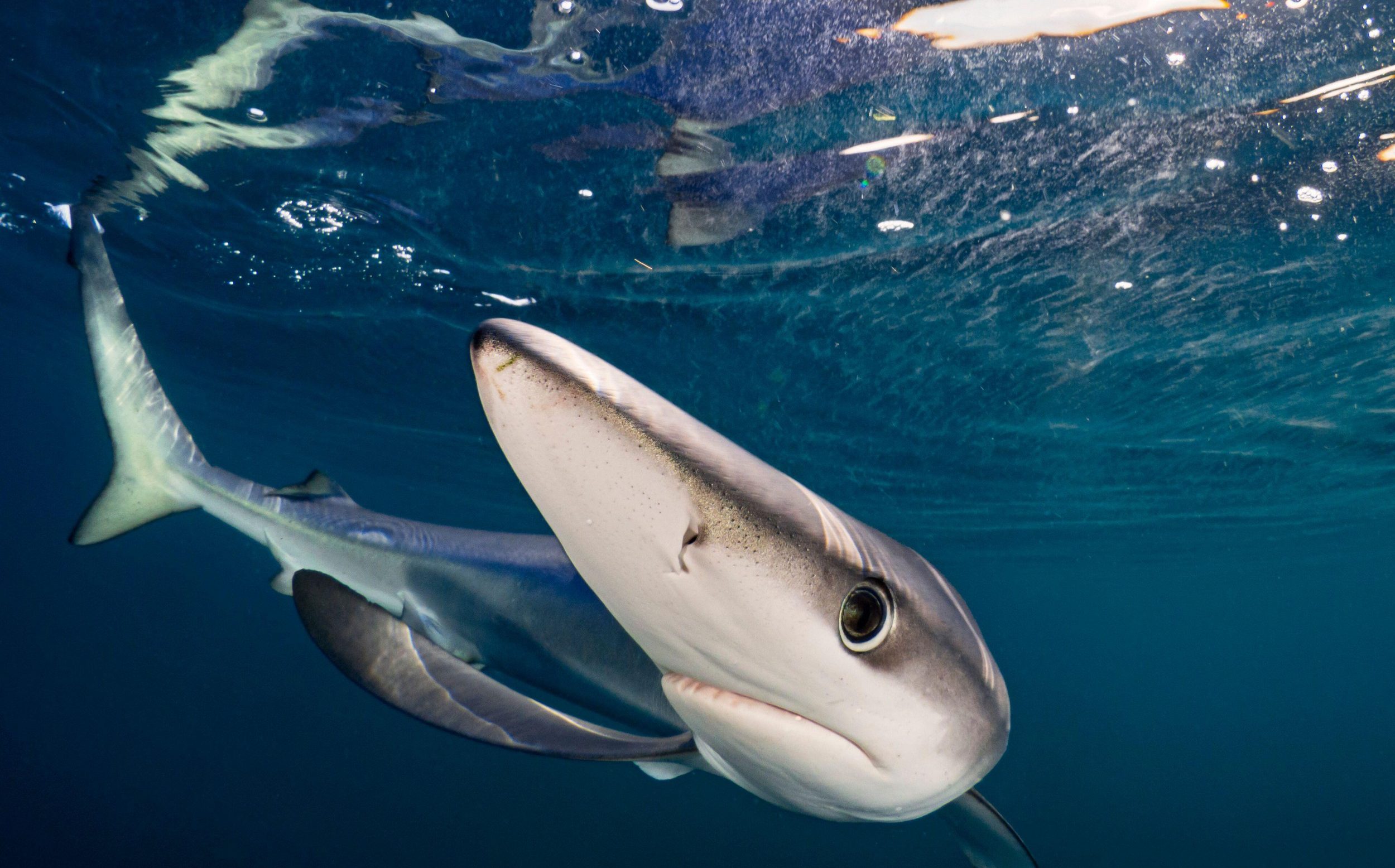 In 2017, a surfer was bitten on the thumb by a smooth dog — a relative of sharks.

The last recorded unprovoked “attack” was in Felixstowe in 2016 when a windsurfer’s board was bitten by a shark. The windsurfer suffered no injuries.

“‘In August 2012, a beach in Ceredigion, Wales was closed to bathers due to the presence of a blue shark.

“The shark was spotted swimming between boats and came very close to shore, passing tourists in just a few feet of water. Later that same month, another beach in West Dorset had to be closed for an hour and a half because of another blue shark.”

Swim with sharks in Cornwall is open to those with previous snorkeling experience.

A company called Blue Shark Snorkel, based in Penzance, where the incident took place, describes their trips as “the chance to have up close and interactive encounters with blue sharks in their natural environment”.

Tours depart 10-20 miles offshore and sharks can surface in 30 minutes to three hours.

The company that was contacted says: “You don’t need a diving qualification to join our trips, but you do need to be very confident in open water and comfortable with the use of a snorkel and mask.”

A previous customer said in an online review: “I would 100% recommend this trip, have never had a wildlife encounter like this and would do it again in a heartbeat!

“We never felt unsafe or in danger, the sharks are playful, cheeky and get incredibly close, just what we wanted!”

Big Brother returning is the best reality TV news ever

Men, be warned. Running marathons could actually age you

Unsuspecting Woman Gets Bashed in the Head by Bat-Wielding Piñata