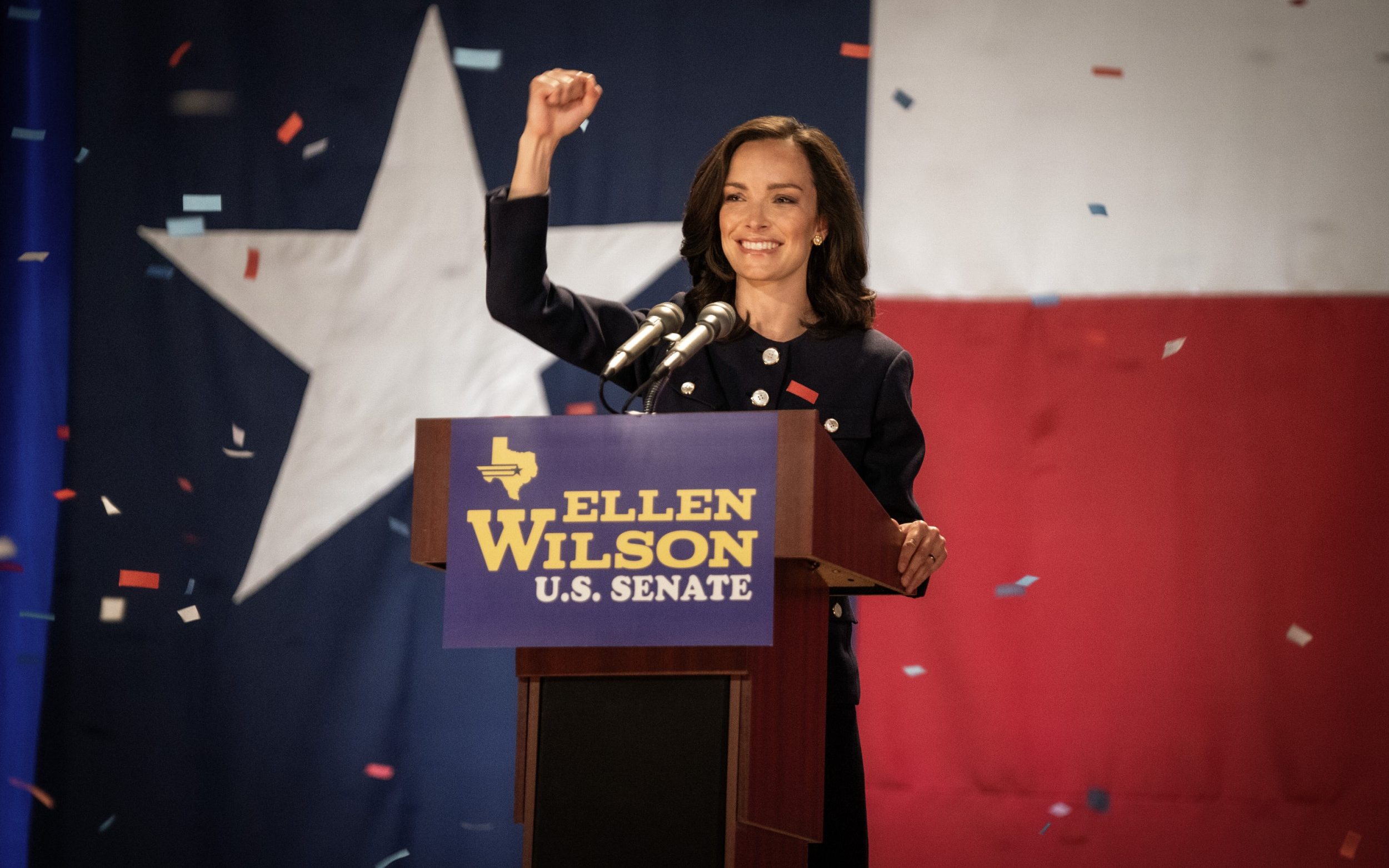 While Richard Branson and a young Jeff Bezos grind their teeth, Sam and Karen christen their “Polaris” hotel with a wedding for Sam’s stepson Danny (Casey W. Johnson), in the presence of a grumpy Ed Baldwin (and his new wife). This may sound convoluted to newcomers, but rest assured that the tragedy rocking Polaris is entirely understandable and far more serious than running out of Prosecco before the speeches.

Moore started out in the writers’ room on Star Trek: The Next Generation and post-Battlestar Galactica found success with the century-old bodice-ripper Outlander. And so he understands the nuts and bolts of superior television and has deftly layered For All Mankind with richly drawn protagonists, emotional cliffhangers and an overarching narrative that draws viewers in episode after episode (which come out on a weekly schedule).

He also nods to contemporary events by giving us the ’90s equivalent of gonzo billionaire Elon Musk in Dev Ayesa (Edi Gathegi), a self-made mogul who dreams of conquering Mars. Gathegi was clearly instructed to play Ayesa as absurdly smug. And yet, somehow, he’s nowhere near as irritating as the real Musk – showing that some things are beyond even Apple’s capabilities.

Adding to all of this is the sheer fun of an alternate history where the space race never fizzled out but instead became a huge rallying cry for the world. So this is a long-form drama on a grand scale, and with Kinnaman and the rest of the cast firmly in control of their characters, one that never loses sight of the human stories that lie behind the techno babble. After two seasons of relative obscurity, it might be time for an unheralded masterpiece to finally take flight.

How Many Kids Do Kim Kardashian and Kanye West Have?