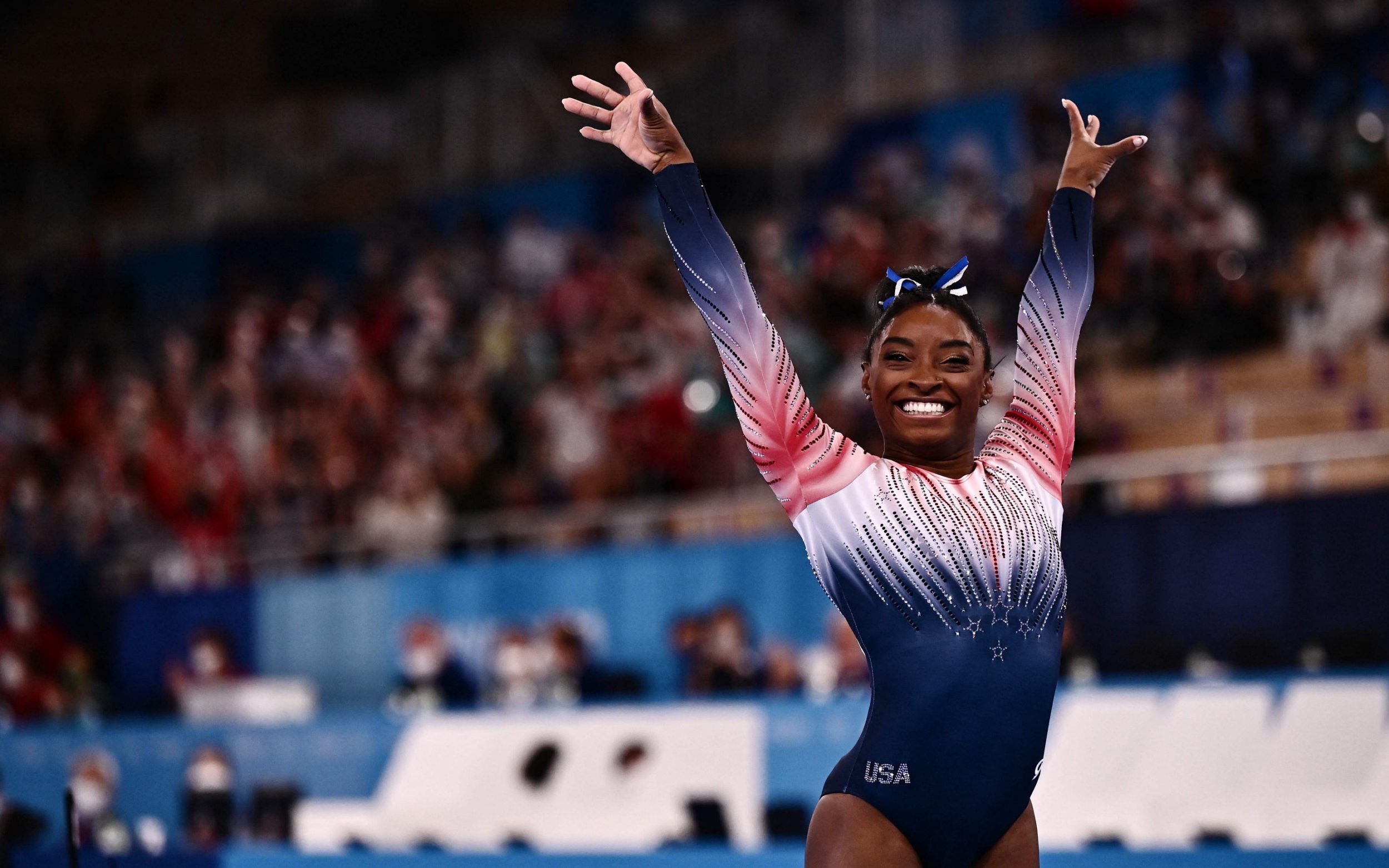 Simone Biles is the youngest recipient of the BBC Sports Personality of the Year Lifetime Achievement Award.

The 24-year-old is the first person to receive the award in her 20s, after a career in which she has been hailed as one of the greatest – if not the greatest – gymnasts of all time.

Biles was honored at the end of a year in which she changed perceptions of mental health issues in sport by retiring from five finals during the Olympics before coming back to win a bronze medal on the balance beam.

She also gave a powerful testimony in an investigation into the sexual abuse she and other gymnasts suffered at the hands of Larry Nassar.

Biles, who recently hinted at his retirement after winning 32 Olympic and World Championships medals, all but nine of them gold, said: “The BBC Sports Personality of the Year Lifetime Achievement Award is truly humbling.

“When I see these names honored before me, I can hardly believe it. This year wasn’t quite the year I expected as I had to take a step back to recover from an unseen injury.

“This was the hardest decision of my life, but I’ve decided to raise my voice to show that mental health issues are nothing to be ashamed of.

“I want to thank my teammates, friends and family who have given me so much love and strength. I will keep fighting for what I believe in and for sport to be a safe place for young people to grow and thrive.

“Thank you again for this truly wonderful honor and what it stands for.”

Barbara Slater, Director of BBC Sport and a former Olympic gymnast herself, added: “Simone’s passion and dedication to gymnastics has brought her and the sport to wider audiences around the world.

“What she has achieved on the biggest stages has confirmed her as one of the greatest exponents of the sport of all time.

“Also having four gymnastics skills named after her shows how much of an influence she has had. It is an honor to honor Simone with the 2021 Lifetime Achievement Award.”

The award was announced ahead of Sunday’s Spoty ceremony, where Emma Raducanu is the clear favorite for the grand prize.

The victory would make Britain’s new tennis queen the first teenager since Michael Owen in 1998 and the first woman since Zara Phillips in 2006.

Smoking could be banned in beer gardens and beaches

Israel Adesanya “confident” on the ground, says opponents “clutching at straws” hoping to win by taking him down

WWE Money in the Bank 2022: Where to watch, UK start time, full card and preview