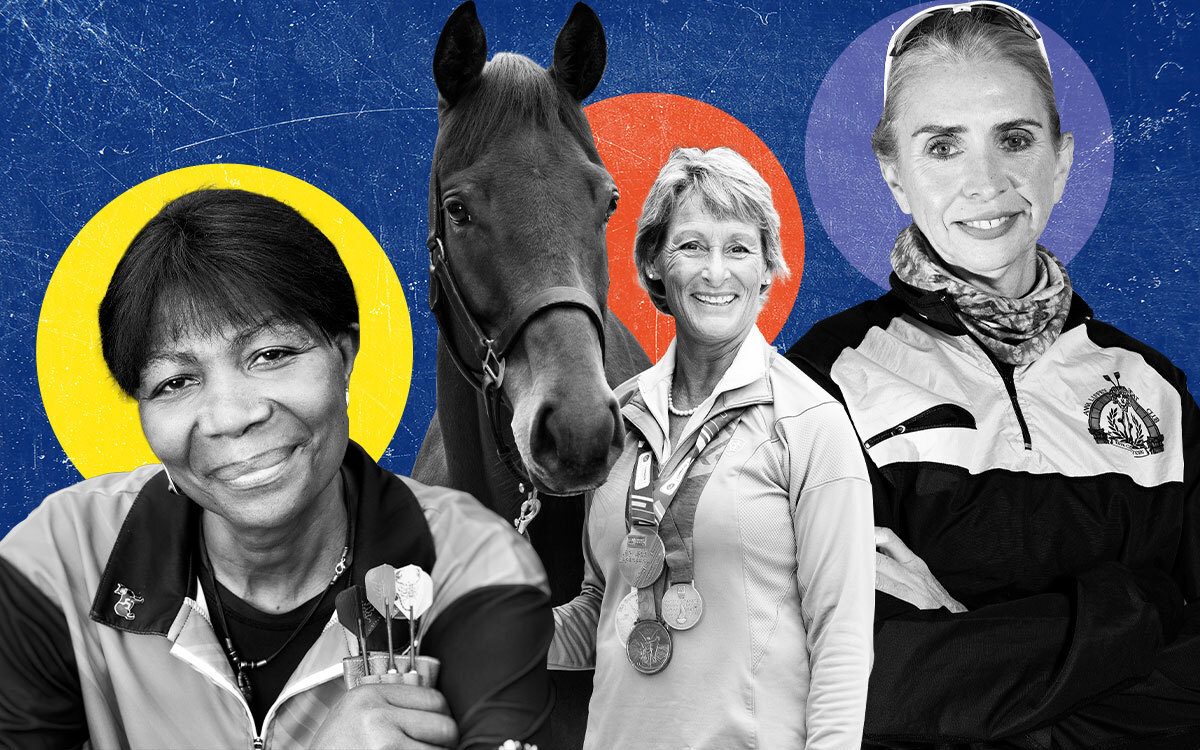 Frimley Green, 2014, and the final of the BDO Darts World Championship. Deta Hedman is moments away from the grand finale of her career – two sets against Lisa Ashton and a title fight.

Hedman was the picture of freezing concentration all night, but when she steps to the oche, something seems different. She looks distracted, sweaty and uncomfortable. Her throws are off and she loses the leg, then quickly the set. She then shakes Ashton’s hand and congratulates her on a remarkable 3-2 comeback win.

What happened? Was it the pressure of the situation? Was Ashton just that much better player? no Hedman had a debilitating hot flash — like so many millions of women around the world struggling with menopause.

Hedman was 55 in 2014 but had started suffering from menopausal symptoms a few years earlier so she knew what was about to hit her that night in Surrey.

“I had hot flashes all week before I played and I was like, ‘Thank God’ – I just didn’t want them when I was at the oche,” she recalls.

“In the final I could feel it coming. I played through it, but I’ve never had a hot flash that bad, I was an absolute mess. That’s why it was so awful with the tension. I should have asked if I could go .” to the bathroom, but at the time I was winning and I was like, ‘You can do this’. But my head and everything just went.”

Losing a world title at menopause is a cruel twist seven years later, and it’s a defeat that still haunts her. “I was absolutely devastated afterwards,” she says. “I lost in the end because when I was dying and trying to fight what was happening and stay focused, Lisa gained momentum. My fight was a little late.

“Even now, because of that experience, I always hope that I’ll have my hot flash before I get into the oche because it just throws me off balance.”

Menopause is something almost every woman experiences, but it’s rarely talked about in professional sports. This is partly because most athletes are at the end of their careers or retired by the time they start showing symptoms; However, it can have devastating effects in sports like darts, golf and equestrianism, where women are allowed to compete longer.

Hot flashes are one of the classic symptoms of menopause, but there are countless others that can impact athletic performance – from joint pain to heart palpitations, bad moods and “brain fog”.

“There were times when I would look at the board and decide to take a different shot than I had planned, and I was like, ‘Why did you just do that?'” says Hedman. “I know when it’s coming and my focus is everywhere.

“I get very irritable, sometimes I couldn’t stand to be around people. I just want to sit by myself and say ‘leave me alone, let me stay in my own little world’. I feel that my mood swings. One minute I’m the life and soul of the party and the next I just don’t want to be there.”

Hedman approaches her menopause in a cheerfully philosophical way – “Having lived your life, you know how to control yourself when the symptoms of menopause hit,” she suggests – and says the subject is actually freely debated in darts.

In many other sports, however, it remains more of a taboo subject — or at least misunderstood because it can affect performance. This is partly due to the wild disparities in symptoms women can experience, which can surprise even experts in the field.

https://www.telegraph.co.uk/sport/2021/10/28/hot-flush-stole-world-title-special-report-sport-menopause/ special report on sport and the menopause