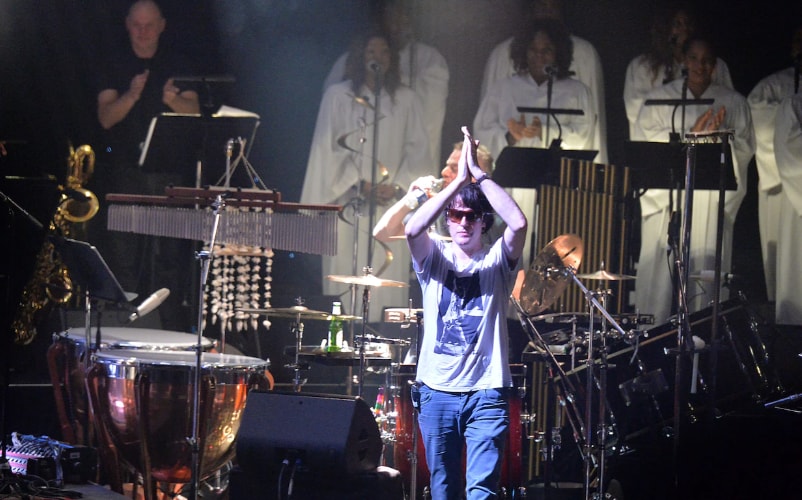 Spiritual, everything was beautiful ★★★★☆

Everything Was Beautiful is the ninth album from Spiritualized, and for fans of the iconic British ensemble, that’s probably enough to recommend it. It may be unfair to suggest that Jason Pierce essentially makes the same record over and over again, but there was a strong thematic and stylistic consistency throughout his work, beginning with the mantric psychedelia of 1980s indie trio Spaceman 3 , which he accompanied as co-frontman. his work as the only consistent member of Spiritualized, who have been producing stoned shoegazing epics since 1992’s Lazer Guided Melodies.

What Pierce does is deceptively simple: he builds songs around basic chord progressions, which he repeats, threading in with repetitive licks and riffs, and embellishing them with plaintive nursery rhyme melodies and simple but thoughtful lyrics; He sings the latter in a tiny, wasted, sad voice to which he adds layer upon layer of instrumentation. With a unique flair for orchestration, Pierce meticulously builds something larger than even the mightiest Phil Spector-esque Wall of Sound. It’s more like a sound tsunami, with spatial and dense qualities, fluid and majestic, menacing and beautiful – and almost unbelievably overwhelming.

Pierce perfected this approach on Spiritualized’s 1997 masterpiece Ladies and Gentleman We Are Floating in Space. I think his latest release might be his best work since—but I always think so. It can be difficult to maintain critical objectivity in music where the whole purpose is to pound and engage the listener.

Everything Was Beautiful is sort of a sequel to 2018’s And Nothing Hurts, with basic tracks written and recorded at the same time. Pierce spent several years working on these songs, adding more instruments, and mixing and remixing throughout the pandemic, which (judging by his comments) he seems to have enjoyed quite a bit. “I felt like I’d been training for this my whole life,” said the reclusive 56-year-old musician, adding that the record’s final form came to him as he walked the empty streets of London, where “even the sirens had stopped singing”.

The album was made with a line-up of over 30 musicians, featuring brass and choirs, and Pierce himself played 16 different instruments. Its seven songs span 44 minutes, from the blissful opening romance of Always Together with You to the 10-minute journey of the closing epic, I’m Coming Home Again. “I’ve been there and I’ve been back,” Pierce sings, which seems to be a fair summary of his career, as does his follow-up, “Gonna dull it with lorazepam” (a drug used to treat anxiety and sleep disorders). disturbances).

10 Red Flags in a Relationship