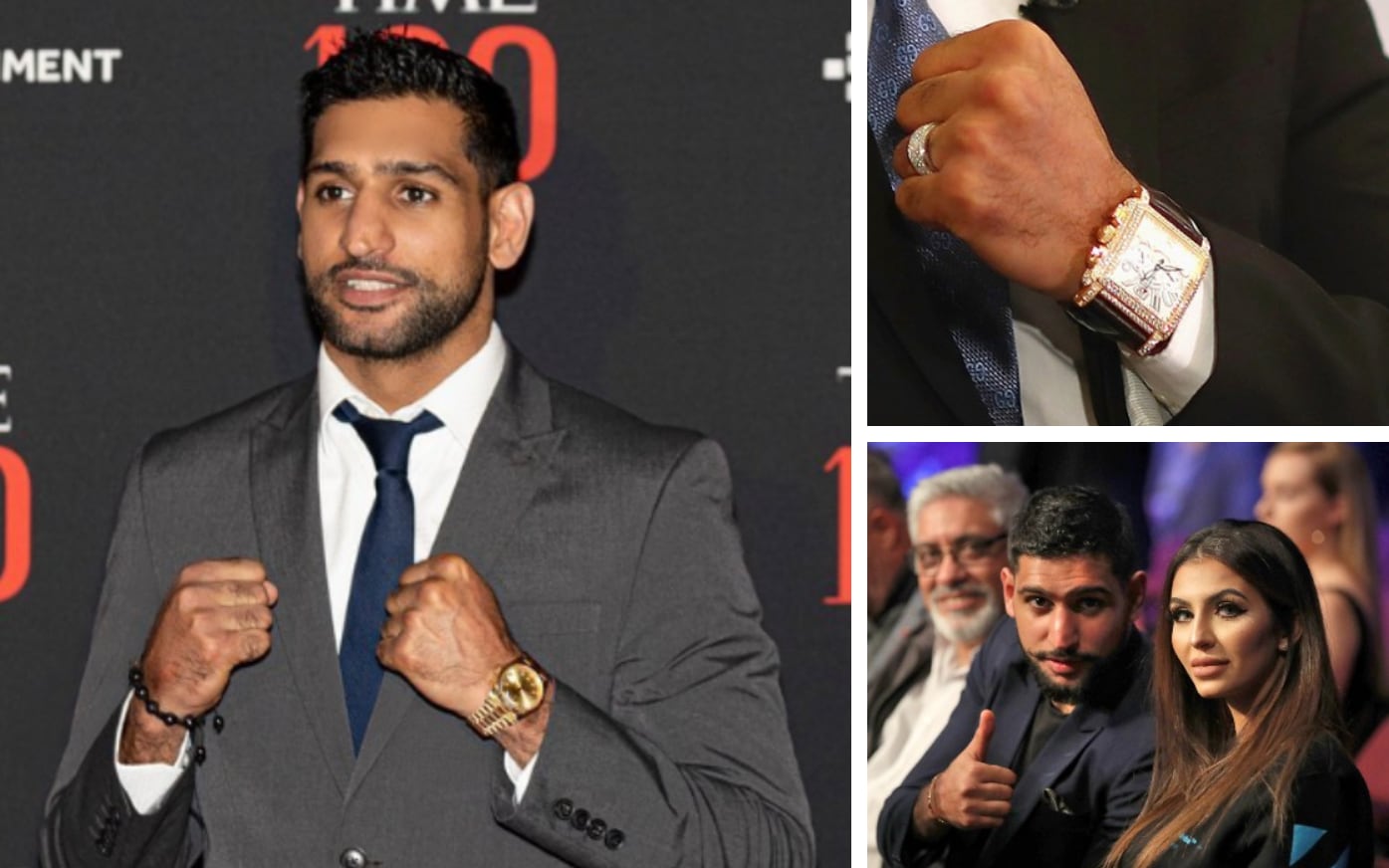 Top athletes have been warned by security chiefs to finally stop showing “bling” on social media after former boxing champion Amir Khan was robbed of his watch at gunpoint.

Khan revealed on Monday night how he and his wife Faryal Makhdoom were targeted while the couple were outside an east London restaurant. He described how a gun was pointed at his face as two assailants threatened him and his wife before claiming his high-quality Franck Muller Vanguard Chronograph. The attackers then sped away in a car in Leyton around 9.15pm. “I walked across the street with Faryal – luckily it was her [a] a few steps behind me,” Khan tweeted. “Two men ran to me, he asked for my watch while pointing a gun in my face. The main thing is that we’re both safe.”

Hours before the attack outside the Sahara Grill, Khan was photographed by a member of the public on Instagram shopping on Oxford Street while wearing the diamond-encrusted watch believed to have been stolen.

The incident comes two years after the 2004 Olympics silver medalist was criticized for using social media to brag about a £100,000 Richard Mille 32 designer watch he had bought. His online post was captioned, “I don’t treat myself every day.”

Alex Bomberg, whose company Intelligent Protection provides security for athletes and the celebrity world, said athletes now need to “switch on” to the potential connection between “flaunting bling” and targeted attacks.

“With our clients, we always educate them about what they post on social media and the kids too,” Bomberg told Telegraph Sport. “This could have ended very badly and very easily for Khan, especially with his wife there. I always say that such incidents are preventable. He should always be thinking about personal safety, where he is, what’s on his wrist and what he’s posted on social media.”

Athletes have regularly become the target of criminal gangs in recent years. Last month, Jesse Lingard became the latest footballer to be hunted when thieves swooped down on his home – while he was playing – to steal £100,000 of clothes and jewellery. Other high profile athletes targeted in recent years include Dele Alli in May 2020.

Khan, meanwhile, wore his watch to a charity event for his foundation at the Grosvenor House Hotel on Park Lane on Friday. The Metropolitan Police said in a statement: “Police were called to the High Road, Leyton at 9.15pm on Monday 18 April. A man in his 30s is said to have been approached by two men who threatened him with a gun before stealing his watch and fleeing. There were no reports of gunshots or injuries.

“Police responded and conducted an area search. At this very early stage there were no arrests. An investigation has begun and police are following a number of inquiries.”

Faryal and Khan have been married since 2013 and have three children together. It’s not the first time the Bolton-born fighter has been subjected to such a horrific ordeal. In 2018, he revealed how six years ago he had to fight an armed gang trying to steal his £100,000 Range Rover.

“It was really scary because I knew my life was at stake,” he said at the time. “When you are in a situation like this, you have to react quickly or you will get hurt. There were about 20 people, all with metal bars.”

The former WBA and IBF light welterweight champion was beaten in the sixth round by compatriot Kell Brook in Manchester in February.

Foals at Sounds of the City, Castlefield Bowl – stage times, support, setlist and how to get there