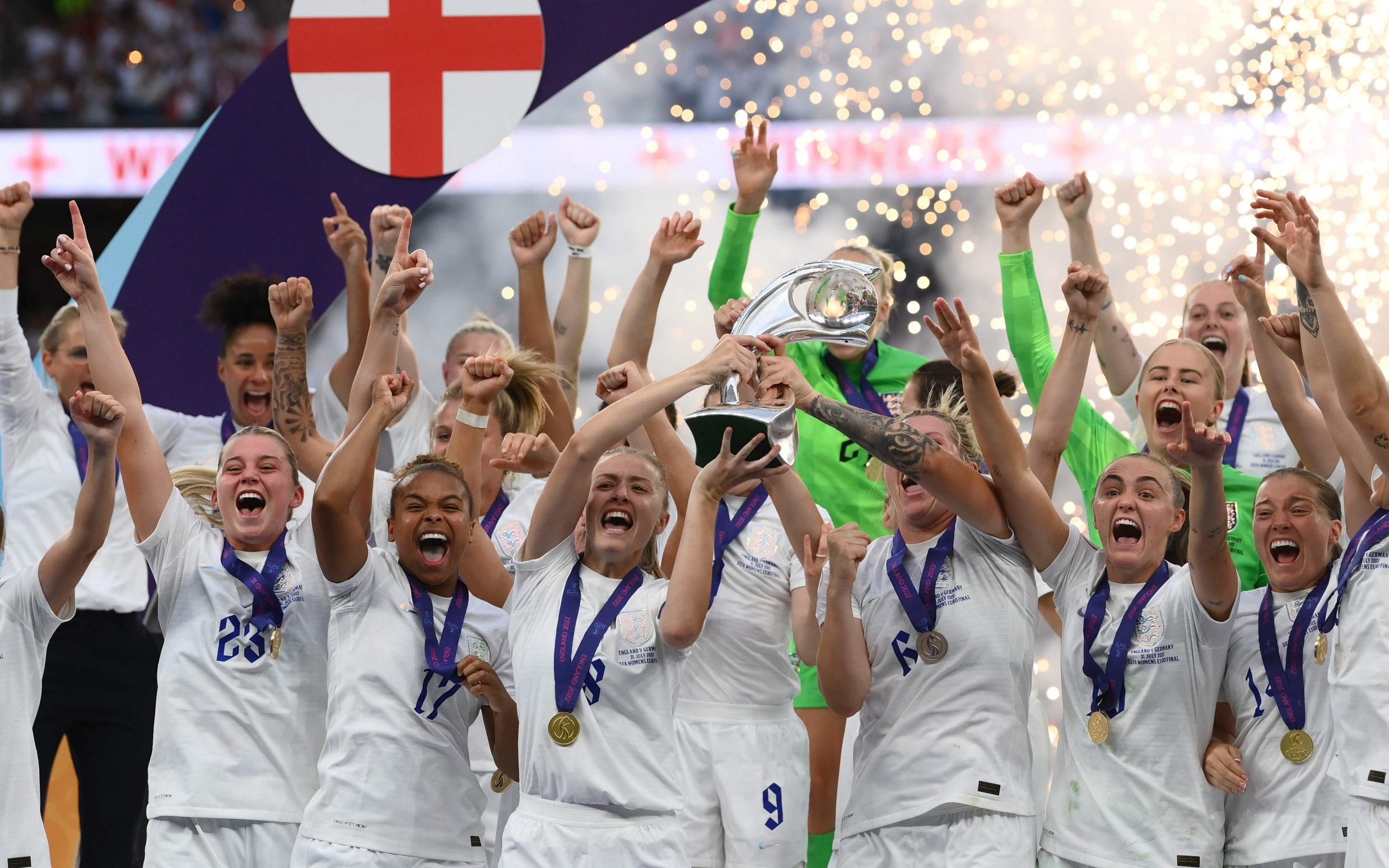 “Women’s football has experienced gradual growth since the ban on women playing was lifted. Now that women have surpassed the comparable level of men’s sport by winning the Euros, I believe we will see some significant changes. We need both men and women to go to home games and support their local teams.”

“While it’s an excellent result, you demean men’s football by even calling it close to equal.”

“SIR – I quit watching football years ago (I prefer rugby) but the Women’s EURO final was a game of flowing passes and shots on target which reminded me of the game I used to follow.

“They convinced me and I will follow their progress from now on.”

“Absolutely brilliant result! I was four years old when the English men’s team beat Germany. As a young girl I was banned from playing on any soccer team because ‘girls don’t play soccer’. Those women showed what a bunch of cobblers that was.”

Penny Mordaunt has backed Liz Truss’ bid for PM, hailing her as a ‘hopeful candidate’. The Trade Secretary – who came third in the race for Tory leadership – believes Ms Truss “has the transplant and authenticity to win”. Readers were skeptical as to the timing of Ms Mordaunt’s move, with many suspecting the support of the most likely winner would secure her a cabinet post.

“Penny Mordaunt has proven to be a fair-weather devotee. For it to have taken her so long to support Liz Truss, only now coming out, it’s clear which way the wind is blowing, but suddenly sounding so decisive confirms everything I suspected about her.’ Liz Truss should be told Ms Mordaunt be very careful. She’s a con artist with a good tongue – that’s the essence of what makes politics so awful.”

“Liz Truss has gained stature while Rishi Sunak has done the opposite. It’s one of the worst times in our history to be prime minister, and with just two years to prove the Conservatives can deliver on their manifesto promises. If Mrs. Truss wins, and I hope she does, I wish her the best of luck for herself and, more importantly, for the future of our country.”

The US assassination of al Qaeda leader Ayman al-Zawahiri in a drone strike in Afghanistan, one of the world’s most wanted terrorists and one of the main perpetrators of the 9/11 attacks, has divided our readers. Some praised the attack and said it brought justice, while others questioned the coincidental timing of the attack and the political motive behind it.

“They can run, but eventually they will be found. Some justice for the dead and injured after 21 years.

“The assassination of Ayman al-Zawahiri was an easy decision (and victory) for Joe Biden, presented on a platter by the CIA and the military. There were no difficult decisions or considerations here, no matter what the White House or the media tried to make it look like.

“Nevertheless, it’s still very unlikely that this will help Joe Biden improve his murky domestic image and the election carnage that awaits Democrats.”

“The point in time just before the midterms can’t be a coincidence?

“The handwringers in Washington must have decided that, on balance, this is now warranted to counteract a disastrous election result.”

Find out what breaking stories are getting our readers talking by visiting the Telegraph Community Hub.

Now it’s your turn: Do you agree with the thoughts of your fellow readers? Join the conversation in the comments section below

How Elon Musk sees the future: His bizarre sci-fi vision should concern us all

New task forces set up by Hong Kong’s new administration get to work, pledge to find ways to speed up construction and meet housing targets