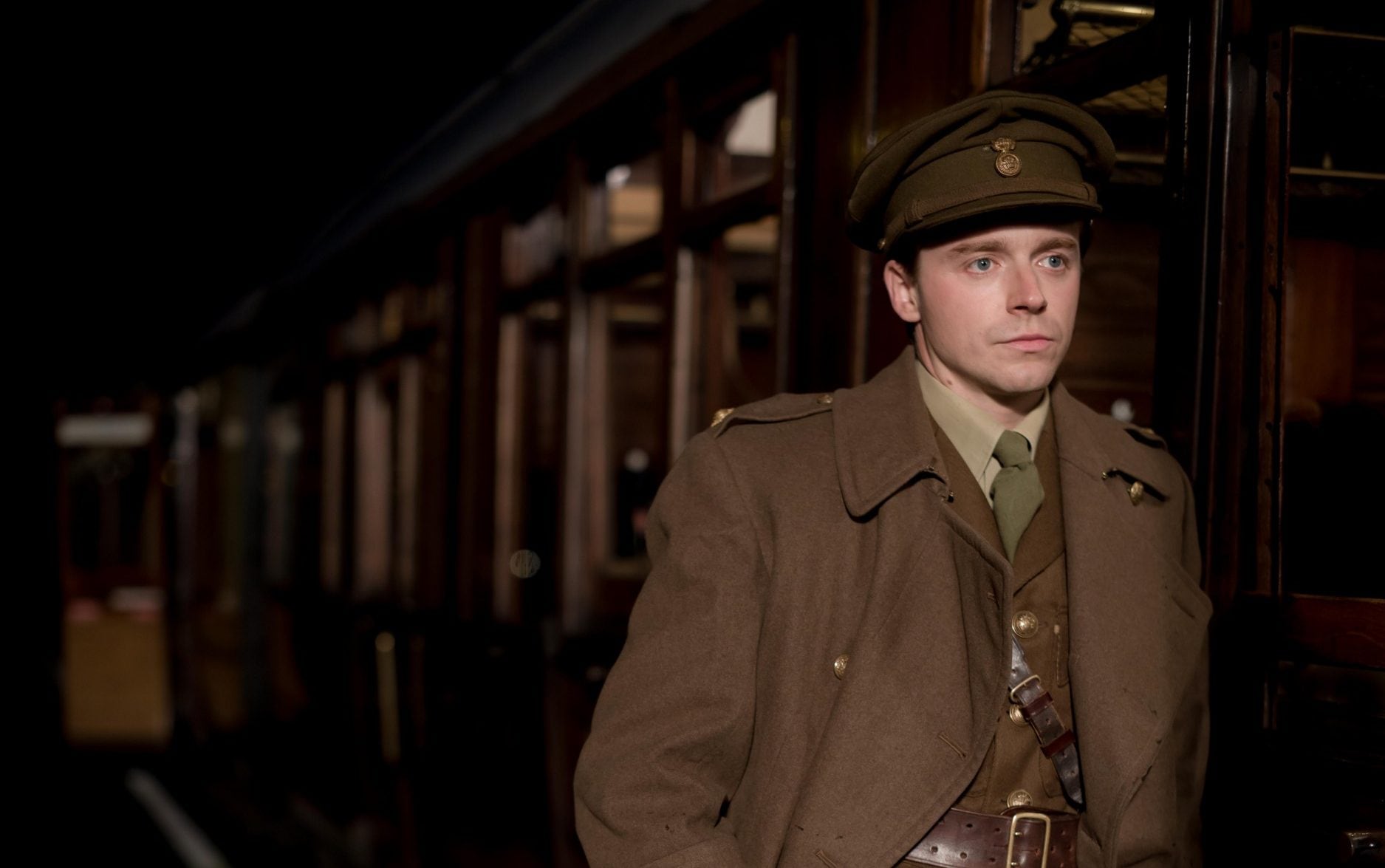 It’s hard to imagine a Terence Davies film that isn’t deeply personal in some way, but Benediction, his uncompromising new biopic about Siegfried Sassoon, feels like a crowbar of the soul. Not since Davies’ earliest, most overtly autobiographical films (Distant Voices, Still Lives and The Long Day Closes) has he been so open about the subject of his own sexuality. What we get here is the tale of two wars – one that Sassoon famously refused to fight any further when the poet wrote his 1917 “Soldiers’ Declaration” and the other that raged within him for the rest of his life.

This irresistibly bitter film is the culmination of Davies’ late style, following two valiant projects – the Scottish pastoral Sunset Song (2015) and his Emily Dickinson portrait A Quiet Passion (2016) – in which a sense of tension marked his artistic output restricted. Davies, himself a poet of misfortune, found a fascinating counterpart in Sassoon, whose furious campaign of protest against World War I gave strength and purpose to a literary career that continued in autobiographical mode for another 50 years.

Jack Lowden stars with phenomenal raw emotion in his deepest and best screen work yet. The film begins with Sassoon’s anti-war stance after losing his younger brother Hamo at Gallipoli and being awarded the Military Cross “for conspicuous bravery” in 1916. It was later claimed that he threw this decoration into the River Mersey in disgust.

At Craiglockhart War Hospital, near Edinburgh, he was officially treated for shell shock, but this amounted to de facto imprisonment to avoid a court-martial. Here he formed an intense friendship with Wilfred Owen (a sad-eyed Matthew Tennyson) and was treated by psychiatrist WHR Rivers (Ben Daniels), the real-life character at the center of Pat Barker’s Regeneration trilogy, who Daniels plays with grandiose avuncular intelligence. Owen would be called back to active duty, of course, and Sassoon would never see him again: a threatening farewell, handled with stifled reticence, that has exactly the effect Davies intended.

The poems provide plenty to talk about as scenes from Sassoon’s captivity sadly dissolve into newsreel footage of ditches. Davies’ screenplay is a dream: multi-layered, often hilariously acidic, and making room for a variety of standout cameos. Simon Russell Beale is Sassoon’s confidante Robbie Ross, the famous literary executor of Oscar Wilde; Lia Williams sketches a scolding Edith Sitwell, described at one point as an “animated meringue”; and Suzanne Bertish is the socialite Lady Ottoline Morrell.

Sassoon’s celebrity in post-war aristocratic circles led to a series of gay liaisons between which the film darts restlessly, garrulously and ultimately unhappily: In the orbit of the deadly narcissistic Ivor Novello (a scathing Jeremy Irvine) he looked for love and could don’t usually find them. How the elder Sassoon (Peter Capaldi) became such a grumpy and shriveled figure, sitting alone in church pews, is the film’s darkest question, though his doomed marriage to poor Hester Gatty (a sparkling Kate Phillips, then a broken one Gemma Jones) must have had a lot to do with it. The second half’s drift is raggedly crushed as Lowden’s Sassoon fruitlessly switches back and forth between lovers. It’s hard not to be reminded of what Davies said publicly about how being gay as a residual Catholic (rather than Sassoon, who converted in 1957) “ruined his life.”

Benediction’s cool power depends on a final scene, indeed a long and extraordinary final shot, with Lowden seated on a darkening park bench and Sassoon’s anguish pouring out unchecked: he has been thinking of Owen, and in particular his poem ‘Disabled’ and destroying so many lives, not least his own.

The sheer depth of Sassoon’s personal misery feels like a brutally unfashionable thing for a contemporary film, but Davies, who’s never given his mind to fashion, comes face to face with it. There’s nothing about the anger, waste and loneliness he’s willing to sugarcoat – and Sassoon gets very little peace.

An expert guide to Los Angeles

This Morning under fire over ‘insensitive’ food segment