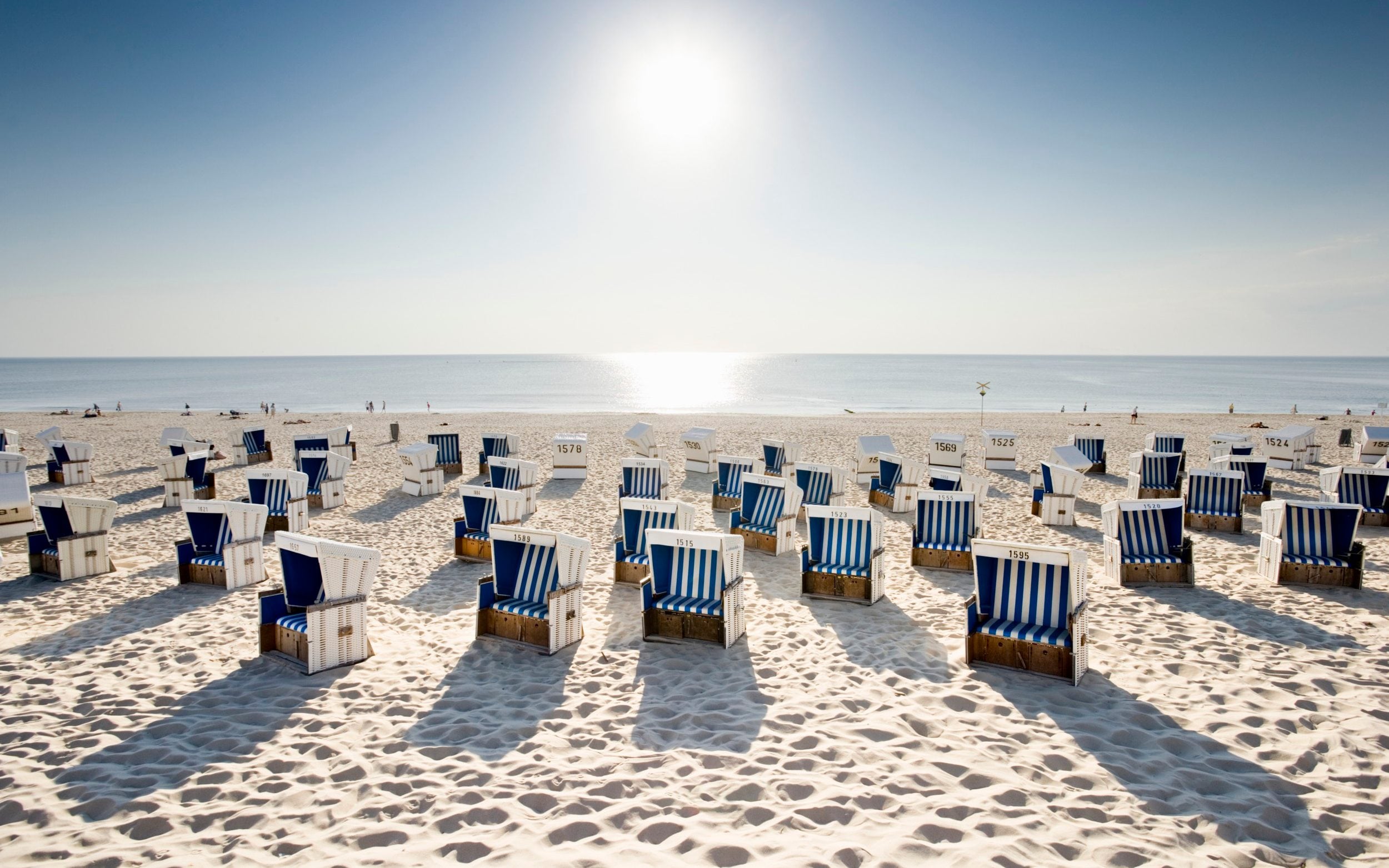 The idea of ​​going on vacation in Germany evokes images of romantic mountain castles and picturesque villages with pretty half-timbered houses rather than wide sandy beaches and rugged, beautiful coasts. But the country’s north coast, which stretches 2,200 kilometers along the Baltic and North Seas, offers just that – pristine stretches of coastline and sandy beaches, not to mention dozens of coastal islands little known to outsiders and some stunning lakeshore beaches that Scattered everywhere are land to boot.

Admittedly, pine trees instead of palms line the promenades, and it’s not bikini weather all year round – but in summer it’s warm enough for a nice dip, with water temperatures rising to a comfortable 18 degrees. And what Germany’s beaches might lack in Mediterranean exoticism, they make up for in diversity: Choose from simple spa retreats that are ideal for relaxing; classic beaches for sunbathers with dedicated sections for free-spirited nude bathers (nudist or naturism – “free physical culture”); islands without residents and cars; wild and windy coasts, perfect for surfers and water sports enthusiasts; and nature reserves with marine and bird life and scenic hiking trails.

While some of these spots are well known to Germans and can therefore get very busy in high season, overall they are not as crowded as classic Mediterranean beaches and there are plenty of ways to avoid the crowds. Prices are often cheaper than in the famous resorts of southern Europe, whether for restaurants, hotels or train travel. Below are some of the best beach experiences the country has to offer…

For sun, sand, surf and solitude (so a bit of everything)

Sylt (sylt.de), nicknamed Queen of the North Sea, is the northernmost island in Germany and lies west of the German-Danish border. As one of the North Frisian Islands, it also overlaps with the UNESCO World Heritage Wadden Sea – a coastal system of tidal sand and mudflats that stretches west into the Netherlands. The island’s popularity with (mainly) Germans lies in the diversity of its stunning 40km or so beaches, ranging from family-friendly spots like Wenningstedt-Braderup with its calm, shallow waters; Rantum in the south with striking sand dunes and wide mudflats; and more remote areas such as the Elbow, part of a nature reserve. There are wilder, windier delights for surfers and water sports enthusiasts too, including Hörnum and Brandenburg Beach in Westerland, home of the annual Windsurf World Cup. Don’t know how to surf? No problem: there are schools all over the island that rent equipment and offer courses. About a third of the beaches are also designated naturist areas, and the local scenery includes striped lighthouses, rugged cliffs, golf courses and pretty villages with spas, all accessible via cycling and walking trails.

https://www.telegraph.co.uk/travel/destinations/europe/germany/best-beaches-germany-holiday-2022/ The beautiful beaches of Germany you’ve never heard of

The 36 best romantic movies to watch on Valentine's Day 2022

An expert guide to a weekend in Lisbon

seven myths about women in the workplace

The grim reality of filth on your toiletries