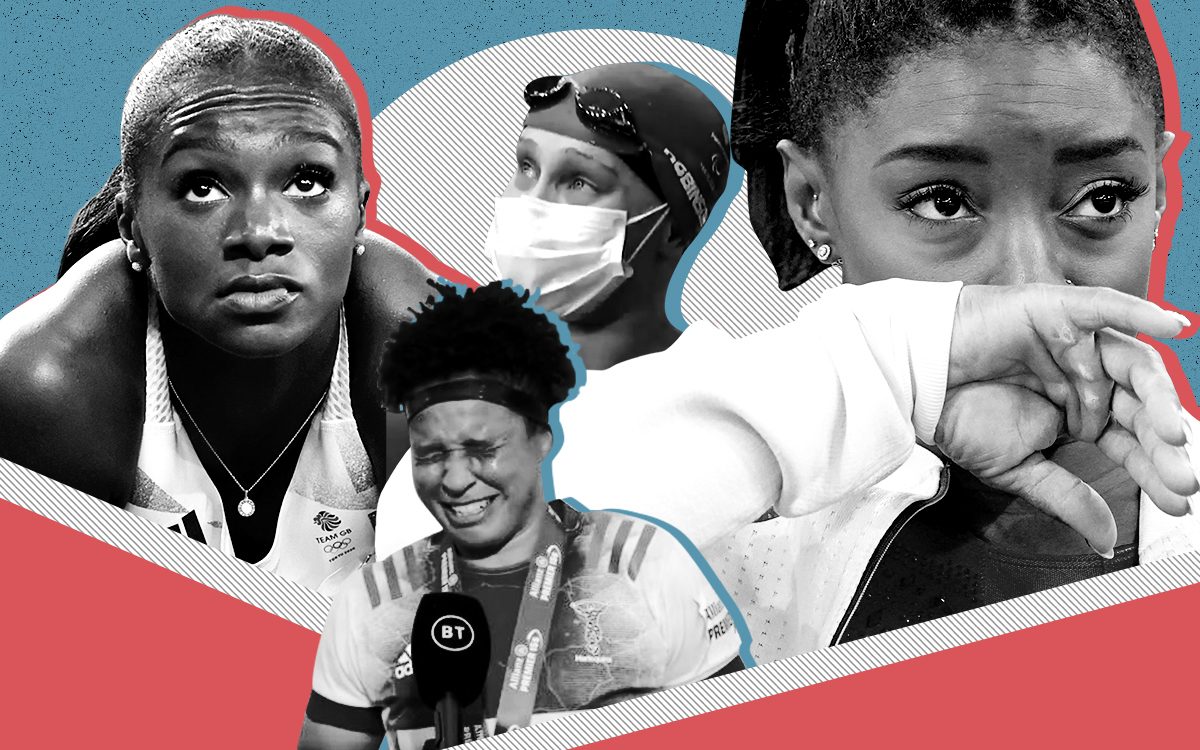 This change in perception, especially of women, showed a shift in public opinion. Studies have traditionally shown that men are more positively received than women when they cry, especially in settings that are viewed as masculine – such as sports.

The tears of Paul Gascoigne or Andy Murray have been lovingly immortalized, but female athletes have to deal with other stereotypes where tears signal weakness, poor judgment or just plain difficulty.

The stakes are even higher when you consider that the pressure on every women’s sports competition is “the perfect advertisement” for the game. Female athletes, already handicapped by funding and global reach, have shied away from rocking the boat or showing vulnerability for fear of alienating the potential fans they are expected to recruit. But Shaunagh Brown’s post-game interview at the Premier 15s final earlier this year, where the Harlequins stormed to their first league title, encapsulated the athletes’ emerging confidence to be bolder in spreading their message.

“This isn’t just about rugby, this isn’t just about the sport, it’s about women and women’s sport,” Brown said, choking on her battle cry in Kingsholm. “It’s about putting ourselves on a platform and knowing that we can manage to come out and show an international rugby standard in front of the fans. We’re here and I challenge anyone who thinks women’s rugby isn’t good enough or women aren’t good enough because we are.”

It was a rare opportunity for Brown, or any other rugby player, to address a prime-time television audience and she used the ebullient emotion of victory to get her message across. Female athletes, with all levels of pressure and expectations on their shoulders, have been uncompromisingly emotional for a variety of reasons.

An injury to British track and field star Dina Asher-Smith caused her to withdraw from the Olympic 200-metre dash, which she hoped to win as reigning world champion. Her live trackside interview will be remembered for its candidness. “Let’s make me cry for a minute,” she said rudely and without apology.

Paralympic swimmer Ellie Robinson’s post-race tears went viral as she made her final bow. Despite going home empty-handed, the former Paralympic champion captivated the nation with an impassioned poolside monologue. “I don’t want this to be a story of heartache and heartache,” she said tearfully, “I want this to be a story of triumph because it is. Although I’ve deteriorated physically, my hip is in very bad shape, I think I’m mentally stronger than ever.”

In a moment when sport had taught them to back away and silently withdraw in pain, female athletes spoke up and questioned what has traditionally been considered an acceptable response to adversity. Whether victory or defeat, desperation or exhilaration, women in sport made tears flow in 2021. And her message was all the stronger.

https://www.telegraph.co.uk/sport/2021/12/30/sportswomen-year-candid-superstars-opened-floodgates-make-sport/ The candid superstars who opened the floodgates to make sport stronger

Man who knifed neighbour to death is jailed for 38 years