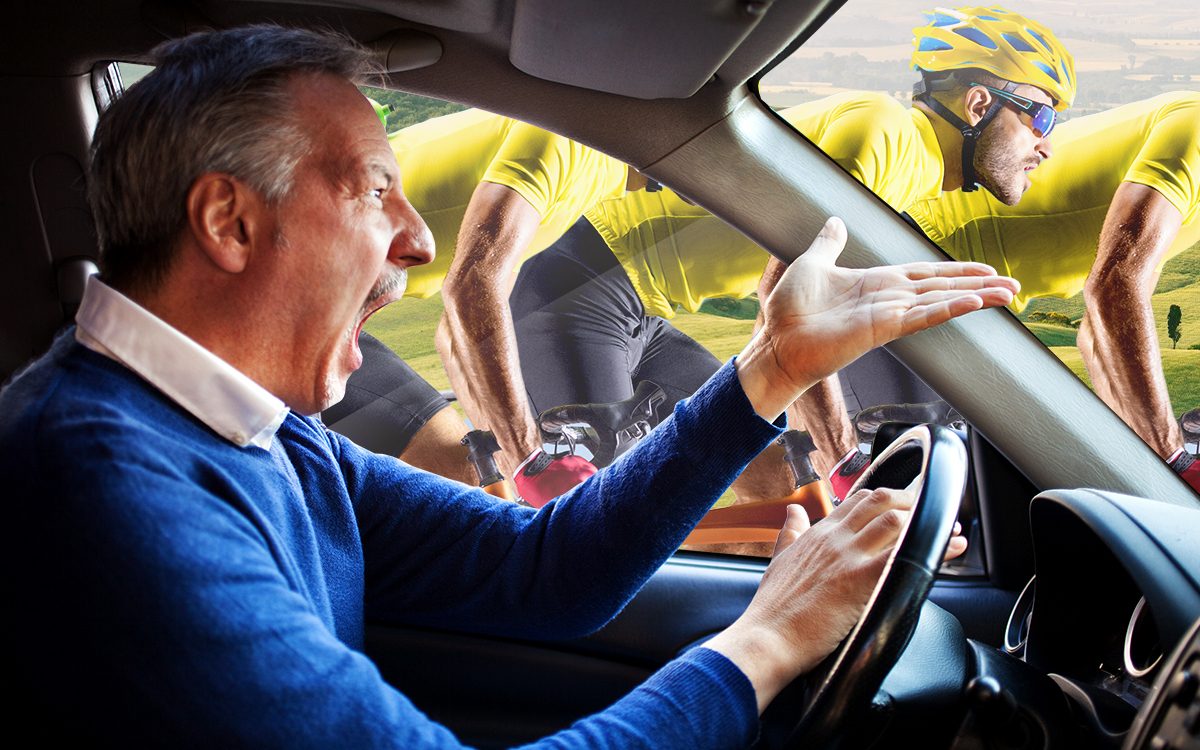 But when something goes wrong, one thing never changes, the balance of risks. Cyclists are more likely to die in accidents than drivers. A total of 140 cyclists lost their lives in 2020, 89 of them — or 64 percent — on country roads. And that number is rising, nearly doubling from 48 in just two years.

Such numbers are in strong agreement with London-based Andy Jackson, 49, who frequently ventures from London to Essex and Kent for round-trip journeys of 100 miles and more.

“The irony is that there’s less traffic in rural areas, so cars go faster,” says Jackson. Visibility is another important factor. “Safety in numbers is key,” he adds. “Motorists will have trouble not seeing 15 cyclists in a group at traffic lights around the city. It’s a lot harder in the countryside with hedges and narrow lanes.” Hence the tendency for two people to drive side by side – “but you get yelled at quite a bit for it,” admits Jackson.

It’s annoying indeed, agrees one Northumberland resident, who notes that cycling in pairs or more side by side is fine for those “enjoying their mornings” but not when you’re “trying to get the kids to school and… to take me to work!” .

“Rural people like us live and work on these roads, they are the gateway to the homes we live in, our route to work, to shops and to all other facets of life,” they continue. “We have no choice but to go by car as there is no public transport. At least a dozen times a week in the summer I come around a blind corner and it’s just as well that I’m walking slowly because there’s going to be a wall of them pedaling as fast as they can.”

According to Jackson, the problem with Strava inspiring heads-down “time trial” cycling is actually tiny. However, the app creates “heatmaps” of popular routes used by drivers – often because they’re quieter or have better road surfaces – which sends even more drivers in the same direction.

The road surface can be critical. Bumpy lanes “will move you even if you don’t want to be moved, which isn’t great when a truck goes by,” says Jackson. He cites fast, single-lane roads outside of London, such as Epping New Road, as a particular problem. “Everyone hates it,” he says.

And by that he means both motorists and cyclists. Because for all the barracking and stomach ache, no one likes the horror of a clean shave.

https://www.telegraph.co.uk/cars/features/cycling-wars-taking-countryside/ The cycling wars taking over the countryside

Willie Nelson at the peak of his powers, Bloc Party attempt a comeback – the week’s best albums