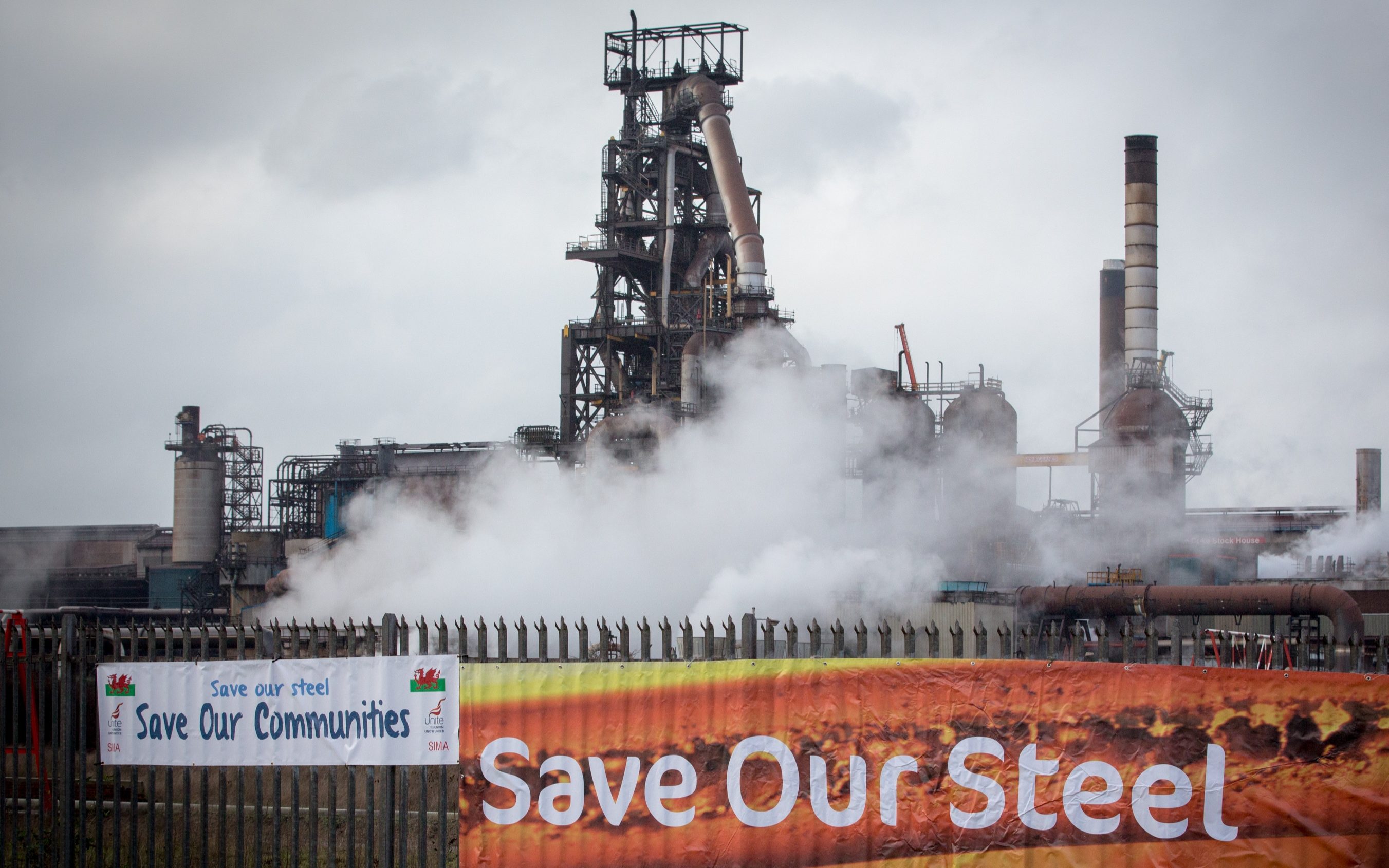 SIR – Government policies on climate change and subsidies for renewable energy have led to ridiculously high electricity prices – almost twice the EU average price and three times the price of Sweden, which has a thriving steel industry.

As a result, we see families being pushed into fuel poverty, production choked and jobs exported abroad. It is time for the government to adopt a coherent energy policy to maintain a competitive economy.

Unfortunately, it may be too late for the steel industry.

SIR – The EU has failed to help Britain protect its steel industry as China puts substandard steel on the market.

However, in a chaotic world, the British manufacturing base needs good steel to survive. We do the best. The Port Talbot plant needs support.

SIR – The steel industry, one of Britain’s last vital industries, looks set to close. But steel influences almost everything that is made in this country.

What’s wrong with state-owned strategic industries? Does everything have to be run profitably?

Future for youth outside the EU

SIR – Nicky Morgan, the Education Secretary, has claimed that young people’s prospects will be hurt by Brexit. The suggestion seems to be that all the opportunities available to future generations lie only within the EU. In reality, there is a big, vibrant world beyond the EU.

This focus on risk reinforces the fact that the Remain campaign has little positive to say about Britain’s membership. If politicians want to create the best opportunities for future generations, they should look beyond the limitations, inefficiencies and costs of the EU.

Any short-term difficulties arising from Brexit will be viewed as trivial by future generations.

SIR – How does Ms Morgan reconcile her claims with the UK’s youth unemployment rate, which has fallen to around 13 per cent, compared to corresponding statistics (between 30 and 50 per cent) for southern EU members? The policies of the EU and the Eurozone have failed the youth.

SIR – Speaking on the Today program yesterday, Lord O’Donnell said that if we voted to leave the EU, it would not be possible to get a new trade deal in less than two years. He also said renegotiations could be affected by elections in Germany and France.

Surely this possible interference by German and French political parties is reason enough to vote to leave.

SIR – Industry Minister Anna Soubry is wrong about trade with the EU.

Ms Soubry also seems to agree that “full access to the free trade single market” requires EU membership. It’s not like this. We can argue ad nauseam about exactly what “full control” means. But if we compare China’s exports of goods to the EU to those of the UK, we see that China has exported about 1.5 times as much goods as the UK over the past five years. China is not a member of the EU and does not even have a trade agreement with the EU.

SIR – David Kirby (Letters, March 29) comments that Leave.EU has chosen an unfortunate address for its Bristol base at Catbrain Lane.

However, he should keep in mind that if a cat jumps into unsafe territory, it will always land on its feet.

Throw in the towel

She ignores that none of these activities aim to injure an opponent. In boxing, the clearest sign of victory is knocking out the opponent—a surefire method of injury that also carries the risk of death.

SIR – I was forced to box at my school and have lost more fights than I have won. Losing is both painful and humiliating.

Boxing should have been banned years ago. Ms Leslie cites charities that use boxing to “change the future of inner city kids” but many other sports would bring greater benefits.

https://www.telegraph.co.uk/opinion/2016/03/30/letters-the-governments-energy-policies-have-failed-the-steel-in/ The Government’s energy policies have failed the steel industry

a cerebral, sexy story about the search for happiness

Analysis: Ignore The Tory Spin, The By-Election Results Are A Disaster For Boris Johnson