Why would Bart Barber, acting president of the conservative Southern Baptist Convention, sit down for an interview with Anderson Cooper on 60 Minutes, the long-running CBS news show known for throwing softballs at liberals and brickbats at conservatives?

Could it be because both Cooper and Barber understand that political affinities these days sometimes run a little less along partisan lines and a little more along that line that separates Trumpers from everyone else?

Though Barber transitioned from Never Trump to the cautious Trump voter between 2016 and 2022, he doesn’t share the view of more than 60 percent of the Southern Baptists he serves that the 2020 election was fraught with irregularities and fraud. For Barber and Cooper, but not for the vast majority of evangelicals and Baptists, the legitimacy of President Joe Biden’s election victory is unquestionable.

That shared view secured Barber a remarkably stress-free 60 Minutes interview last week, which has been served up to many progressive guests over the years.

The millions of Baptists whom Cooper refused to represent could ask Barber, “Have you read Molly Hemingway’s book ‘Rigged: How the Media, Big Tech, and the Democrats Seized Our Elections?’ If so, what did Hemingway do wrong? If not, why don’t you admit that you lack enough information to comment on the integrity of the disputed election?” In response to Cooper’s question about the 2020 election, Barber, without supporting facts, settled on national television with the views of the majority of the constituency for which he was elected.

JD Greear and his successor Ed Litton became embroiled in a sermon plagiarism scandal that forced Litton to withdraw his candidacy for the typically perfunctory second year-long term as president of America’s largest Protestant denomination. As LGBT activists marched through K-12 schools across the country and Biden defended the parent-uninformed, teacher-assisted administration of hormone blockers and surgical “sex reassignment surgery” for newly identified transgender children, Greear and Litton said that “sexual sin the Bible is only whispered.”

On the other hand, Greear, Litton, and Barber say that deep loyalty to a political party (read: the GOP) smacks of a slide into idolatry.

Though Barber, Greear and Litton are not keeping pace with the Southern Baptist base, they manage to win elections the same way many Democrats do — through the machinations of an established class that mobilizes a vast, dependent bureaucracy to act on Election Day appear.

The establishment’s isolation of candidates and incumbent SBC presidents from everyday Baptists steers away from questioners who, unlike Anderson Cooper, share the concerns of the 80-plus percent of Baptists who voted twice for Trump and no sympathy for the awoke cherish the revolution that has engulfed the country.

Just as Biden calls for national unity while firing divisive rockets of rhetoric in the process, Barber sharpened his “unity rhetoric” in “60 Minutes,” blaming conservative Baptists for their partisan allegiances while dealing with the minority Democrats Baptists as compassionate advocates of social justice.

Cooper accepted Barber’s stated desire to promote unity between the establishment and conservative Southern Baptists at face value. But like his predecessors Greear and Litton, Barber participates in many public gatherings with established elites, but never with the conservatives, who share the beliefs and concerns of humble Baptists.

Barber bemoaned the political divisions within the SBC, telling Cooper that “blind partisanship destroys everything.” Unaddressed was the open refusal of more than 80 percent of Baptists to vote for a Democratic Party that now supports abortion at any stage of pregnancy and seeks to punish those who refuse to celebrate the taking of unborn human life.

Barber accused Southern Baptists who disagreed with his own vague notion of moral equality between the two major political parties of “just not listening.” Cooper didn’t delve deeper.

But scratch just beneath the surface of Barber’s indictment and one discovers a world of “not listening” to Barber himself. Following in the footsteps of the two establishment presidents before him, Barber shields himself from the prominent dull black best-selling Southern Baptist author, Carol Swain and Voddie Baucham. Like Greear and Litton before him, Barber surrounds himself with bright black men able to satisfy the virtue-signalling needs of white men who hold the top spots in high-profile institutions.

Barber’s goal on “60 Minutes” was to present himself as an SBC peacemaker for a time like this: “We have opportunities to unite, to solve problems, and we keep missing those opportunities to come back to the other team to shoot. After seven years of elite establishment control, insults to conservatives and stone walls, “Physician, heal thyself!” seems like an appropriate response to Barber’s pose as a wannabe Southern Baptist uniter.

We’ll know if and when Barber’s assurances of desired unity become credible.

He will turn away from the transparently pro-establishment interviews with Democrats on national television and carefully controlled question-and-answer orchestrated by like-minded sectarian elites who have been tapping into him to protect the progressive SBC cause. We’ll see Barber turn to those with whom he wants unity – namely the conservatives on the other side. 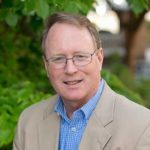 https://www.westernjournal.com/op-ed-president-southern-baptist-convention-just-telling-encounter-anderson-cooper/ The President of the Southern Baptist Convention Just Had a Telling Encounter with Anderson Cooper

Co Tyrone woman who defrauded her employers out of £1.9m and faked having cancer to fund lavish lifestyle loses bid to appeal prison sentence

Strike action at Armagh, Banbridge and Craigavon Council could end with resolution possible ‘in the days ahead’