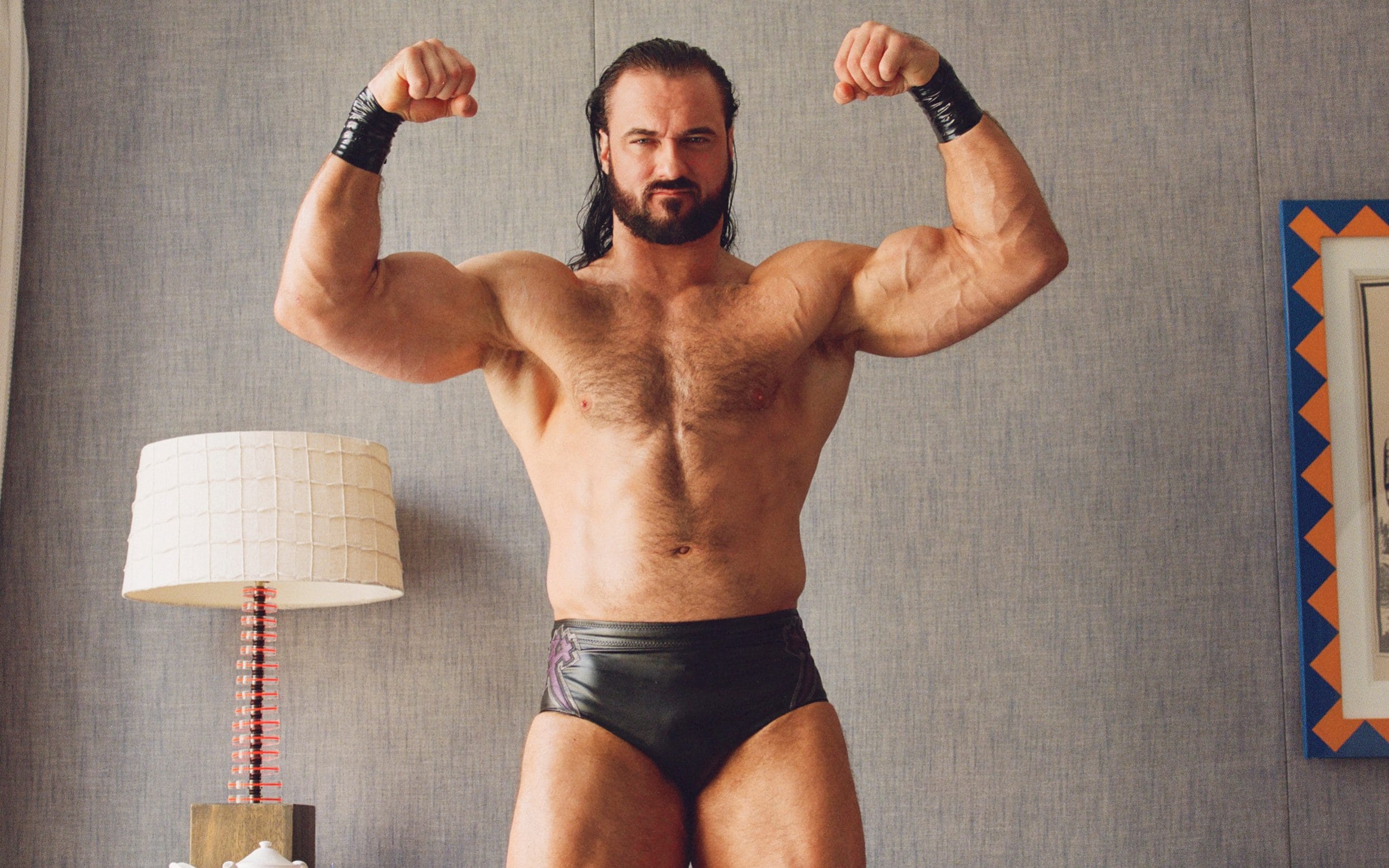 Angela suffered from cerebellar ataxia, a degenerative neurological disorder that affected her sense of balance. To move around the apartment, she had to hold on to walls and furniture. But she brushed aside her issues and prioritized supporting McIntyre’s dreams of becoming a pro wrestler.

While at school, McIntyre, John and a friend developed their own “tournament” – Xtreme Scottish Backyard Wrestling. An old double mattress served as a ring. He trained by running on Ayr Beach and using rock-filled plastic bottles as dumbbells. At age 10 he joined the Frontier Wrestling Alliance in Portsmouth, 450 miles from Ayr, and went as often as he could, staying for the weekend or for week-long training camps. He learned holds, counter holds, joint manipulation, footwork, how to fall safely and how to hit the ropes.

His young years sound more like a low-budget comedy. On his public debut aged 16 in Linwood, Renfrewshire, just outside Glasgow, he wore the “most terrifying outfit – skin-tight electro-blue PVC trousers and a black fishnet vest”.

McIntyre helped found British Championship Wrestling (BCW). Undeterred by heckling in drafty village halls across Britain, he found that doing what he loved in front of a crowd, “even 10 men and a dog” made him livelier than ever.

But his parents were horrified to see him tumble over the ropes and fall out of the ring. To placate her, McIntyre applied to university. A “big fan” of the X-Files and serial killer documentaries, he has a degree in Criminology from Glasgow Caledonian University. He found that his student loan paid for both gym memberships and protein supplements. Meanwhile, he says, “Dad wanted a college diploma that he could put on the wall and say it’s his son.”

A key part of wrestling is role play. McIntyre’s early ring persona, “Thee” Drew Galloway, was a self-reliant womanizer who stepped into the ring on Chesney Hawkes’ “I Am the One and Only.” After fighting as a summer job at a Butlins Holiday Camp, McIntyre competed in a WWE Trial in London in 2007. He was committed and invited to America. He was excited.

Two weeks later, after McIntyre arrived at WWE’s development center in Louisville, Kentucky, WWE sent him “on the road for TV,” a potentially transformative moment. Having only fought in front of a maximum of 100 people so far, he was asked to skip the line of contenders and walk out in a prime-time TV slot watched by millions. After his successful debut, he spent two hours accepting friend requests on social media.

He submitted to a weekly sleep-eat-fitness-wrestling regime. “Skull sessions” – de-briefings – followed after each game. “The commentaries were never about the execution of moves,” says McIntyre. “It was about how best to project the drama of the story.

“Wrestlers are athletes, improv actors, stuntmen and entertainers all wrapped up in a charismatic package,” he says. “It’s a soap opera in spandex.” Not only do you have to learn the moves, you also have to stay “in character”.

What does it take to become a top notch pro wrestler? The ideal candidate will have top-notch athletic ability based on strength, flexibility, agility, telegenic charisma, a trainable temperament and an immense work ethic. It probably helps that McIntyre comes from a part of Scotland where “people, including me, aren’t afraid to make a fool of themselves – traits that come in very handy in my job”.

https://www.telegraph.co.uk/sport/0/wwe-superstar-drew-mcintyre-skinny-scot-wrestled-way-global/ the skinny Scot who wrestled his way to global stardom