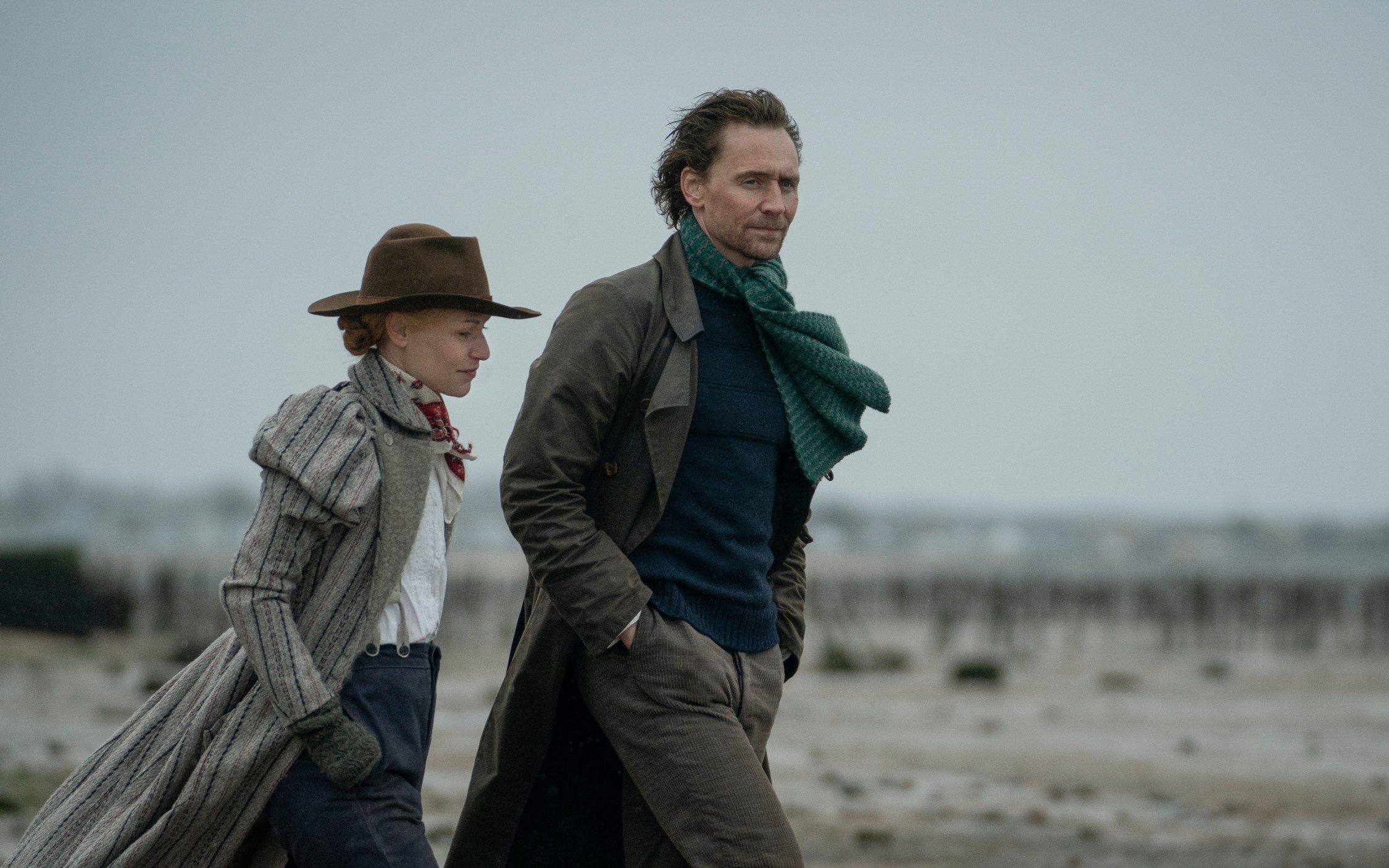 Do you remember Fleabag’s Hot Priest? Now we have The Essex Serpent‘s hot vicar. Sarah Perry’s best-selling novel has been adapted as an Apple TV+ series and recast as material for the Tom Hiddleston Appreciation Society.

It’s a period drama set in 1890s Essex, but Hiddleston seems firmly rooted in the period between dressing for a fashion shoot and posing for the camera. The costume designer accessorized him with quality knitwear and a scarf that looks like it was bought in Hackett yesterday; it looks particularly modern.

At least the drama lights up whenever Hiddleston appears on screen. Because otherwise it’s hopelessly drab, which is unforgivable when the source material is so plentiful (disclaimer: I loved the book).

Claire Danes plays Cora Seaborne, a widow who turns up in the coastal community of Aldwinter after reading reports of a “monstrous serpent” lurking in the swamps. Cora is a Mary Anning-esque amateur fossil hunter who brings her scientific beliefs to a superstitious community. She believes the snake may be a plesiosaur that escaped evolution; the more godly locals fear it will cost lives as punishment for their sins.

Will is such a dreamy character that he doesn’t deny Cora’s lack of religious beliefs, just watches appreciatively as she discusses it. Though maybe that’s because he’s in love with her; The series evolves into a love triangle involving Will’s wife, played by French actress Clémence Poésy as the healthiest consumptive of the 19th century.

Hiddleston delivers a soulful performance. Danes, in an apricot-colored fright wig, displays her full range of native expressions: tearful, scared, overwrought. Somehow, Cora gets a creepy doctor (Frank Dillane) to fall in love with her too, which complicates her personal life even more. She also has a son who I believe is autistic and an all-too-familiar nanny/companion (Hayley Squires) who is given a semi-subplot about socialism. They all leave their stuffy London homes for shabby-chic Airbnb rentals. Sorry, I mean authentic Victorian cottage.

Director Clio Barnard (The Selfish Giant) has always been more concerned with atmosphere than plot. She and author Anna Symon have produced something flat where moments of high drama or strong emotion seem overdone. Still, it looks gorgeous thanks to David Raedeker’s cinematography. And Hiddleston’s wardrobe.

Ellie Goulding: 'Why I kept my lockdown pregnancy a secret for 30 weeks'

Who Is Dylan O’Brien Dating?

Holly Willoughby ‘anxious’ as This Morning guest has blunder before show