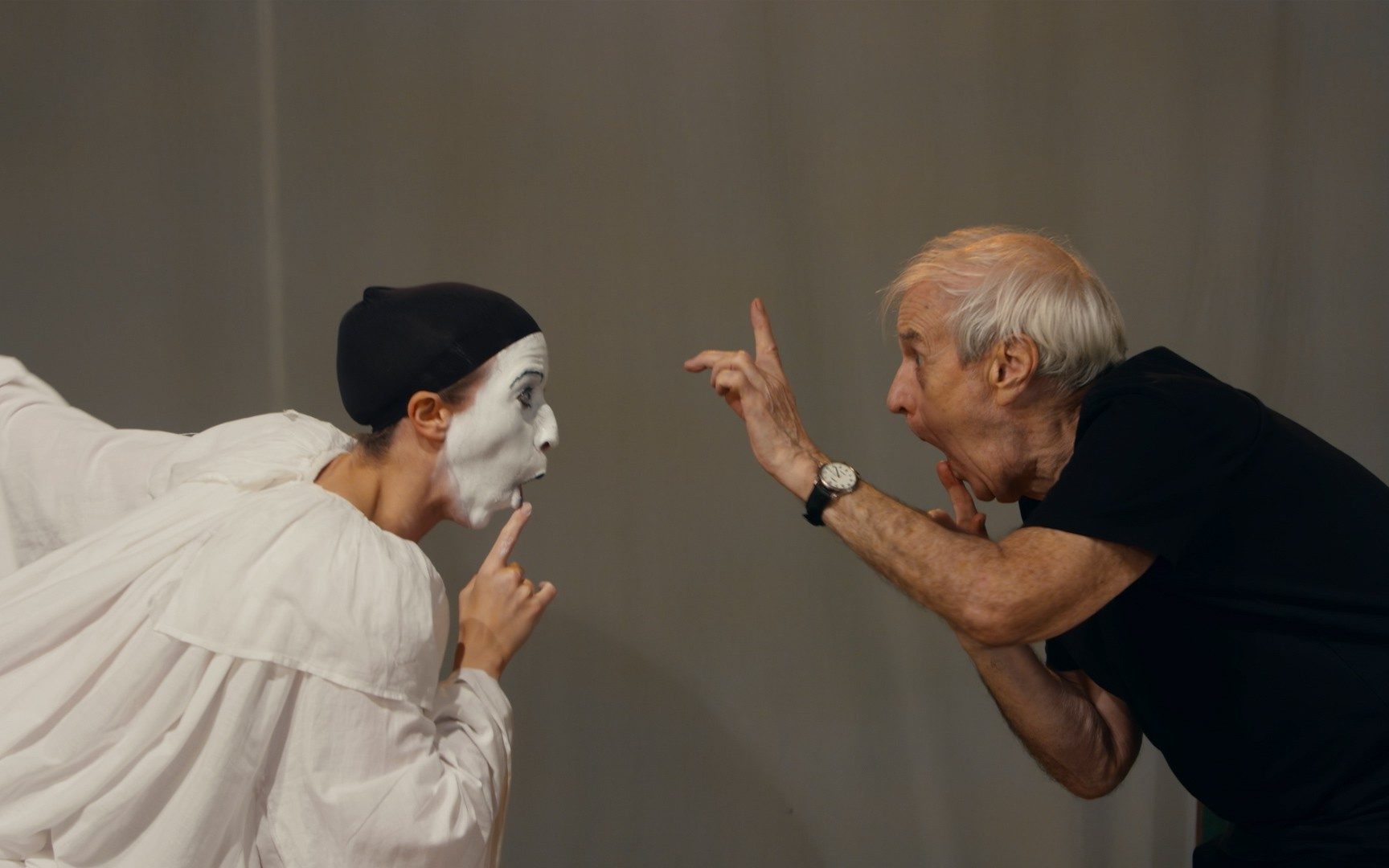 This sweet dog-eared documentary about Joan and Barry Grantham, two married veterans of the golden age of British vaudeville, has a touch of end-of-semester thank you card. Now, both well into retirement age – the film is strangely shy about the crucial detail of their respective ages – the couple now teach dance, clowning and commedia dell’arte to a motley group of apostles. Barry prances, swaggers and teaches while Joan coaxes music hall staples from an upright piano with brilliance: her students, meanwhile, seem there to soak up the last lingering rays of a bygone era of English theater and perfect their pulcinellas Pierrots.

First-time feature director Audrey Rumsby is one of her acolytes, and her film is more of an attic rummage than a polished walk-through. Instructional material meets a partially animated crash course in commedia characters, while affectionate tributes from current students recall the Granthams’ careers, archival photos of their stage work and some inexplicable drone footage of the London skyline reminiscent of apprentices. Despite the wealth of material, the gaps are noticeable.

You might be wondering what on earth so many cheeky young American stage school guys are doing in Barry and Joan’s class and how they even found out about it, let alone spied on them in a Southwark library. But their students’ own stories are mostly overlooked. Nor is there any curiosity about the pair’s seemingly one-sided power dynamic: Barry appears to be the professional driving force behind the partnership, but the film’s tendency to interview the pair side-by-side doesn’t leave much room for either party to be candid on that front.

Nevertheless, much of what is here is fascinating. The Beginner’s Guide to Commedia has been cleverly put together, with vivid summaries of the various masked character types and plausible claims about their comic durability: they lurk in Shakespeare, Max Miller, Laurel and Hardy, even Friends and Shrek.

And Barry’s own random career is amusingly eyebrow-raising, from his uncredited roles in the Powell and Pressburger films The Red Shoes and The Tales of Hoffman to his time as a living Charlie Chaplin wax figure at Madame Tussauds. Above all, it was and is a pleasure to watch him in action. “Funny Bones” doesn’t go far enough – rather, its muscles have been flexed to the optimum tensile strength for comical grace.

In the end, the title proves to be a traitor: Barry & Joan is definitely a first-name film with its subjects. But you still can’t help but admire this duo’s determination not to step down just yet.

My wife is ignoring our autistic daughter's needs

The Phantom of the Open, review: an uproarious, Ealing-esque tale of a real-life golfing imposter