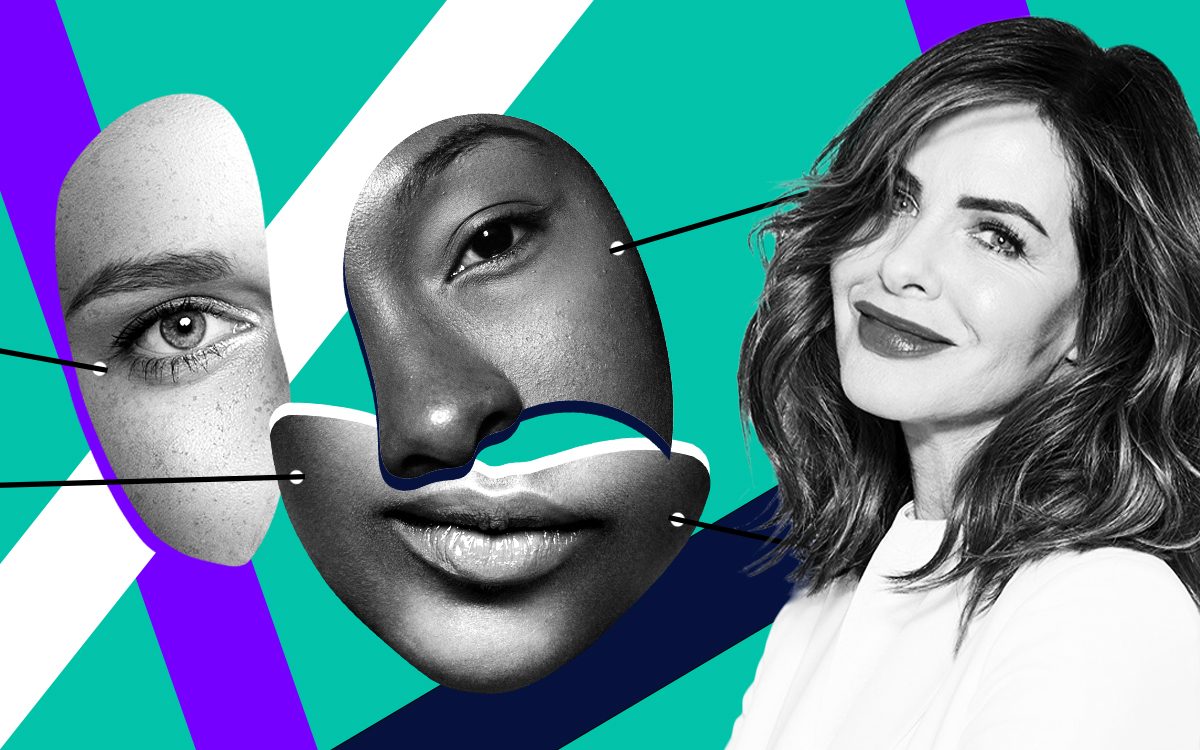 Woodall, 57, who co-hosted the BBC show What not to wear alongside Susannah Constantine in the noughties, has been in a relationship with businessman Saatchi since 2013. In 2017 she started her own makeup company Trinny London.

Woodall, who was formerly married to the late musician Johnny Elichaoff, described how she “grew up a lot like I’m in a relationship” when it came to her and Saatchi. She said: “I don’t get away with stuff, so if I have some kind of outrage, he’ll say, ‘Really, are you kidding?’ And then I go upstairs and I’m like, ‘Okay, let me grow up now.’

“I think that’s what happens when you’re with someone who’s been through a lot in their life, and there’s no one more supportive of my business and jobs when it comes to being my champion.”

She said she’s “very happy” with Saatchi, 78, who sometimes tells her when they’re in a cab together, “‘You know how proud I am of you, don’t you?’ and then move on to another topic.”

Woodall shares how she dealt with her own impostor syndrome and recalls taking time off around the age of 28 after which she felt “I can’t even type a letter anymore”. But when one of her closest friends died and she had to help organize the funeral, “it made me realize how efficient I could be.” Experience taught her that she no longer needed to work as someone else’s assistant and could “make something a little bit better.” She added, “You have to start getting those little belief knots underneath.”

Elsewhere in the podcast, Woodall suggests that some brands are still guilty of “tokenism” when it comes to representing older women who may not want to see “another 16-year-old girl” make-up them. sold up.

She also recalls meetings with potential investors who only spoke to her chief operating officer, Mark McGuinness, and not her.

As for imposter syndrome, self-doubt and lack of confidence being experienced more often by women than men, Woodall said: “I hate comparing men and women. I really think it’s like you’re doing everything you can to look your best and ignoring the fact that there’s a man in the room. Do not feel the comparison, for then the comparison will be less there.”

Have you ever felt like a scammer? That you don’t belong in the room? That you could find out at any moment? You’re not alone. Every week on cheater, Claire Cohen meets a woman at the top of her game and finds out how she defeated Imposter Syndrome to get there. Listen with the audio player above, or subscribe to Apple Podcasts, Spotify, or your favorite podcast app for free.

https://www.telegraph.co.uk/women/life/trinny-woodallplanning-friends-funeral-made-realise-efficient/ Trinny Woodall: ‘Planning a friend’s funeral made me realise how efficient I could be’

The best new cars at the Geneva motor show 2019, in pictures

What I’ve learnt after my year of boys, booze, boobs, bonks and banks