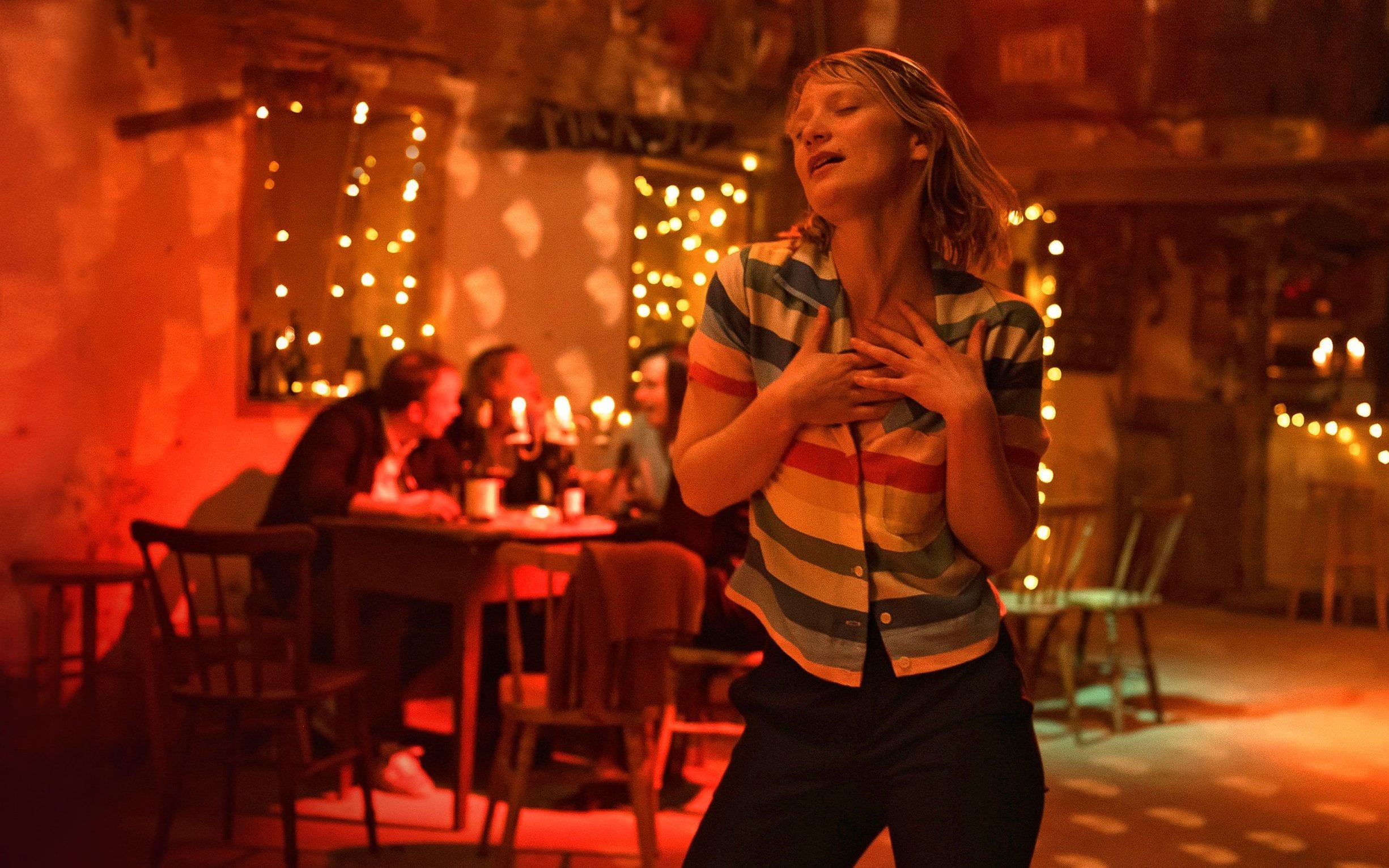 Anthony Sanders (Tim Roth) is an acclaimed British director of what you might call upscale pulp: think blonde women, black overalls, the flash of headlights in the blade of a knife. He’s also an Ingmar Bergman fanatic. He and his filmmaker partner Chris (Phantom Thread’s Vicky Krieps) have embarked on a writing retreat on the Swedish island of Fårö, which served as the austere author’s windswept base of operations from the early 1960s until his death. They live in Bergman’s own house and even sleep in the bed from his 1973 masterpiece Scenes From a Marriage: “The movie that caused millions of people to divorce,” remarks the housekeeper proudly.

The couple is hardly on the verge of splitting, but there’s a friendly coolness to their relationship that suggests they’ve settled into comfortable roles: he’s the star, she’s the supporting role. But in the course of Bergman Island, French director Mia Hansen-Løve’s extraordinary new film, we are asked to consider what it would take – and what it might mean – for the spotlight to shift.

Chris finds the location off-putting at first: “Don’t you think it’s too pretty?” she says, gazing at the beauty outside while an empty notebook sits on her desk. But while Tony hops aboard the island’s official Bergman Safari tour – the film is incredibly perceptive to the mini-industries that are springing up around important male artists – she goes on an impromptu sightseeing tour with a student filmmaker (Joel Spira) and an idea begins to germinate.

It’s a love story, set on Fårö, in which two ex-partners are awkwardly reunited at a wedding – and as she tells Tony the plot we see the film she has in mind, starring Mia Wasikowska and Anders Danielsen Lie in the lead roles, an earthier, more tactile visual style and Tony reliably interrupting at the juiciest spots.

Hansen-Løve lets these two couples vacation together: one cozy and playful, the other full of sexual tension, each influencing the other in devastatingly clever and subtle ways.

In K-drama Why Her? Seo Hyun-jin plays a vicious lawyer who falls from grace. Will she recover – and show us some human foibles?