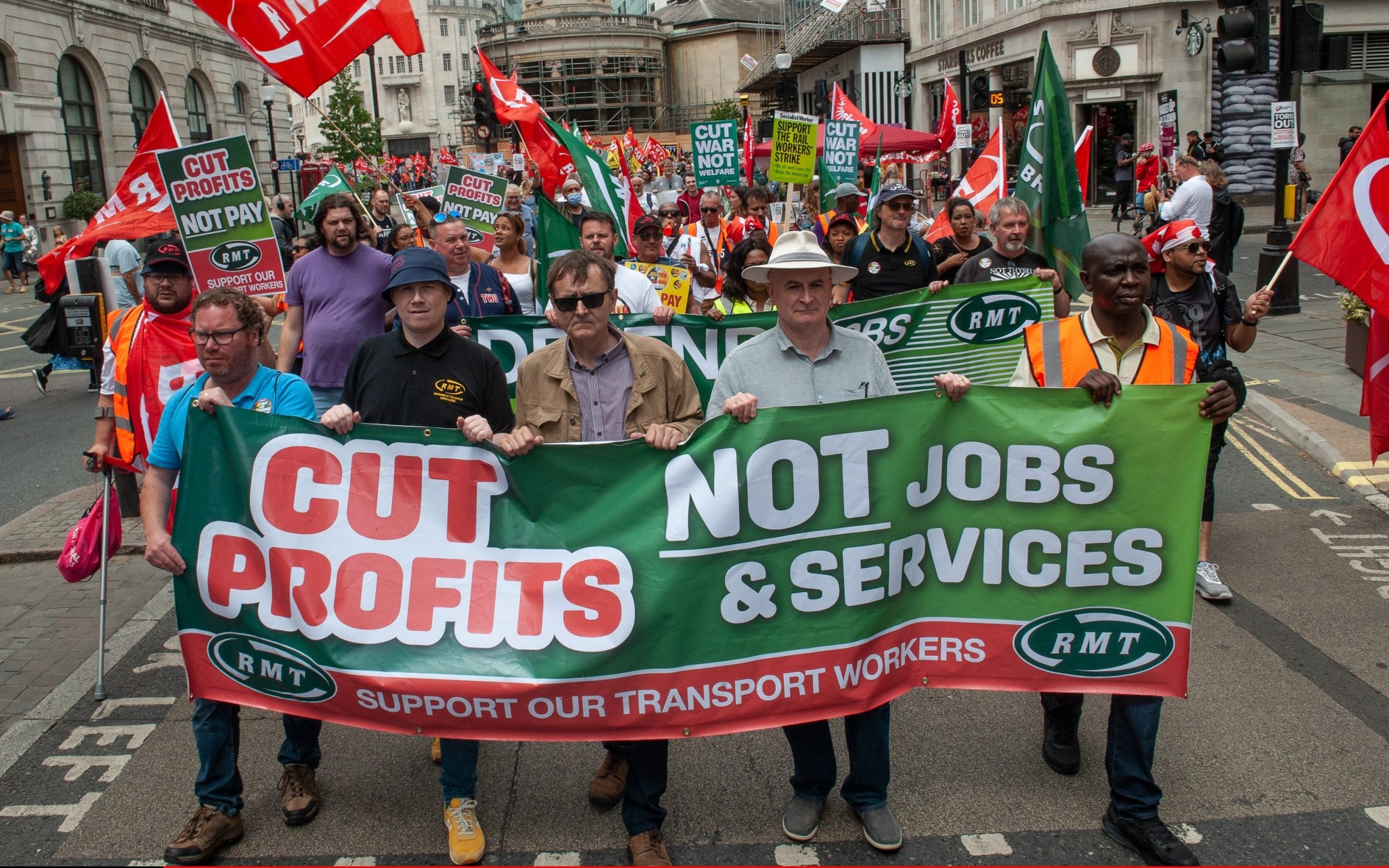 The arguments for industrial action are not only weak, they are non-existent. There is a much stronger case for wage moderation. Despite being propped up by billions of pounds in Treasury support during the pandemic, the country’s railways remain in a sorry state. Demand is well below pre-pandemic levels, and reforms and technological innovation are needed to make services more sustainable.

This is not the backdrop against which unions should try to blackmail the entire country, nor is it the way to pay back the taxpayers who stood by the rail industry during the Covid crisis.

It is a huge betrayal of Treasury support of RMT 16 billion Members kept their jobs and continued to support their families while others, such as the self-employed, faced an uncertain future.

The strike is likely to do further damage to railroads as more commuters turn their backs on trains, which they realize have never been so unreliable, opting instead to drive to work more frequently or from to to work from home. Another exodus of passengers would have a devastating impact on the network’s already weak finances and could potentially trigger further cuts and job losses.

Calling on teachers, doctors, nurses and lawyers to join the wage war could be counterproductive as well. As union bosses conjure up the specter of the 1926 general strike, Britain risks grinding to a halt and accelerating a full-blown recession. At that point, the public’s patience would surely break.

In a rush to flex its muscles, the RMT runs a serious risk of misreading public sentiment. According to a YouGov poll for Rail Delivery Group, about one in two think calls for a double-digit pay rise are “inappropriate,” while a similar number think now is not the time to strike.

The government could also respond by tightening its stance. Legislation is already being introduced to allow employers to parachute agency workers to mitigate the effects of strikes. It may also bolster ministers’ resolve to introduce new legislation making it illegal to go on strike when minimum service is not maintained.

That wouldn’t be unfair. Union bosses like to remind people of workers’ democratic right to strike, but what about the rights of citizens whose lives could be repeatedly turned upside down by such protests? There is clearly a balance to be found between the two.

The suspicion is that the whole farrago is politically motivated. Lynch claims there is no deal on the table, but according to weekend reports, just last week the RMT turned down a payment offer from Network Rail worth more than 3 percent.

She seems determined to strike no matter what, as long as she can continue to undermine a Tory government. With a total of 204 ballots in the last three years, it is a movement that seems to have succumbed to industrial action.

Perhaps the rail strikes are less about solidarity and workers’ rights and more about fulfilling the Marxist fantasies of a man on a power trip.

Jack Monroe on life as a non-binary parent