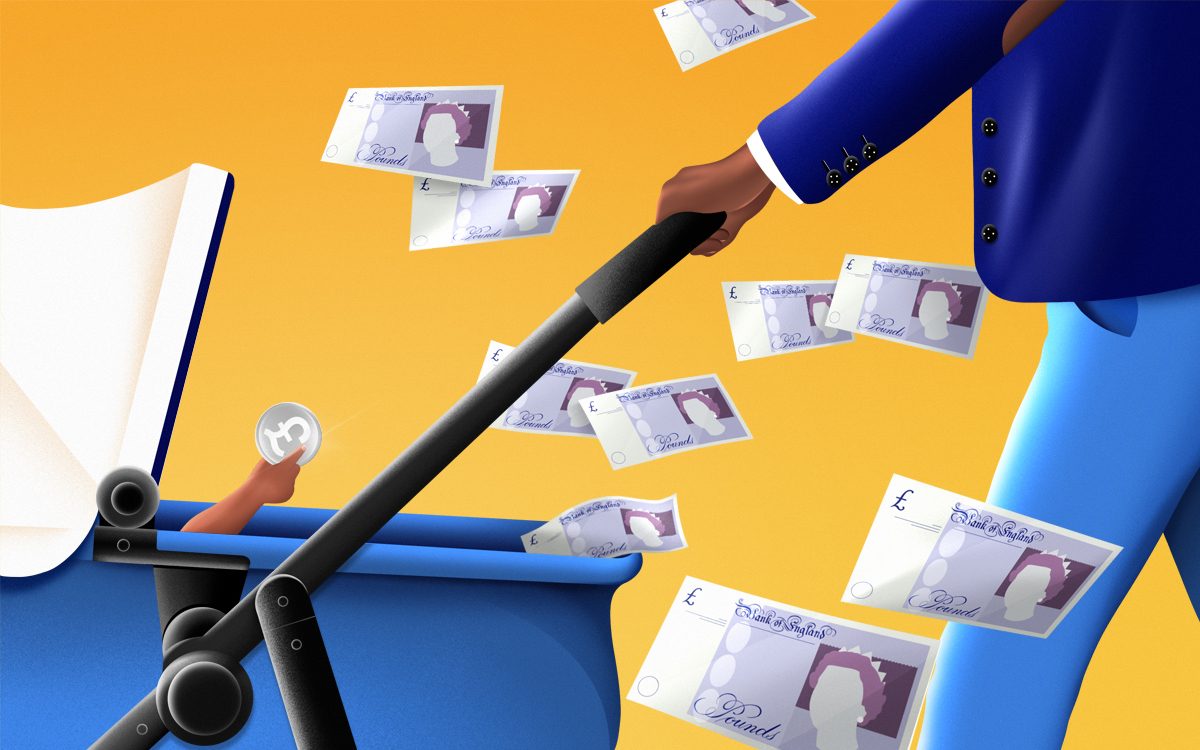 Nearly three-quarters of parents said they had not used government assistance like the tax-free childcare program to help lower their bills, with 16 percent saying it was because they didn’t understand the rules and eligibility criteria.

That newspaper revealed last week that in 2021 one million eligible families have not claimed the benefit, worth £2,000 per child, and it is open to parents earning less than £100,000 a year.

According to charity Child Poverty Action Group, the cost of providing a minimum ‘socially acceptable’ standard of living for a child up to the age of 18 rose to £160,000 last year. That’s an increase from £141,000 a decade ago – an increase of 13 per cent. The cost of single parents has risen even more, rising by a quarter over the last 10 years to nearly £194,000 at the end of last year.

The charity said prices have risen particularly rapidly since 2020 after a period of relatively low inflation. It said the cost would continue to rise as inflation hit 10 percent this year.

Middle-class families pay even more to raise children when you factor in non-essential activities like activities, spending money, gifts, and vacations. Wealth manager Moneyfarm put the average cost over 18 at up to £327,000 per child. When independent school fees are taken into account over a 13-year senior secondary career, the cost rises to more than £500,000 per child. Fees for independent day schools rose by 3.1 per cent to £5,200 per term in the last year alone, according to the Independent Schools Council professional body.

That means it now costs middle-class families more than £1million to raise two children if they have a private education. This applies without taking into account any private school visits in previous years or kindergarten fees during the pre-school period. Parents also have to pay £138 a week for 25 hours of childcare for a child under two, a third more since 2001 when it cost an average of just £102 a week, according to the Coram Family & Childcare Trust, a charity.

Neil Leitch, of the trade body Early Years Alliance, said families were facing a “crisis” with “increasingly prohibitive” costs creating “an unsustainable financial burden”. He blamed the rising burden “on the government’s decision to knowingly underfund free childcare year after year,” saying it “left providers no choice but to pass this on to parents in the form of higher fees.”

Joeli Brearley of Pregnant Then Screwed, a charity and campaign group, said the rapidly rising costs are forcing more women to give up their careers. About 28.5 percent of “non-working” women are not working because they have families to care for, according to the Bureau for National Statistics. The number of women aged 25 to 34 leaving the workforce to look after families rose 13 percent in the first three months of the year compared to the same period last year – the first sustained increase after three decades of gradual decline .

Ms Brearley said: “We have warned the Government that this would happen but have yet to see any credible plans that will prevent further consequences. It is time the government took this seriously and invested in quality, affordable and accessible childcare for all.”

https://www.telegraph.co.uk/money/consumer-affairs/want-start-family-need-1m-just-get/ Want to start a family? You’ll need more than £1m just to get by