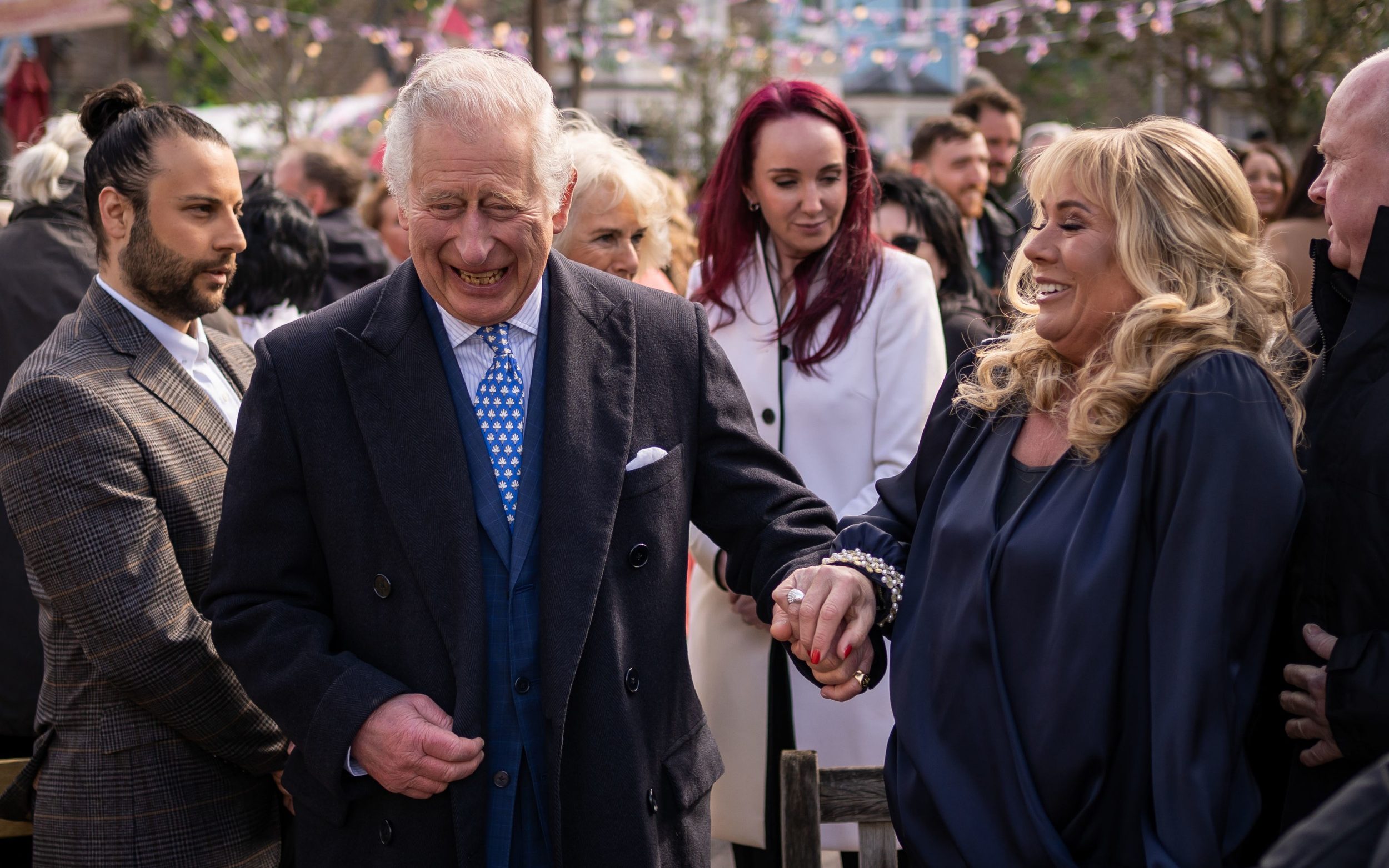 If members of the royal family believe the world smells of fresh paint, they may also believe that mere mortals are living in a state of mild hysteria. A special episode of EastEnders recreated a royal visit to Walford and it was impossible to tell who was more nervous, the characters or the actors themselves.

The Prince of Wales and Duchess of Cornwall performed bravely on the show, playing themselves. They did admirably despite the bizarreness of the premise: they were introduced to a range of fictional characters and asked to engage with them appropriately.

Surreal episodes of soap operas tend to stray from the earthly world. Think Bobby Ewing stepping out of the shower in Dallas and revealing that the entire previous season was his wife’s pipe dream, or the Neighbors dream sequence in which Bouncer the Labrador imagined his white marriage to a border collie. But EastEnders might be the strangest yet while remaining firmly rooted in Albert Square for fusing fantasy and reality.

The cast played starstruck residents, but they were starstruck in real life too, while also appearing paralyzed with nervousness at having to improvise dialogue with the heir apparent (this was a one-take television and the actors had no idea what the royals would do speak to them). It was a breakneck watch, and the only actors who acted normally were Rudolph Walker as Patrick Trueman because he’s an old pro, and Danny Dyer as Queen Vic landlord Mick Carter because he’s a man who’s breaking through never fazes (and lest we forget or never see this particular edition of Who Do You Think You Are?, he is a descendant of Edward III and Thomas Cromwell).

https://www.telegraph.co.uk/tv/0/eastenders-review-prince-charles-camillas-visit-walford-weirdest/ was Prince Charles and Camilla’s visit to Walford their weirdest ever walkabout?

Weekend sport goes ahead with Prince Philip tributes at every event