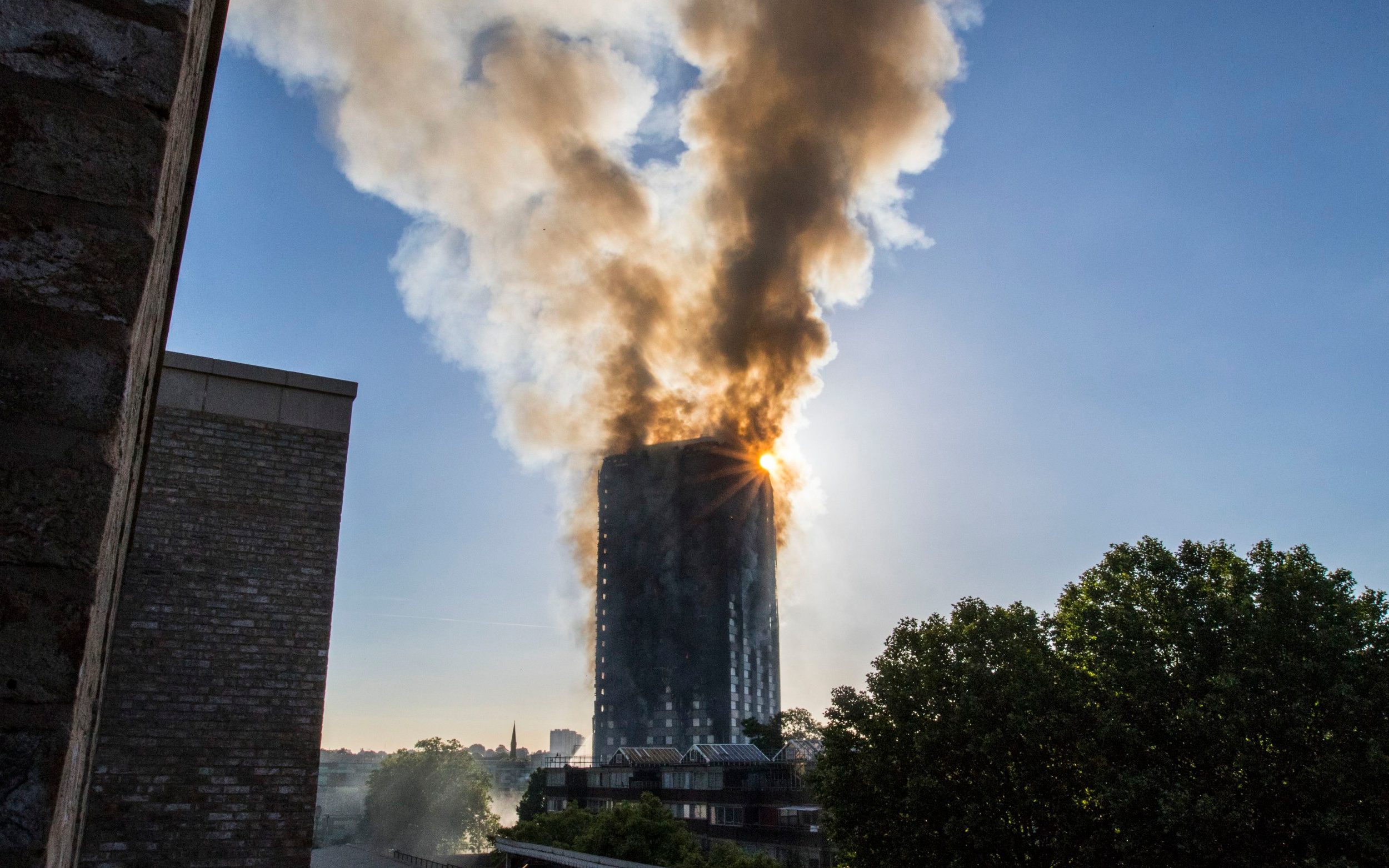 In 2014, Wehrle sent colleagues a test result showing PE boards achieved the lowest fire rating, saying they could no longer be used in certain cladding systems.

Nonetheless, two months later, Deborah French, Arconic’s UK sales manager, sent the old BBA certificate to the cladding subcontractors working at Grenfell, advising that the PE panels were safe. When asked if she “just drafted” the new information, French told the request, “Yes, I don’t remember what actions I took at the time.”

Celotex, which supplied most of Grenfell’s insulation, initially struggled to get its material to pass fire safety tests. In a 2013 email, one employee wondered, “Do we think that realistically our product shouldn’t be used behind most cladding panels because it would burn in the event of a fire?”

Jamie Hayes, a former technical service provider at Celotex, told the inquiry he had developed a plan to increase the chances of RS500 insulation panels passing fire tests in 2014 by adding fire-resistant panels to a test bench. However, he denied knowing that Celotex would hide this detail in its official report and subsequent marketing materials.

It was, he said, “a failure of the moral fiber” that kept him from challenging the company when it finally caught his eye.

Kingspan, which supplied part of the insulation for the project, found that its product, Kooltherm K15, erupted in a “raging inferno” when tested in 2007.

When a siding contractor, Wintech, asked if Kingspan’s insulation was suitable for high-rise buildings, Philip Heath, a technical manager, wrote in an email to colleagues: “Wintech can self-destruct and if they’re not careful, we will.” the a— sue [off] She.”

In a harrowing exchange of texts, Arron Chalmers, Kingspan’s technical project lead, joked with a colleague about the K15 being marketed as safe after it failed fire tests. “All we do is lie in here,” read one message.

Five years later, Anderson is still grieving. “You still feel the anger, the excitement, mostly sadness. It doesn’t get any less because you know it shouldn’t have happened. We didn’t manage to get closure,” she says.

Anderson, 49, a mother of two young children, was working at a charity just over two miles from Grenfell on June 13. An uncle called her and said her father’s block was on fire. She turned on the TV, called a hotline and was picked up by her husband and driven to the crime scene. Standing about 100 yards from the tower next to the police cordon, Anderson watched it smolder, knowing her father was on the top floor of an apartment where he had lived for more than 30 years.

“It was really messy. We were there for hours just trying to get information but it was just impossible,” Anderson says as tears stream down her face.

The family put up posters asking for information about Moses’ whereabouts. The cheerful, always-smiling 63-year-old – born in Trinidad, who has called Britain home since 1969 – was a well-known local figure. Family and friends frantically called hospitals and community centers. “I said ‘he’ll be fine,’ and ‘he’ll have been saved,'” says Anderson.

It would be around 12 days before police would confirm her father was still missing and she should fear the worst. It wasn’t until August that she received official confirmation of his death. His was the last of the funerals.

Upon examination, Ray Bernard was described as a “modern day Moses”. “My father kept these children quiet as they took refuge in his apartment. It was just his nature. He had this personality of leaving himself and giving to everyone else,” says Anderson.

Biruk Haftom, 12, and his mother Berkti Haftom, 29, who was 10 weeks pregnant, had fled their 18th-floor apartment and sought protection from Moses. Both died.

The boy’s father, Hayelom Abriha Woldegabir, 50, had lived in Italy; The couple had split up but remained friends. He remains heartbroken. “It’s very hard to find the words to express how it feels, let alone think about the horrific way they died,” he says. “Even if a hot thing touches my skin it feels awful, let alone being in a fire and dying in a fire. I can’t feel anything I don’t feel happiness.”

Like the other survivors, Abriha is angry that those responsible still have to be punished. “Without justice there is no inner peace,” he adds.

More than 180 “dedicated investigators” are working on the Grenfell Inquiry, with 9,000 testimonies recorded and 130 million documents to be examined.

Moore-Bick must write an investigative report, and only when that is complete will Scotland Yard and prosecutors begin the indictment – well short of the convictions demanded by the victims. Forty people have now been questioned under police caution.

This week Deputy Assistant Commissioner Stuart Cundy, the police officer overseeing the investigation, the largest outside of any terrorism investigation, said he “acknowledges the frustration of some at the considerable length of this complex criminal investigation.”

For the families, it seems, justice is still a long way off.

https://www.telegraph.co.uk/news/2022/06/11/grenfell-five-years-know-guilty-remain-free/ ‘We know who the guilty are but they remain free’

Letters: Cameron’s argument for the EU is that Britain is too feeble to make its own way in the world