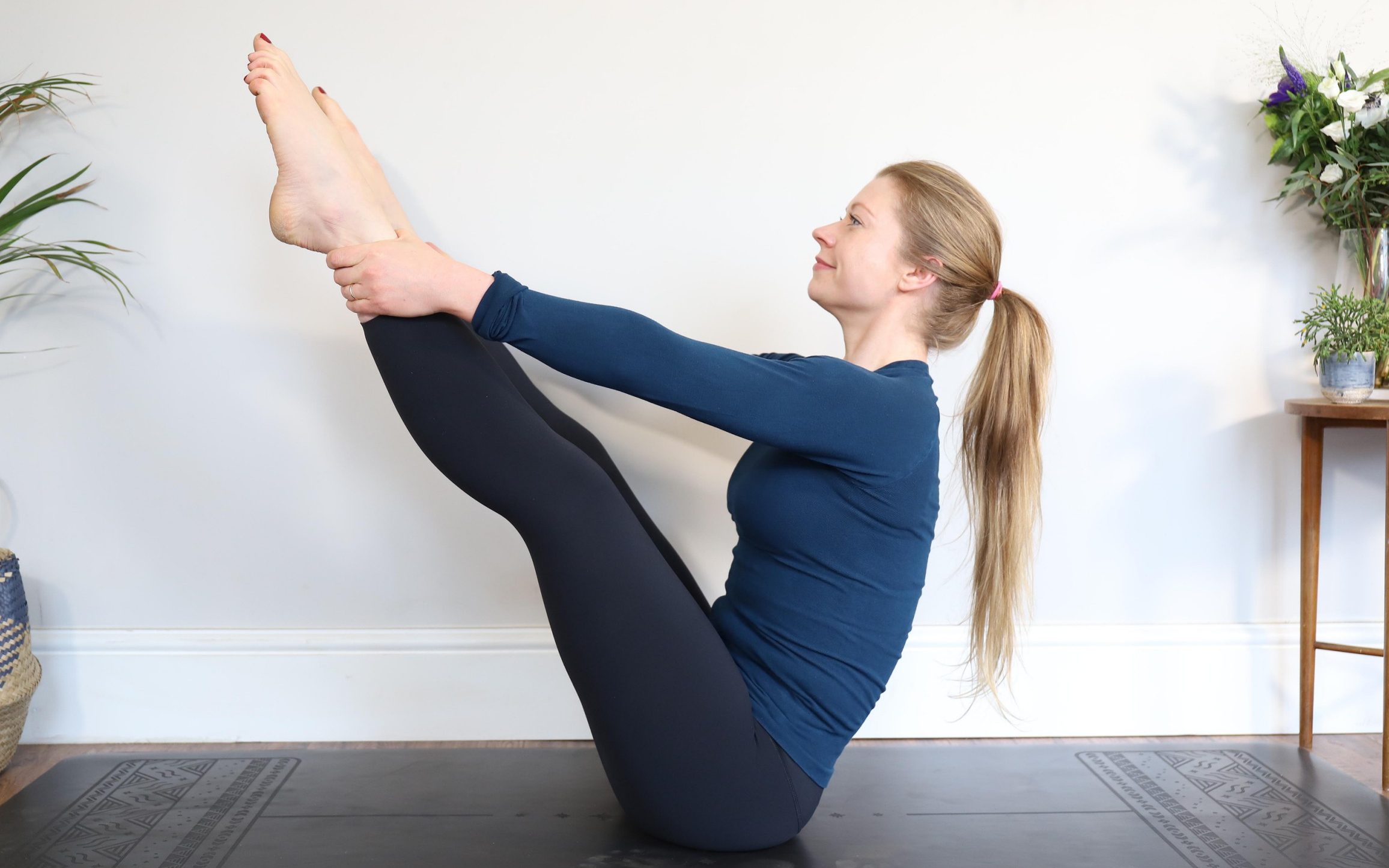 When I was pregnant with Freya, I looked around the prenatal fitness industry and felt that it was really lacking. It wasn’t very motivating.

There’s a lot of prenatal yoga out there, but when you’re used to sweating and pushing your body and feeling strong and capable, a lot of the feedback I got was that yoga is really boring. So I decided I could show women what they can do and what is safe during pregnancy.

There is a rumor that exercise and miscarriage are linked, which is completely unfounded. When I got pregnant in 2018 I realized that you are very nervous and anxious, you are constantly being told what you can and cannot do. There is nothing negative about exercise during pregnancy unless you have health conditions that would put you at risk anyway.

I started virtual classes when Boris Johnson announced gyms were closing last year. Thought I’d do a live prenatal class and see what the feedback was. It opened me up to a group of women who were feeling lonely and scared because they were unsure of the harm that would be done to their babies if they contracted Covid. The childbirth classes were going crazy. So we thought we’d use footage taken during my pregnancy and create the Bump Plan (a program tailored for all trimesters).

Our goal is to show that you can be pregnant and powerful. It’s not that you’re delicate and fragile, you’re incredibly strong. With the bump plan, you have six workouts, one for each day with a rest day. You can do them from home at any time of the day. There is also a weekly live class for members only, which gets very busy.

I spend my whole life talking about my pelvic floor, but at 25 weeks pregnant at a meeting in a coffee shop, I sneezed and wet myself. I didn’t know whether to laugh or cry, it was such a shock as they say I have a very strong pelvic floor. In Pilates we’re constantly attacking the pelvic floor, but you can’t demonstrate it and instead overdo it. For years I’ve clenched my butt and tightened my abs to show I’m raising my pelvic floor—but really, your glutes shouldn’t be doing anything. When I was later examined, it turned out that my pelvic floor was very weak.

About 62 percent of pregnant women experience stress urinary incontinence, which leaks when they laugh, cough, or sneeze. But that’s only 62 percent of women who admit it. It’s common, but it’s not normal. We might ask clients “Do you have any injuries?” but we won’t ask about the pelvic floor. Then we give a woman a highly effective exercise and we wonder why she’s going slow and then we ask why. Usually the answer is, “Well, I have two kids, I’ll never jump on a trampoline.” It’s good to admit it, but it’s not like just having kids means your pelvic floor is failing.

https://www.telegraph.co.uk/sport/2021/03/26/must-normalise-exercise-pregnancy-not-just-yoga/ We must normalise exercise in pregnancy — and not just yoga

How British research could hold the key to taming Monkeypox

Car flips onto roof after crash in Manchester