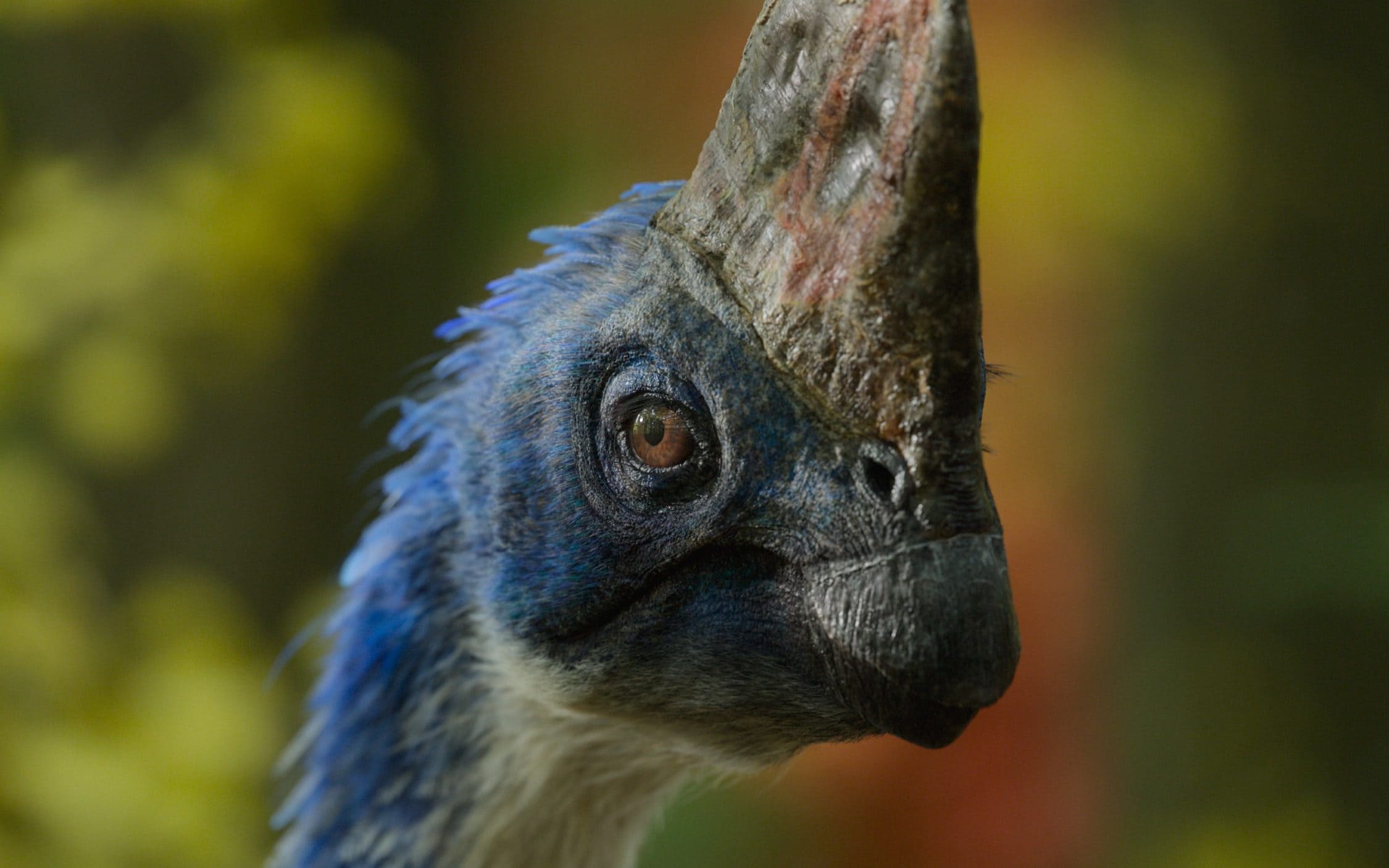 If you don’t have a dinosaur loving kid to watch with Prehistoric Planet (Apple TV+), may I suggest you borrow one? They are the target market and they will love it. You may be a jaded old person thinking, “Isn’t this like Walking with Dinosaurs or Jurassic Park without Jeff Goldblum?” but a few minutes later, my six-year-old turned to me in amazement and asked, “Is this real?”

And that’s not really a silly question, because Prehistoric Planet is a stunning feat of CGI. The dinosaurs look as real as any animal you see in an animal documentary. That is the point. The show takes cues from BBC natural history series like Planet Earth and replaces lions and meerkats and whales and what have you got with dinosaurs. It’s presented by David Attenborough and produced by the BBC’s Natural History Unit, but of course the BBC couldn’t afford a show like this – Apple clearly threw a huge sum of money in their direction.

The show is PG rated, but there’s nothing here to spook even the most nervous of kids. There’s no blood even if a Tyrannosaurus Rex gets stuck at lunch. Episode one opens with T. rex, the most famous of all dinosaurs, but cleverly takes an approach you wouldn’t expect: T. rex swims through the ocean and, with its offspring in tow, does a day at dad’s daycare.

The program makers know how to captivate young viewers. Who knew dinosaurs were so cute? The first episode shows many baby dinosaurs. As with all wildlife programs, you know one of these little guys is about to get picked up by a predator. All of this is hinted at by Hans Zimmer’s typically emotional Hollywood blockbuster score.

And like regular natural history series, it works best when size and spectacle are present: the cameras pan over a huge colony of pterodactyls on a cliff, or a group of titanosaurs rumbling toward the camera. Dear old Attenborough tries just as hard to tell scenes about coral or plants, but I’m afraid they can’t quite keep up.

As an adult whose knowledge of dinosaurs is fairly limited to the Big Five – T. rex, Triceratops, Diplodocus, Brontosaurus, and Stegosaurus – this series introduced me to creatures I had never heard of. It was sometimes unclear if some of what we saw were conjectures — for example, the exact way pterosaurs dived seaward to escape predators. But whatever. Channel your inner six-year-old and enjoy.

The best spa hotels in Devon

The Royal Family Has A Strategy For Keeping Prince Andrew At Bay, According To Royal Experts

What Happened To Kenya Michaels After RuPaul’s Drag Race?