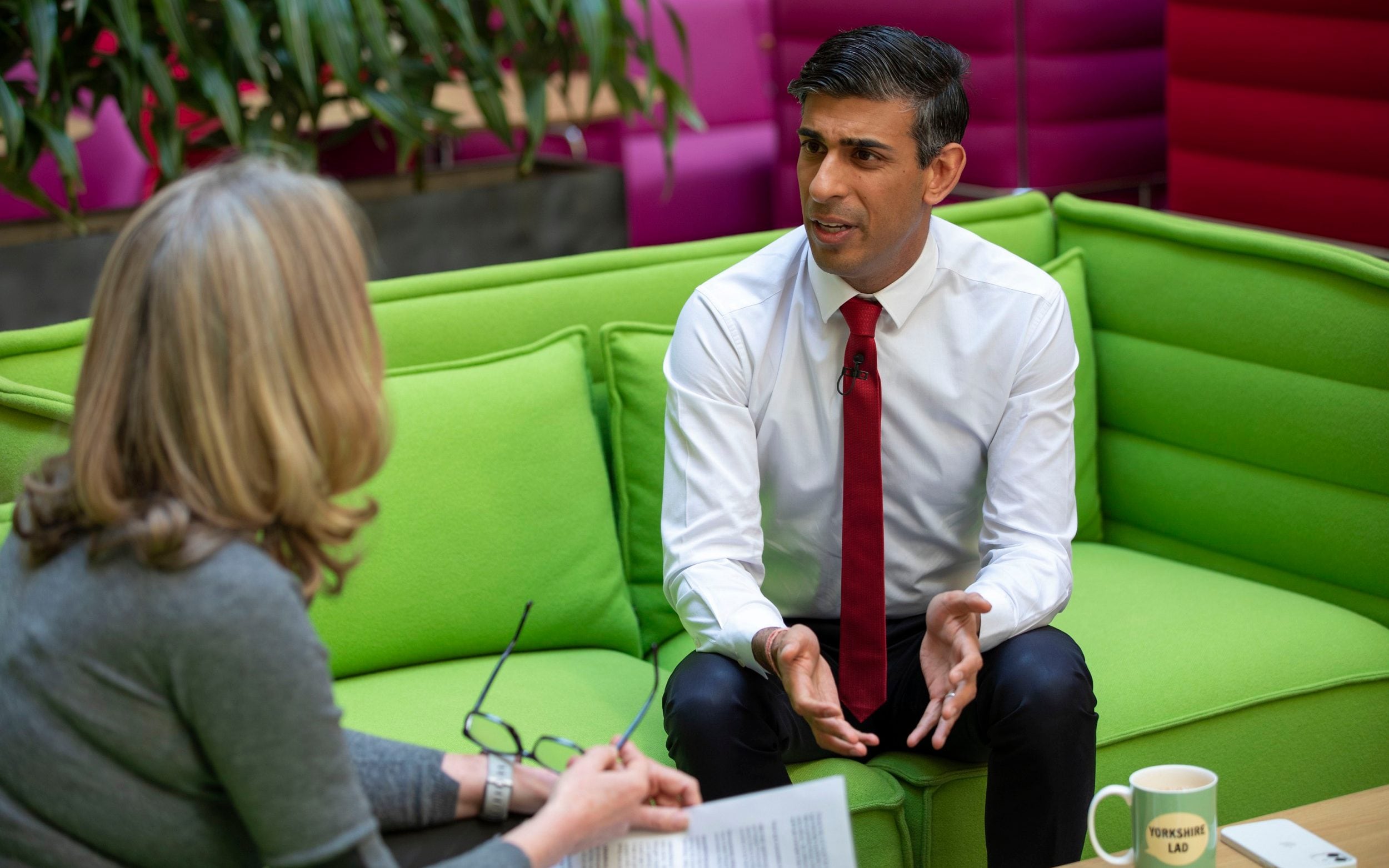 How will it work?

Mr. Sunak introduces a temporary 25 percent “energy profits levy” to reflect the “extraordinary profits” being made by oil and gas companies.

They now face an overall tax rate of 65 percent, which is a combination of corporate tax – currently 19 percent – existing additional levies and the windfall tax. This is far higher than companies in other sectors, which currently pay the 19 percent corporate tax. Additional fees apply in some sectors, e.g. B. a bank surcharge of 8 percent.

The new tax will only affect profits earned after May 26, 2022, and will “phase out when oil and gas prices return to historically normal levels.”

Official documents accompanying the announcement say it could last until 2026, with a clause repealing the tax on December 31, 2025.

According to the Treasury, it is expected to take in around £5bn in the first year and will be calculated “similarly” to existing corporate taxes. It does not apply to the power generation sector.

The levy also includes an Investment Allowance which seeks to encourage these energy companies to spend by offering 91p of tax relief for every £1 they invest.

In theory, oil and gas companies that significantly increase their investments would result in substantial relief that could partially offset the increase in Treasury tax coffers.

How does the tax work in other countries?

This is not unprecedented. Other countries have previously turned to windfall taxes to ease the pressure on household budgets.

Italy has also imposed additional taxes on utility company profits. Last month, she announced a 10% windfall tax on some energy companies to fund domestic help given the country’s heavy reliance on Russian gas.

What has Britain done so far?

Nor is it the first time that the UK Treasury has cracked down on companies with skyrocketing profits.

In 1997, then-Chancellor Gordon Brown announced a windfall tax on utility companies’ “excess profits” after they were privatized by previous Conservative governments. It aimed to rectify the “bad deal customers and taxpayers have gotten from utility privatization.”

The £5bn raised was used to fund a welfare scheme known as the ‘New Deal’ which aims to reduce unemployment.

In 1981, Margaret Thatcher imposed a 2.5 percent windfall tax on banks as interest rates soared. It grossed £400m, about £3bn in today’s money.

What do critics say?

Opponents of windfall taxes warn it could hamper investment as Britain seeks to boost spending to prop up the country’s energy supplies after Putin’s war.

BP chief Bernard Looney has said a windfall tax “will not encourage more investment” and many ministers agree. In March this year, Kwasi Kwarteng warned the plans would be “a tax on jobs, destroying investment and increasing uncertainty in oil markets”.

Earlier this month, the Business Secretary added that the tax “makes no sense” if Britain wants to encourage investment in the North Sea and have domestic sources of energy supply.

Many fear it could also send a bad signal to foreign investors if they think record-breaking profits could be sought in the future.

Critics also point out that retirees often benefit from the oil giants’ profits because pension funds own stakes in them.

https://www.telegraph.co.uk/business/2022/05/29/windfall-tax-meaning-uk-energy-companies-what-how-work/ What is the windfall tax and how would it work?